(1) The letter "W" is for Wickett's Remedy:  A book by Myla Goldberg telling of a young medical student whose marriage went sort of caplooey, especially until the begging of WWI when his wife became preoccupied by becoming a nurse.


Wickett, the young medical student, went off the deep end by dropping out of med school and becoming a medicine man.  He invented his tonic and called it Wickett's Remedy, which became a magic cure-all for many ails.  Unfortunately not for their rocky marriage.  I have not read the book but do have it on my reading list.


In my spine poem* below I used "Wickett's Remedy" for a subtitle, but more importantly as a first line legal remedy for a bad person Caught up in his misdeeds. 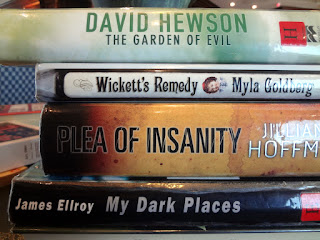 The Garden of Evil;


Today I am linked with  at The Imaginary Garden with Real Toads,


*Spine Poem":  A poem composed of book titles, mine are generally accompanied by a picture of them stacked up in order.  I then leave the stack on a shelf or table in the library. I doubt that many who see this will appreciate it one bit as a poem.  Sometimes they aren't much.


You can see some of my other spine poem works by clicking here. 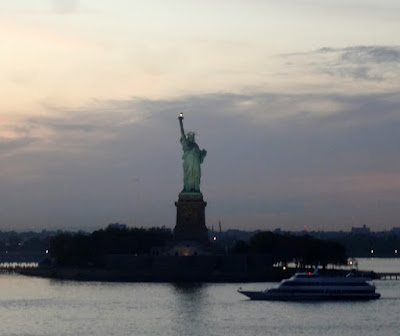 (3)  Not in the prompt/request:  I will be mostly 'out of pocket' for a couple of weeks but will return your comments when I am able.  Please leave your comment as I would like to hear from you.  To bad you won't be able to visit me.
To my old time readers, I am presently "in Jail".

The Fine Print:
- Teresa of Eden Hills, (click) is running this meme, Friday's Hunt.  Her rules are: "Welcome to linkup for Friday’s Hunt. It’s very simple. Anyone can participate. The link opens at 7pm Central time and will close Sunday at 7pm, so you have plenty of time to enter."