Quilldancing Assignment #3
Quilly had this posted on her blog on March 6, 2011:
Your Writing Assignment, should you choose to accept it, is to write a complete story in 500 words or less using the scenario below to kick-start your thinking. Publish your story on your blog March 15th, then come back here (to her blog) and link it to my March 15th story.

The photo below reveals the main character of your story. Your tale must also include a 4 leaf clover and a golden key.

(My entry weighs in at 498 words but is posted two days late on St. Patrick's Day.) 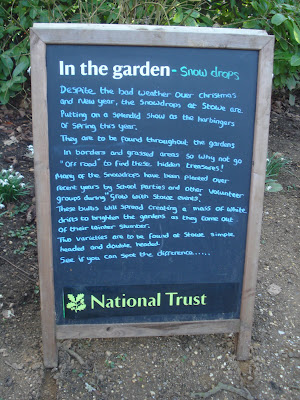 Betsy was up to her ears in white snowdrops. These little flowers were early this year and were getting in Betsy’s way. Betsy had been looking this day for four-leaf clovers. But now these darned snowdrops, well, they were confounding the issue. You see Betsy had stayed home ‘sick’ from kindergarten today.

It wasn’t that she didn’t like school, just that the other kids would tease her especially hard on St. Patrick’s Day for not being Irish. Irish was in, definitely. Didn’t they declare an Irish holiday for the old gentleman? After all he did scare all the snakes away.

So they say, thought Betsy. Grandmum would agree with her had she lived to hear it. Poor Grandmum. Somebody whacked her good whilst she was bringing in peat for the cook stove. Whacked her good and stabbed her with a paper knife.

It was barely six weeks since Grandmum had gotten killed and Mum was worried silly whenever Betsy went out to play. “Always tell us when you go,” she would say, “and don’t go out of the yard.” Fiddlesticks! There wasn’t any fun in the yard.

Now who in the world is this coming out here? Mum always said don’t talk to strangers. I hope they don’t want to talk. I’ll hunker down a bit and hide over behind this stump.

“Hey you. Kid,” hollered the one with the hairy eyebrows and ear lobes, “come over here.”

“Mum says for me not to talk with strangers,” Betsy replied meekly in her shaky little voice, “and you look strange to me.”

“Peanut, you come over here,” commanded the one with the crooked nose. “Who you calling strange, you Brit little silly? Just a tiddler should shut his mouth about being strange.”

Betsy knew in an instant that these blokes were up to no good. Calling her a boy made no sense. “Run, run fast,” entered her mind. That was what Father would yell she knew. Both men were chasing her now, each with a paper knife raised to strike! Betsy ran faster!

The bloke with hairy ears threw his knife. It sailed past Betsey’s shoulder. That was a close shave! Wow! Then she stumbled. Her left foot got tangled in a string. Strange! Was everything strange today?

Betsy found herself falling into a hole. Not the rabbit hole like Alice found. Just a deep hole. Out of sight in the hole, Betsy unraveled the string. Yikes! This might be her lucky day! A gold key at the end of the string. But then, …

That the key had been her grandmum’s was her fortune today. The crooked nose fellow had thrown the string. Grandmum’s key was on it! With those guys in jail now, and the chest to unlock, Betsy was on High Street!

Better yet! Inside the chest was Grandmum’s four-leaf clover. “This is my lucky day after all,” she sighed. And smiled. She would be a hero in school tomorrow. Thank you lucky snowdrops.
- - - - - - - -

Happy Saint Patrick's Day!! A four-leaf clover for you

.
In the year 2007 I actually did find a four-leaf clover.
It was in Ireland of all places!
The following is a part from one my annual St. Patrick's day posts (link): I picked this clump of clovers beside the sidewalk leading to downtown Killarney, Ireland. There was only one with four leaves. You will have to find it, I did not pick it. Isn't picking four-leaf clovers bad luck? Later in Scotland I was able to find another four-leafed one. Our nice B&B in Killarney. This one was on a hill with a wonderful view from our front bedroom window. (link to Muckross Drive House) Here is the one I found in Scotland. It was on the grounds at the Drummond Castle and Gardens (link).
. This picture is not clear although it may show you the four leaves more distinctly. 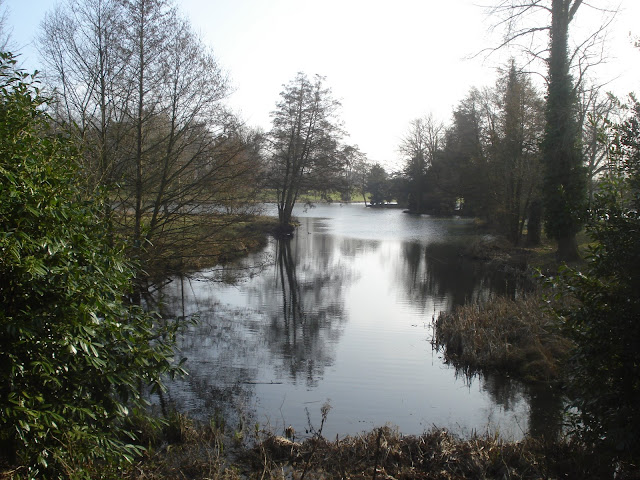 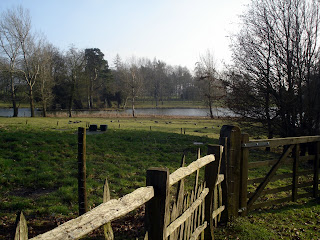 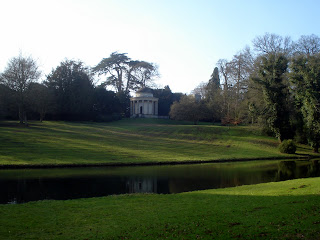 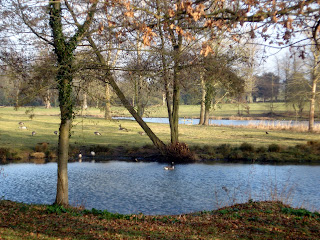 We enjoyed our walk through the Stowe Gardens, outside of Buckingham, U.K. Much of the garden still needed planting but what had come up on its own this spring was beautiful.

These pictures are from our afternoon walk around the lake to the south of the Stowe House. Our walk in pictures began in this blog earlier, on March 7 (link). 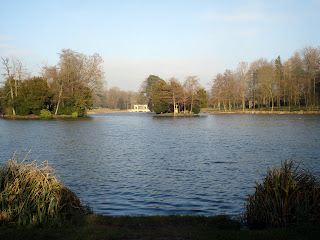 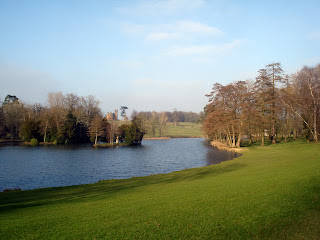 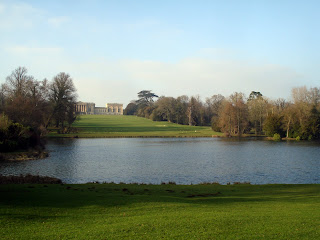 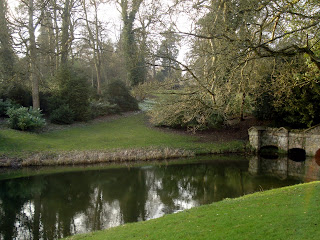 pi R square
peach
one eighth for you

I am not a mathematician but I do have a math minor to go along with my bachelor of science in economics. For me that involved taking seven college math classes for a total of 21 semester hours.

Differential Equations, DE, was my most involved class that I completed. Advanced Calculus was my 'weedout' class, i.e. I dropped it before completion. Read here to find out why this course "weeded me out."

Oh yes, One Single Impression (OSI) invited us to write the Pi Ku for Pi Day. One little insight here, both Sandy and Andrée, instigators of OSI, are teachers. Andrée teaches Math, Sandy I think not.

Their idea for the Pi Ku is to have a three line poem which is similar to the Haiku. However, the syllable count is three, one, and four instead of the five, seven, five of the haiku.