Tagged: "Getting to Know you Meme" from Jim My friend MaryT tagged me for this meme. I'm delighted to do it! Thanks MaryT! [Note: since I am a chronic procrastinator and rank 3.5 on Jamie D's analyzer scale (means I don't finish things) this one is late and not finished. But I had to get it posted or it might get lost forever.]

One thing that worries me a little is that Mary will forgive my punctuation. This is a nightmare and if it were an English paper there would be more red from the teacher than I would have in blue ink. [I rally am not bothered that the picture appears to be a lady thing, I can write this meme if I'm tagged to do it.]

1. The rules of the game get posted at the beginning.
2. Each player answers the questions about themselves.
3. At the end of the post,the player then tags 5 or more people and posts their names, then goes to their blogs and leaves them a comment, letting them know they've been tagged and asking them to read your blog.
4. Let the person who tagged you know when you've posted your answers.

The theme is "Getting to Know You." You were probably better off NOT knowing me, but a deal's a deal, so, here goes...


1. What was I doing 10 years ago?
Let's see. That was 1997. Mrs. Jim and I were making plans for retirement. We were looking for a place out of the Houston area, yet close by, and fairly safe from those nasty hurricanes.


2. What are Five Things on my To-Do List for today:
a. Keep on cleaning up my messes.
b. Monitor the work of the painters who just finished power washing all the green and black stuff today. The outside of our house, including the balcony overlooking the golf course and the front door refinishing are on these guys' list. They painted a lot of the inside a couple of years ago. 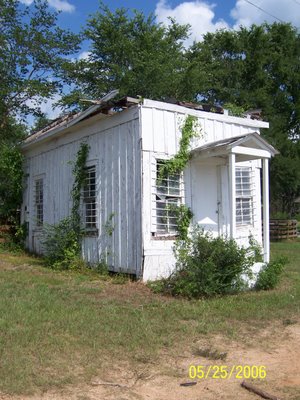 c. Do some blog writing and reading. Touching up on this blog and writing a post for Ask Dr. Jim (blog) are on the list.
d. Go for a walk with Adi (finished the walk, click on the pictures for larger view). Adi also gets a bath.
e. Take a nap after the painters leave. I have to schedule these naps or I might just go to sleep in place. 3. Snacks I Enjoy:
Fat free saltines and peanut butter, cheese and crackers, chocolate candy, ice cream, and fruit are on my snack list.

4. Things I would do if I were a Billionaire:
I already am a billionaire. If I had several billion I would give more $$$$ away to those in need. I would buy hundreds of Big Kids Happy Meals for MacDonalds and pass them out to those who live under the bridges and in the tree settlements and give at least one to every person I see who was holding up a "Work for food" sign.
One other thing I would do is to spruce up my wardrobe. I would buy two golf shirts alike every time I get new ones. I would take them to a tailor with orders to cut a nice looking pocket out of one and sew it onto the other. I just don't like those shirts without pockets. The ladies say I could carry a man's bag. I don't think so.
In the wardrobe area, I would also buy some more socks. Black ones, navy blue ones, and white anklets for summer. I buy them by the dozen at Sam's but mine are getting pretty bad off.
I might even get some new shorts as most of mine have holes other than the leg holes. I get them by the dozen also. Mom said never wear underwear with holes out in public as there might be an accident and we wouldn't want the hospital people to think we wore holy underwear.

5. Three Of My Bad Habits:
I just don't have any of those. Mrs. Jim can't even think of any. We all know I am an exceptional man in this regard.

6. Five Places I have Lived:
a. Nebraska -- birth until drafted into the Army;
b. El Paso Texas -- in the Army and a couple of months afterwards;
c. Manchester, New Hampshire -- I was working as a Philco Tech Rep Field Engineer at the Air Force spy satellite tracking station;;
d. The Houston, Texas area -- my work drew me there; and
e. Montgomery, Texas (RFD) -- our retirement home.

7. Jobs I Have Had:
a. detasselling seed corn at Tekamah, Nebraska
b. building the new paved road between Craig and Tekamah. I was on the form gang with two other hard working fellows. These two co-workers were American Indians.
c. at the Miller and Paine department store while attending the University of Nebraska. I worked mostly in the rug department but did working either their candy factory and/or in the China department at Christmas time
d. Elgin National Watch factory in Lincoln, Nebraska after I dropped out of the University of Nebraska. Jobs there, from first till I got drafted into the Army, were a degreaser machine operator, a set-up man for an assembly line of 16 women operators, a drill operator drilling two holes in watch parts (I would have been laid off if I had not bumped a lady who was doing that job), and an automatic screw machine operator. The last was more of a man's job, the drilling job was a woman's job if there ever was one.
e. parking cars at a car park garage in Lincoln part time while also working at the watch factory.
f. stuffing the funnies and ad inserts into the Lincoln Journal on Saturday nights while also working at the factory.
g. the U.S. Army for five years. Jobs were teaching at the Clerk Typist school at Fort Bliss, Texas, a personnel records clerk at Headquarters (Fort Bliss), a NIKE Fire Control Systems (radars and computers) Maintenance Technician.
h. then as a civilian, a Philco Tech Rep, teaching at the forenamed school, working as a telemetry technician at the tracking station in New Hampshire for three years [operating and maintaining telemetry ground stations and teaching airmen to take over the tracking station equipment]
i.working at the Houston Johnson Manned Space Center in the control center for 14 years[my best like job of many was in Flight Control, teaching astronauts and flight controllers, then operating from a control console during the space mission times]
j. Jacinto College as a professor of business for 22 years.
k. I am a licensed attorney but do not do legal work for contract ($$$), only some pro bono work for those strapped for money.
l. [I went back to college when I got to the Houston area. I had dropped out for eleven years, then upon returning it took me eleven years of night school before I had had enough as a college student. I liked the atmosphere with all the exciting young people though so teaching at the college was pleasant. Every now and then I will run into a former student.]

8. Five People I Want To Know More About:I Am Tagging:
I am tagging anyone who wants to be tagged. You will have to write this wonderful meme, it was fun. I have another in the works. This one is a volunteer job like this one will be for you. Please, pretty please!

Here was our problem last Saturday: . We were going for brunch at our clubhouse. But the someone here at Bentwater (link) had reserved it all day. His granddaughter was getting married. We knew the other eating place at the yacht club was closed as it was on the Internet, but not this one also.

We did want to eat a little special, as it was my sister and her husband's 50th wedding anniversary. .So we did the next best thing, we drove over to Montgomery to the Heritage House Restaurant (review link). It wasn't open till eleven, and then not for breakfast.

We did a little antique shopping and touring in Montgomery and then came back to this sumptuous meal.

Lois (sister), Jim W. (bro-in-law), and I had chicken fried steak. Mrs. Jim opted for fried catfish. What you see in this picture we got for $6.95 a plate. It included the salad bar, entree, and two vegatables. We all had some excellent cooked in the kitchen green beans. Some had mashed potatoes, Mrs. Jim had the very best, the corn fritters, and I had French fries since corn is now off my food plan.

It was all very good; we didn't have room for any of the kitchen made deserts. Mrs. Jim brought at least half of hers and most of the cole slaw home in a doggie box and the two of us had a ready prepared supper.

Thank you Mrs. Jim, for sharing your food with me. Adi did get a few bits of the catfish breading. She likes corn bread so much and we didn't want to disappoint her. .While we were waiting and again afterward we did in the antique shops in Montgomery. There are several, we only went to four. This nice steamer trunk had everything workable.

He (God) will wipe every tear from their eyes

Don't cry about this, there is a solution

.
More about this problem (see sign picture) tomorrow or Tuesday.

But first these messages:

First Message:
“I saw the Holy City, the new Jerusalem, coming down out of heaven from God, prepared as a bride beautifully dressed for her husband. And I heard a loud voice from the throne saying, "Now the dwelling of God is with men, and he will live with them. They will be his people, and God himself will be with them and be their God. He will wipe every tear from their eyes. There will be no more death or mourning or crying or pain, for the old order of things has passed away.”- Revelation 21: 2-4

Second Message:
My sister, Lois, and husband, Jim W, from Iowa stayed with us last night and we visited for the day. Today they are at their daughter's, my great niece, who lives south of Houston in Friendswood.

Tomorrow or Tuesday you can see here how this pitiful situation was rectified. Hint: the Jim Bunch doesn't miss many meals.