Friday's Hunt for the week of March 17:  Starts with K; Week’s Favorite; and Drink

(1) Starts with "K": I've been hurting here.  So when we went to the "World Market" store here I took a few pictures with items for sale that began with "K" words.  I quite after these: 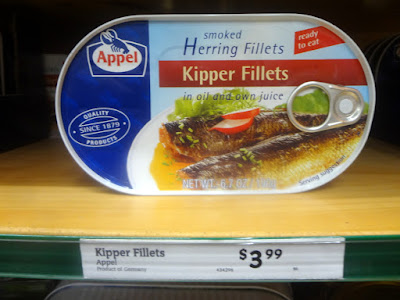 "K" is for Kipper Fillets, i.e. Herring Fillets.  $3.99 seemed a little high for this can so for sure I would only take home the picture.

When I was growing up (on
Dad's farm) my father would buy fish by mail order from up North some place, perhaps Wisconsin or Michigan. 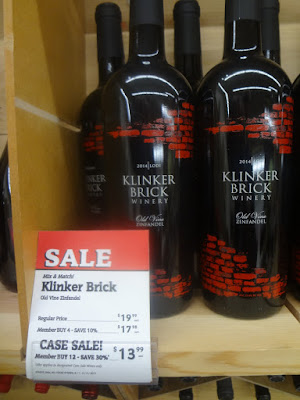 He would order some herring and also cod.  Add a few gallons of oysters.  It came in frozen, packed in dry ice.  Eating seafood was a a relief from the fried chicken, roast pork, ham, and chops.  Once in a while he would kill steer to eat, not often.

The other non-farm-raised food we had quite a lot of was processed meat like bologna and hot dogs.  We were rationed hot dogs, only two.  So I split mine into fours and had eight hot dog sandwiches.

My second "K" find was over on the wine shelves, there I found some "Klicker Brick (vineyards of California)"  Zinfandel wine.  It was on sale but I wouldn't have any idea if it were a bargain. 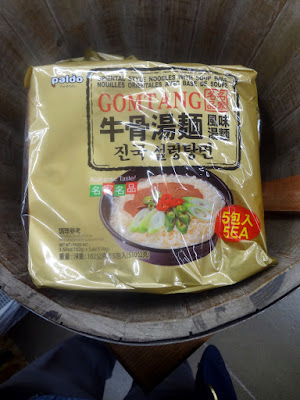 We don't buy much wine, and Mrs. Jim buys it when we do.  I have been tempted to call her a frustrated Sommelier who has missed her calling.  Our University of Houston does offer a Sommelier course and since we live in Texas tuition would be free for us, Senior citizens.

Next "K", I have no idea what this is but the label said "Korean Food".  I suppose if one were Korean he or she should be able to read the label.  We had a Korean lady friend up at Montgomery who could read Korean.

She could read most oriental language publications because they mostly use the same characters.  Of course that didn't say she knew the meaning of what she was reading except for the common oriental language words. 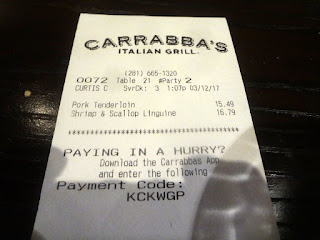 She was an artist so for us she also rescued a painting for us after it had fallen off it's wall onto the tile floor.  While she was doing that she also painted in some places that the assembly line artists had missed or botched.

Lastly, our code word so that we could pay our Sunday after church food bill with the Carrabba App was "KCKWGP".  Neither of us had the app so I paid using the conventional method. If you have one you could 'pay ahead' for me.

The food was good, each of us took home half our entry for a leftover meal.  We divided that in half for lunch and supper.

For lunch we finished off my spaghetti and shrimp and scallops.  I put in another five shrimp before heating so we would have enough.  The original had six scallops and six shrimp.  I ate the shrimp with the plan to add more at home.

Then Monday night we had Mrs. Jim's pork and broccoli.  It was also very good and nice and tender. 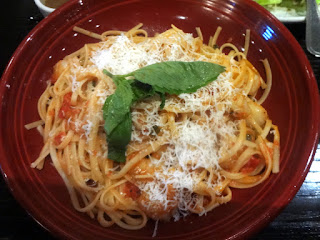 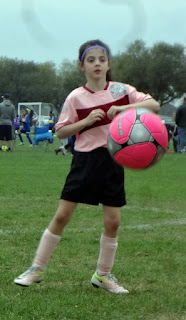 Oh yes, my salad was a Caesar Salad with Balsamic Vinegar/Oil dressing with anchovies (chopped in the small dish).   I don't eat the Caesar dressing as it contains raw eggs.  This one did, I always ask.  Generally I then have Oil and Vinegar but that was not an option here.  You have to ask for the anchovies but since they are traditional with the Caesar Salad generally they will add with no extra charge.

(2) Week’s Favorite: Winter-Spring Soccer is in full swing here for the Kids.  KP's team won, two to naught for their first game.  Last fall they lost it, six to zero.  Here are a few pictures. She plays Left Defender and is wearing a bluish purple head band.  [Click on a picture that you'd like to see bigger.] 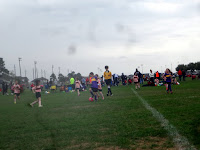 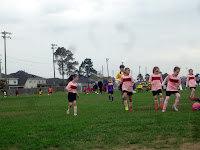 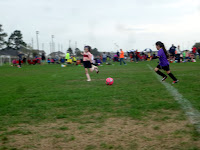 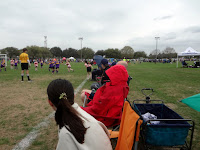 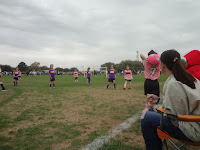 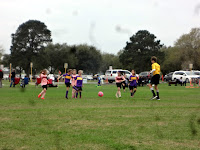 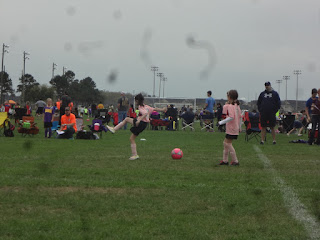 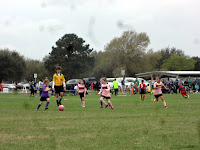 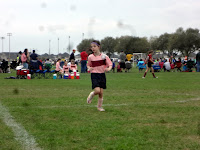 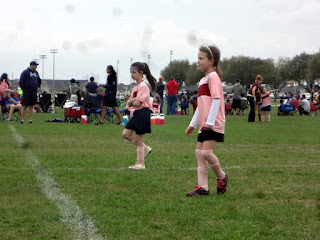 Do you think the wise rabbit drank them all?
You can see for yourself, just click right here

The Fine Print: - Teresa of Eden Hills, (click) is running this meme, Friday's Hunt.  Her rules are: "Welcome to linkup for Friday’s Hunt. It’s very simple. Anyone can participate. The link opens at 7pm Friday Central time and will close Sunday at 7pm."
http://www.inlinkz.com/new/view.php?id=703292