There weren't any of the countries starting with "X" that I have visited.
Several cities starting with "X" over 100,000 population made THEIR LIST, all either in Mexico or in China.  I only recognized ONE where I have visited, it was Xi'an.
Xi'an, Shaanxi province, China -- We visited Xi'an back when I had just retired and took our three week tour of China.  Xi'an has a population of about 8.5 Million and is located in northwest China.  We went to Xi'an specifically to visit the Terracotta Army discovery. We flew from area to area and there were no bus days for us. 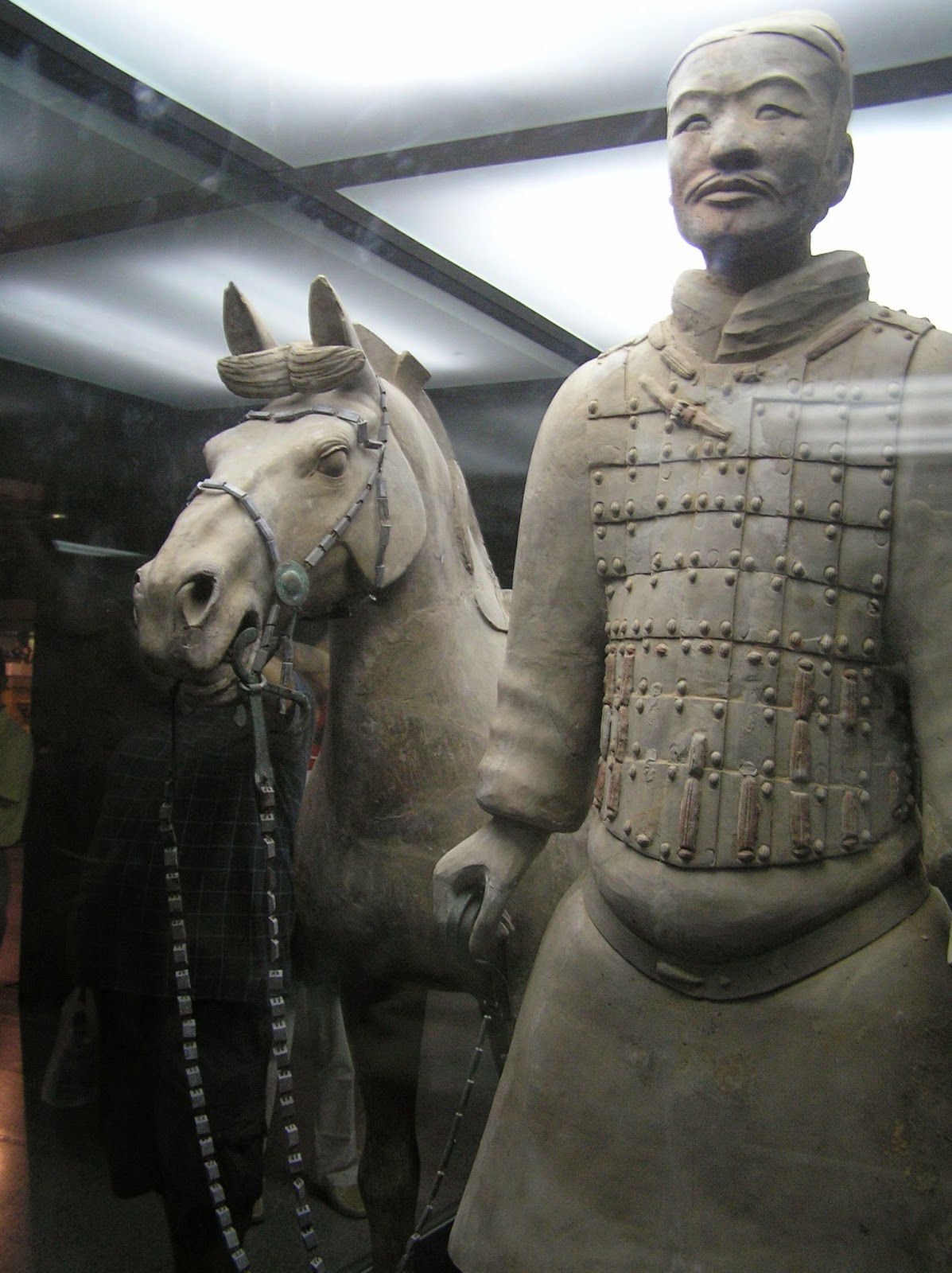 Following is the introduction to the Warriors from Wikipedia.  You can read the rest of the article, click here.
.
.
"The Terracotta Army or the "Terracotta Warriors and Horses" is a collection of terracotta sculptures depicting the armies of Qin Shi Huang, the first Emperor of China. It is a form of funerary art buried with the emperor in 210–209 BCE and whose purpose was to protect the emperor in his afterlife.
The figures, dating from approximately the late third century BCE,[1] were discovered in 1974 by local farmers in Lintong District, Xi'an, Shaanxi province. The figures vary in height according to their roles, with the tallest being the generals. The figures include warriors, chariots and horses. Estimates from 2007 were that the three pits containing the Terracotta Army held more than 8,000 soldiers, 130 chariots with 520 horses and 150 cavalry horses, the majority of which remained buried in the pits nearby Qin Shi Huang's mausoleum.[2] Other terracotta non-military figures were found in other pits, including officials, acrobats, strongmen and musicians.

Many of you have seen pictures of the Terracotta Army.  My China pictures are tucked

away and need me to scan them.  As I am away, instead I am posting from Wikipedia.

Our visit was really nice, I think we bought a souvenir book written by the Farmer (also autographed) who dug down to where they were as he was digging his well and found them.