A few hours at the Burt County Museum, Tekamah, Nebraska Dad was on the Board of Directors here, he also was the Treasurer for quite a spell.

I used to tease him and tell him that the reason he was asked to be on the board was because he met the qualifications 200%: Dad was retired (time) and he had a pickup truck (utility). The perfect untouched snowy lawn for a nice kid game of 'Fox and Goose.'

Go to my PHOTO PLACE for three new pictures of the Burt County Museum in the snow. I will post about our visit there later when we are back home. 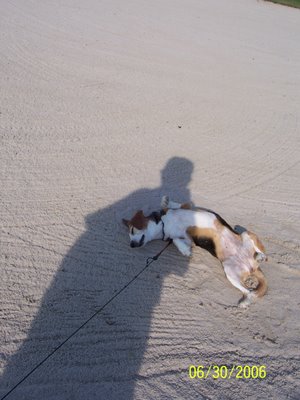 Note: Adi is some better today (Tuesday)! Her appetite is good, she doesn't yelp as often, etc. She still sleeps a lot. The hectic times probably started slowly with me being at the church at 8:30 last Thursday morning. Several of us and a group of seven from Albecete, Spain, would do an Austin and Texas Capitol Building tour. You can see pictures and read Dale's report of that on his blog (link). We have been to their church in Spain as missionary guests twice.

Then Friday night we went to the Gaither Christmas Homecoming concert in Houston. That was an excellent concert that lasted four hours. Again we got to see our friends from Spain. We left our church in two small buses at three p.m. and got back there around midnight. It was almost one when we got home.

Saturday morning we were on the road to Louisiana by 7:30 the next morning for a funeral in Union Hill, outside Glenmora.

The funeral was for Mrs. Jim’s last uncle, he died of cancer at age 75. The uncle played guitar and mandolin. This was a time for a family reunion and a celebration for her uncle’s life and now “Homecoming.” Uncle Lonnie’s friends and relatives played some blue grass gospel music for ten minutes before the service started. They also played three songs during the service. There was a lot of other singing and playing, a lot of the singing was done by Mrs. Jim’s cousins.

Then we had another four hour drive home. We were to attend the Bentwater (our subdivision) Ladies Christmas dinner at seven. They started serving food at eight. We did go and had a very nice meal.

When we got home we decided to take her to the Animal Emergency Clinic of Montgomery County in Conroe. She had moped around and wasn't walking good at all. She walked around the house with her mouth open and panting (tongue was out) When we came back from our walk outside she didn't want to jump up onto the porch. I had to lift her up.

The doctor did Xrays and found a couple of vertebrae, T12 and T13, almost touching each other. His diagnosis was a ruptured disk so that it was pressing on her nerve. Bed rest was prescribed for her. So he put her on Prednisone, Robaxin, and Torbutrol for about eight days. She is some better this morning but all that medicine and her injections had pretty well laid her low..Her appetite is good, she doesn't yelp as often, etc. She still sleeps a lot. Mrs. Jim said Christmas should come early, so Adi got her new bed to lay her little head off.

Adi is staying with her Uncle Mike now, while we are in Nebraska. We will leave Houston at six in the morning! Dad's farm will be sold on Friday! Link to the place where I was born.

In Nebraska we will visit with my three cousins and families, and Cliff Morrow and his family. That ought to be nice!

As soon as we get back Saturday we will be getting ready for Mrs. Jim's Sunday school class Christmas party at six. Thank goodness it is being catered (at our subdivision clubhouse) so we won't have to prepare any food ourselves to take.

Then Sunday morning to the church at 7:30 because the orchestra is playing. Mrs. Jim plays viola and does the orchestra music librarian job volunteer.

After church we will eat then run to Pasadena to get Adi. I know she will be ready to see us, she always misses us very much. She will be at the vets next week for follow-up.

Oh yes. I had to take Adi to the E.R. last night and we got home after two p.m. So I forgot to do my Sunday post.

So here is a religious joke to fill the spot for us (e-mailed to me by friend, John):

While driving in Pennsylvania, a family caught up to an Amish carriage. The owner of the carriage obviously had a sense of humor, because attached to the back of the carriage was a hand printed sign...
"Energy efficient vehicle: Runs on oats and grass.
Caution: Do not step in exhaust."

Now back to Adi. She has a slipped disk, between T12 and T13 vertebrates. Her medicines is a muscle relaxant, a calmerdowner pain pill, and some s in decreasing dosages. She may be a lot better in four days. You can pray for her.