1. Heard the other day from the NASCAR announcer:
"Dale Earnhardt, Jr, got/received a minor penalty for speeding." Dah.

2. First Cars for the family members (this is to be continued): 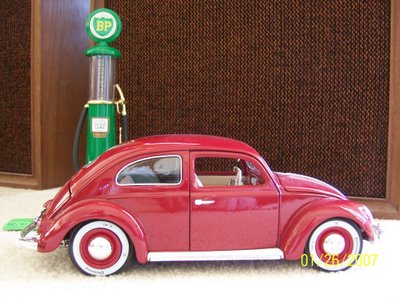 The 1956 Ford car above was my third car, mine was light green and white. Be sure to check the large size picture --> [large picture] [supersize] for a surprise! Link for more about my 1956 Ford Sunliner, click here.

3. Per Jeff Millar (co-author of Tank McNamara (see it link) comic strip-Wikipedia article):
"If you have a land choice, never get behind a Lincoln Town Car"
I wonder why?

4. I would like input on your first car or other car items in your life. Thanks.

At our house, the only good June bug is a dead June bug. .
These brown June bugs fly around at night and are attracted to the lights. Especially in the spring here in Texas they are very prevalent.

This one was found the morning after, on March 31, 2008, laying dead on our back porch. Texas June bugs come earlier than in most places. Most places they come in June, hence their name.

The evening before we could hear just a whole lot of them running into the windows, attracted by the lights inside our house.

One last thing, Texas June bugs are about an inch long, a lot of places they don't get nearly that long.

In case you don't like bugs, here is a picture of Amber taking her catnap. That's right, my sister-in-law and her husband (Velma and Royce) are celebrating their 45th wedding anniversary today! How in the world did they manage that? (They are the couple on the left in this picture below from last year) 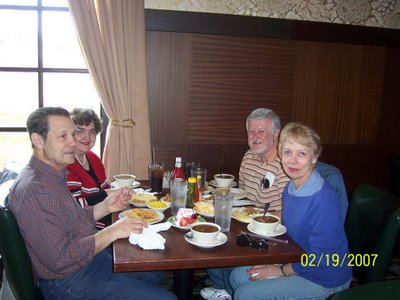 I didn't ask that question, instead I asked Velma what her favorite Bible verse was.

Her answer to that one? She and Royce put their heads together and came up with this one. "I can do all things through Christ which strengtheneth me." ***

Did this apply to their happy marriage also? Yes indeed, they are an excellent witness to the Christian life including their marriage.

They are also blessed with three loving children and their spouses and five loving grandchildrean! God has indeed blessed this couple.