Where did Jim go?
.
{you can click on any picture to make it
large. Then hit the 'back button to get
back to the blog.}
.
[This is Bumpy R, and I'm trying to figure it out.
Jim gave me the key to his blog, this may be the
only post I ever do. He offered to let Susie have
it for free, to loosen up a little and write stuff.
She hasn't said yes that I know of, but the offer
is a standing one.]
.
I don't know where he could be.
.
But I do have some pretty good ideas.
. 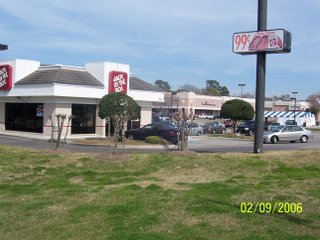 You see, his little world ends here. This is where he launches when he goes. That is his Mustang sitting in front of the Jack-in-the-Box. I saw it there the other day. I think he was practicing a get-away.
. 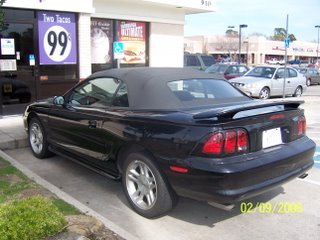 Jim always gets spring fever. Either he is going to be missing this spring or he's trying to do it up right, one more time. [There's a song like that, One More Time. Jim always did like those old rock songs. All of his CDs are gone too, maybe he is living out of the Mustang, just rocking along, and sleeping under bridges.]
.
He was saying he already had his income taxes done this year!! He always gets an extension!
. 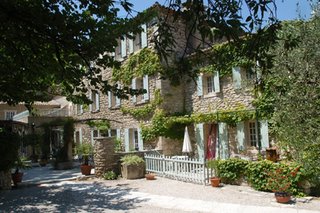 Mrs. Jim was talking about him going to jail for a long time. Jim said if he ever went, he would probably be sent here.
. 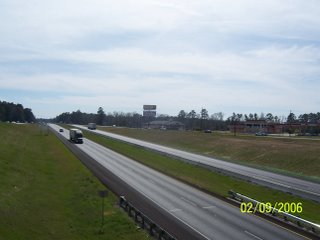 Now the neighbors moved to Mexico a couple of years ago. I think he was envious. That would lead south. Down this road.
.
That south road also leads to the George H. W. Bush Intercontinental Airport. From there is East, West, North, or South, of course if he flew Delta, he would have to go east through Atlanta.
.
His new neighbors have a place in Colorado, near Telluride, I think. He did invite the Jims to come ski this spring. I hear there isn't much snow left this year, early for that bad news.
. 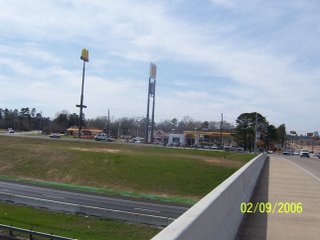 That would be west. It goes back through Jim's little world, then on through Montgomery to the wide open Texas wild, wild, west. I know that Mustang would be flying along there, right now. I know he's had it over 150 a couple of times! It's really fast. Jim calls it a 'four-wheeled motorcycle for old men.'
. 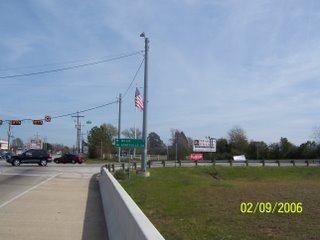 What about to the east? That is where the prison is. There is another prison to the north? East is another way to the Bush Intercontinental Airport. [The last time I flew, to get to the airport we had to go south first, down through the Woodlands and by the quaint little town of Spring.]
. 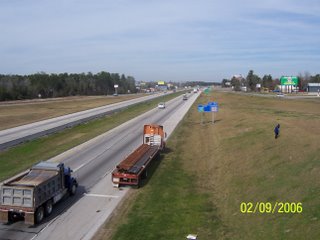 We could ask his sister, Lois. I don't think he wants to be in Iowa right now, they are still having winter. That would lead north, up this road, through Dallas and Tulsa. Brrrrrr.
.
I'm sure Karen (link) will have something to say about this.
. 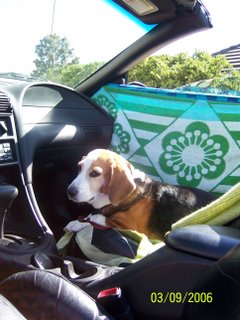 Adi.
I haven't seen Adi around his house. Jim is very careful having Adi in his Mustang. He puts down blankets on the seats and towels over the door and the window sill. She sheds hairs at times and hairs don't belong in his Mustang.

Just last week, Jim took Adi to get her nails trimmed. Is she with Jim?
.
Maybe Karen knows where Adi is. She will hear from Adi if they are well. Do dogs get to go along to prison?
. 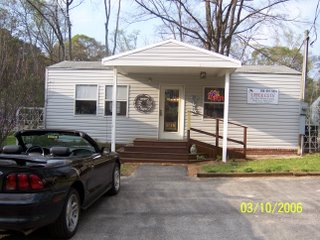 Jim even got a haircut the next day!
.
Now Mrs. Jim said she got him a new purse. That leads me to believe he might be going to a place where men carry purses. Do you think Jim has enough junk to fill his purse?
.
I do hope we hear from Jim soon. We are really worried about him.
. 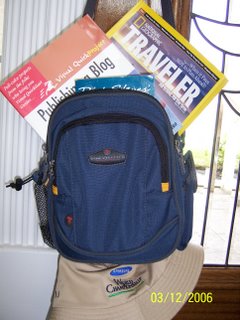 I just heard, Jim is using that purse!
.
He won't be back blogging until Wednesday, April 19! So mark your calendars.
.
He said "Arrivederci" and "per favore rosa vino. Cin, cin!"
.
I thought I had it figured out then, but wouldn't you know there was more; "S'il vous plait, je voudrais une bier a emporter avec deux hot dog. Sant'e!"