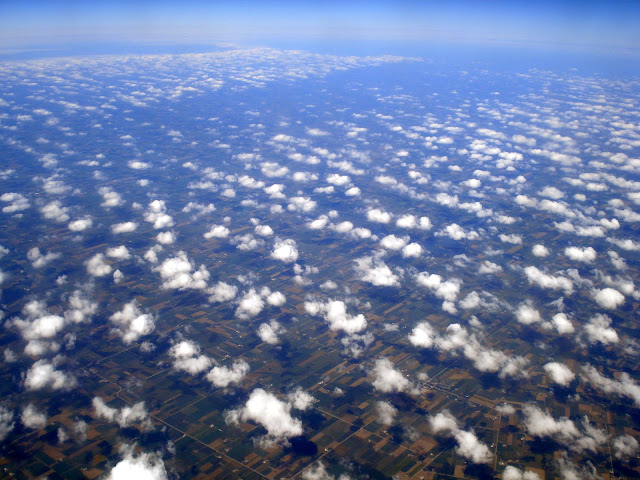 Those words were sharply spoken by the cloud drill master to the little cloud that meandered out of formation.

We were flying Delta Airlines from Detroit to Quebec City, Canada when I spotted these clouds. They were all lined up in rows.

I asked our flight attendant if she knew who was in charge of getting these clouds all lined up and then of keeping them in line. She had been pretty rough with me, not even allowing me to read my hardback book on take off. And we had to get the laptops out of the seat back pockets. People all around us were doing those things but we weren't allowed to.

Can you believe this lady-drill-sergeant-like attendant actually smiled when I asked her that. And she didn't even get upset when I told her that I didn't know either.

That shows a problem that I have. When someone is upset with me I cannot just leave things be. I keep on relating as if I am friendly and generally we make peace. 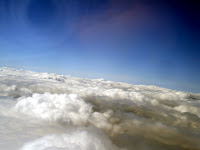 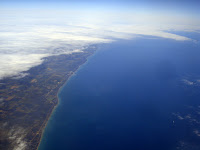 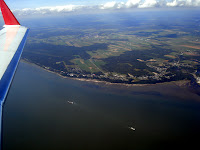 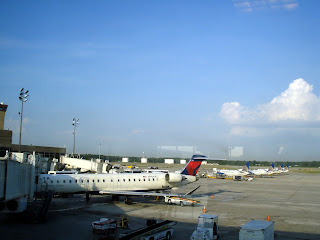 These pictures were taken while we were flying over the Great Lakes. I don't know what lake it would be.

This plane in the picture we flew from Houston to Detroit. It was small but the one from Detroit to Quebec City was even smaller. Both had four seats in the row with an aisle in the middle. The one to Quebec City held only eighty passengers. 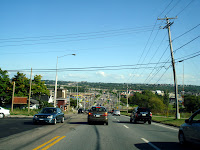 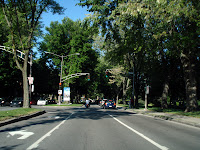 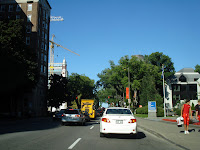 Here are our 'drive in' pictures. On the left we are coming in from the airport almost to A440 Freeway. There's a MacDonald's on the left. Middle we have reached Grande Allée which changes into Rue St. Louis when inside the old City. Once into the Old City our B&B street, Rue Sainte Ursule, was the second where we turned to the left.

We are back -- Did I find Green Grasshopper and Mr. Tin Man? 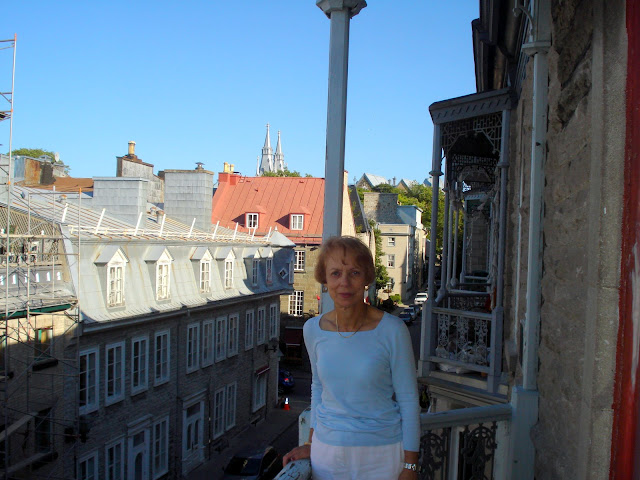 We drove right through to our place. Afternoon traffic into the old city was mean. We parked right in front of the B&B Chez Marie-Claire on 62 rue Ste-Ursule Québec, Qc G1R 4E6.

I rang the doorbell and this young lady, , from Belgium met us. She carried our two heaviest suitcases (the other two were carry-ons) up the two flights of stairs. On the first floor we passed the opened parlor room complete with piano. We didn't have time to relax here at all. 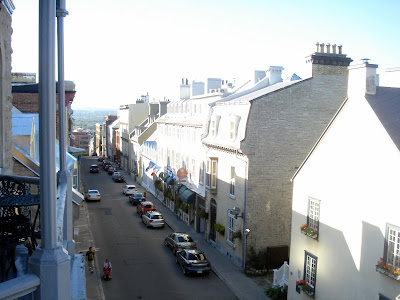 Quebec City has the old walled city to the north and a modern older city outside the wall to the south.
And then there is a modern newer city further outside that comes with urban and suburban sprawl. Except for the signs being in French (and a sprinkling of English for the tourists) you would think you were in most any modern U.S. city.
The picture above is also taken from our balcony. To the right you can see it goes down abruptly to St. Jean (pronounced St. John) Street and beyond. We walked up that hill later, around midnight. There was also a funicular ride but we would take another day. 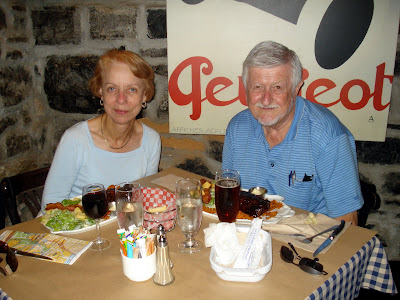 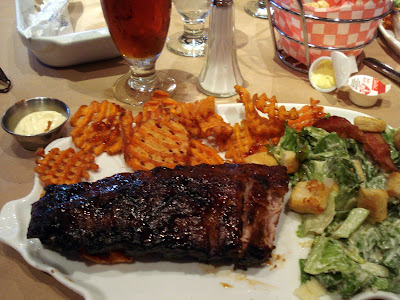 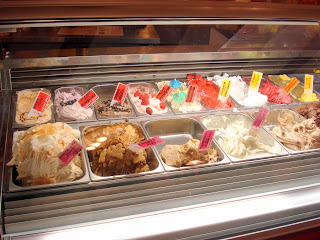 Below are a couple of not-so-good pictures of the parlor in our B&B that we didn't use. 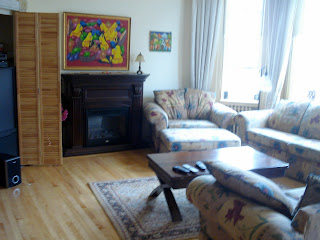 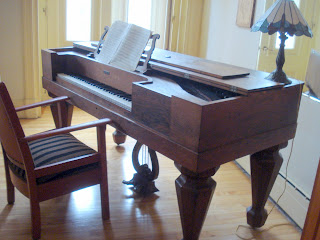 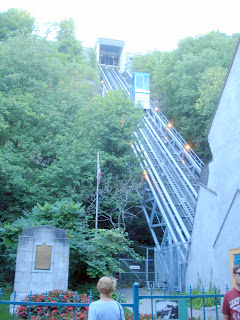 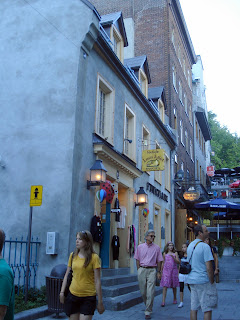 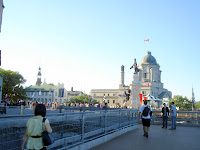 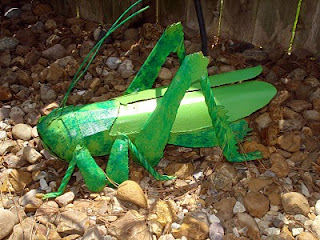 Well, I did find him. And since I'm back here in Texas, obviously I didn't make a fortune selling him for scrap metal.

But I have a dental appointment and so I will have to tell you about that part about getting rid of him later.