My Alphabe-Thursday (5th), the letter "V" — Some places I've been starting with "V"

"V" is for some places, countries and cities starting with the letter "V" where I have traveled:

- Countries:
Vatican City State -- Some may have visited St. Peter's square and thought they were in Rome. Actually St. Peter's Square is a part of the Territory of the Vatican City. We went into the Sistine Chapel in 1992--Michelangelo is the painter of the ceiling and some other art works in the Chapel.
- The unique economy of Vatican City is supported financially by the sale of postage stamps and tourist mementos, fees for admission to museums, and the sale of publications.  For more you can go to this link: http://en.wikipedia.org/wiki/Vatican_City

There are three "V" countries, Vanuatu, Vietnam and I have hopes of someday visiting Venezuela

- States:  There is just one, Vermont and I have visited Vermont quite a few times as I lived in New Hampshire from July 1961 to May 1964.
- The publisher of the ham radio 73 Magazine, Wayne Green, moved the magazine headquarters, presses, and offices from NYC to Peterborough, Vermont while I was there.

- The last time we went to Vermont was the first time that I had visited Burlington, the capital city (?).  I swear all the hippies in the whole country that didn't move to Colorado or Arkansas now live in Burlington.  Lots of them.

- Cities: (U.S, over 100,000 population)
Vancouver, Washington - Coming home from our Alaska cruise
Ventura, California - While we visited Disney and other places while waiting to watch Rose Parade in Pasadena (Mema came with us.  We had grandstand tickets)

- and then there is
Little Venice, (Google Search link) is a canal area in in Maida Vale, part of the City of Westminster, in central London. We love to go there to walk around, seeing the assortment of canal boats and watching people.

Once we visited the Little Venus Canal Boat Show which is held annually.  This is a 'London Fun Thing to Do.'

YouTube look, video of IWA's 2014 Canalway Cavalcade:
Mrs. Jim and I attended London's Little Venice Canal Boat Show in 2013.  It was an elbow to elbow affair with a carnival atmosphere. The canal boats were stretched and parked in probably a mile stretch. You might like to attend this year?
Links:
- Canal Events & Festivals 2015 - 2016, http://narrowboats.org/features/canal_events.aspx ;  and
- Little Venice Canalway Cavalcade - 2nd - 4th May 2015
https://www.waterways.org.uk/events_festivals/canalway_cavalcade_2015/iwa_canalway_cavalcade_2015

Following is a collection of my favorite Canal Boat Pictures and my daily National Poem Writing Month prose poem for today: (the first two pictures were taken in Little Venice.) 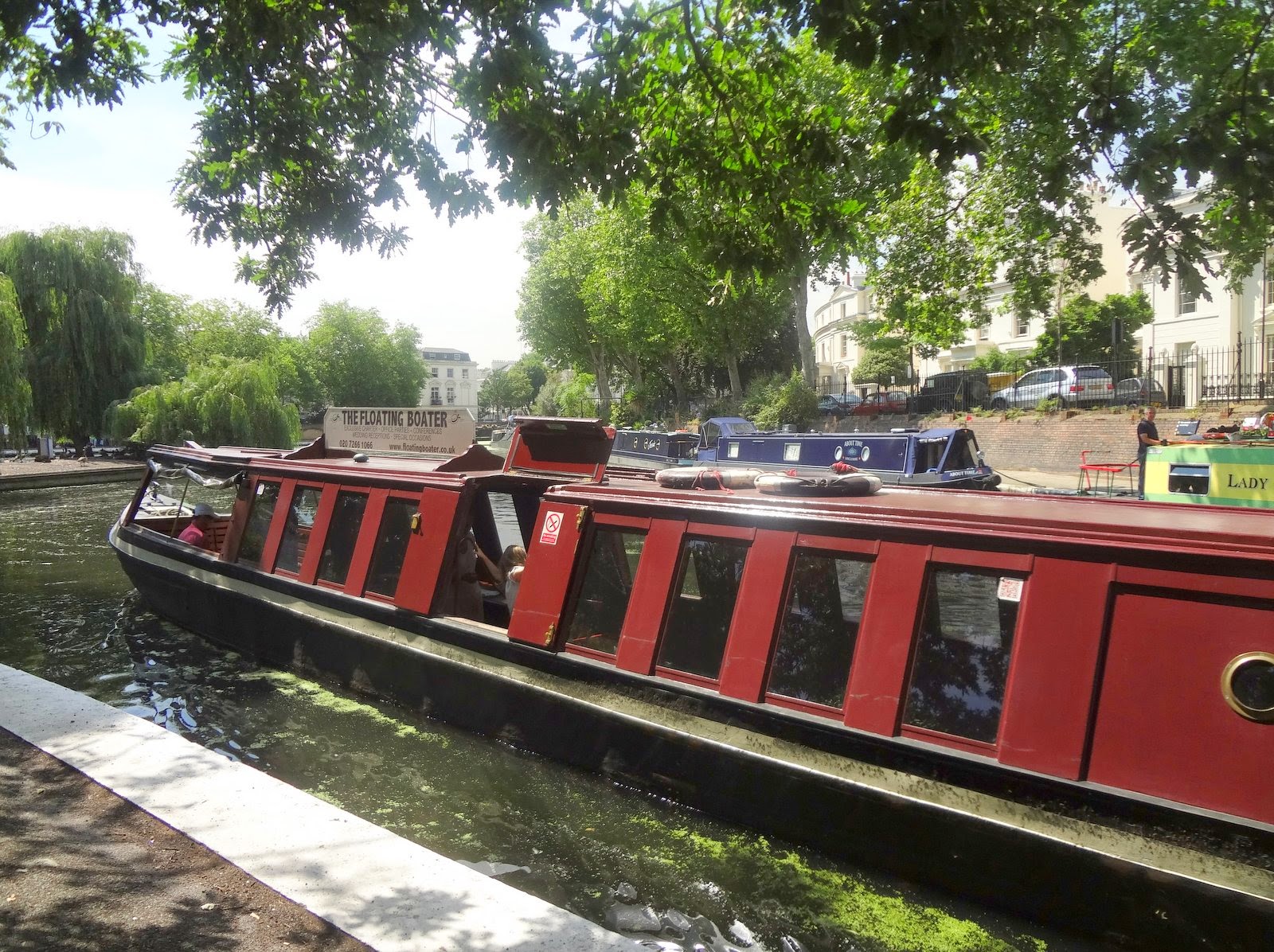 A Landlubbers Envy
There once was a young man, yearned to have a boat.  As he grew older the boat never came near.  Then in his older years a slick salesman sold him his dream.  He thought.
Now stuck with a narrow boat barge and a once a year jaunt down the canal.  That's what was waiting for him.  Petrol was high, insurance through the roof.  He saved for a year.  That jaunt cost him nine hundred pounds a day.
To save his pennies for a later day the young-now-old man lived on his barge.  His wife would have no part of that and left, back for her city life.
His only joy in life now was the annual Little Venice boat show over the early May Bank Holiday weekend.  Others he'd also attend, some taking his boat and to others he'd walk or catch a ride. [click on a picture for larger view, back button to return] 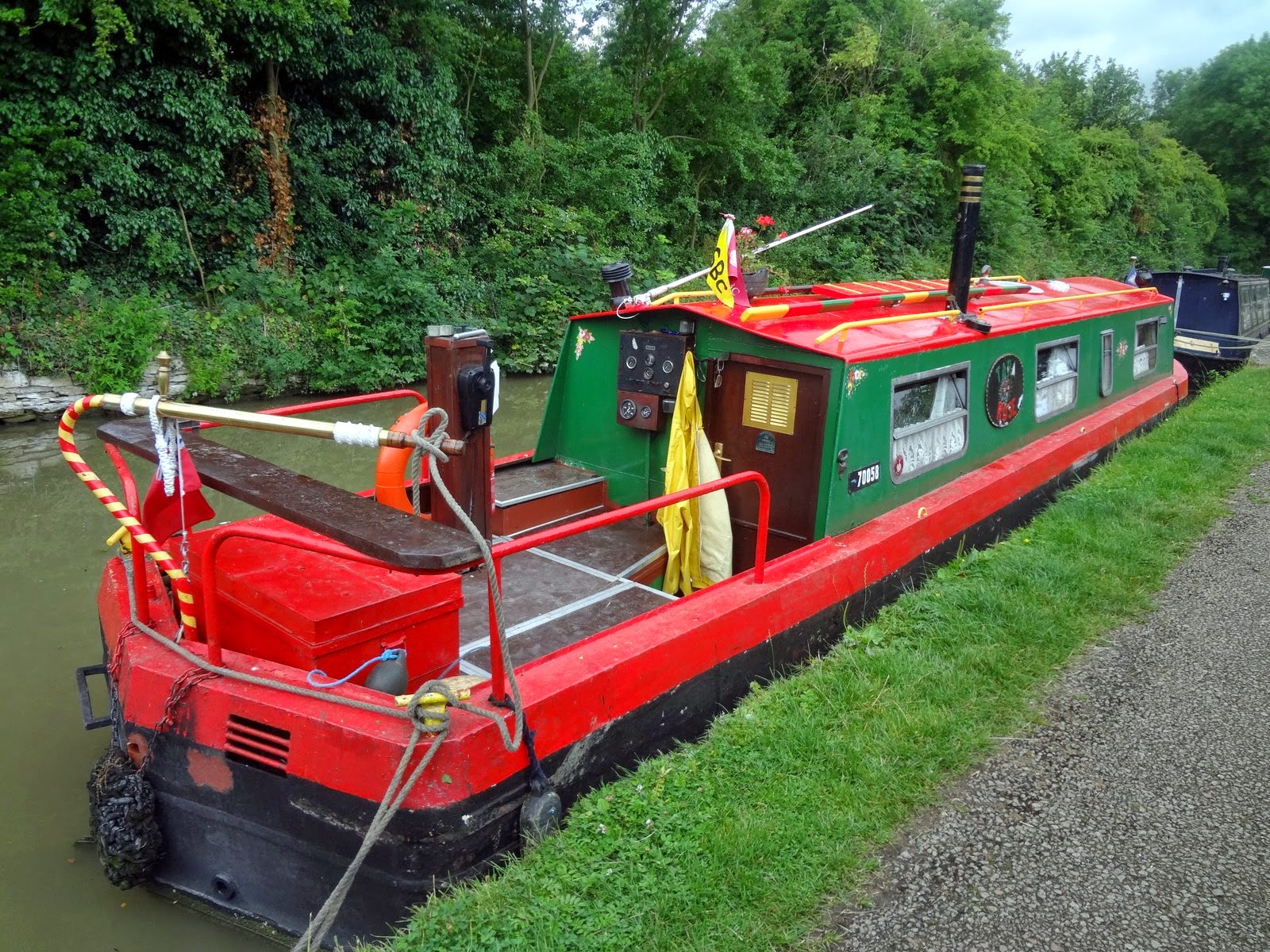 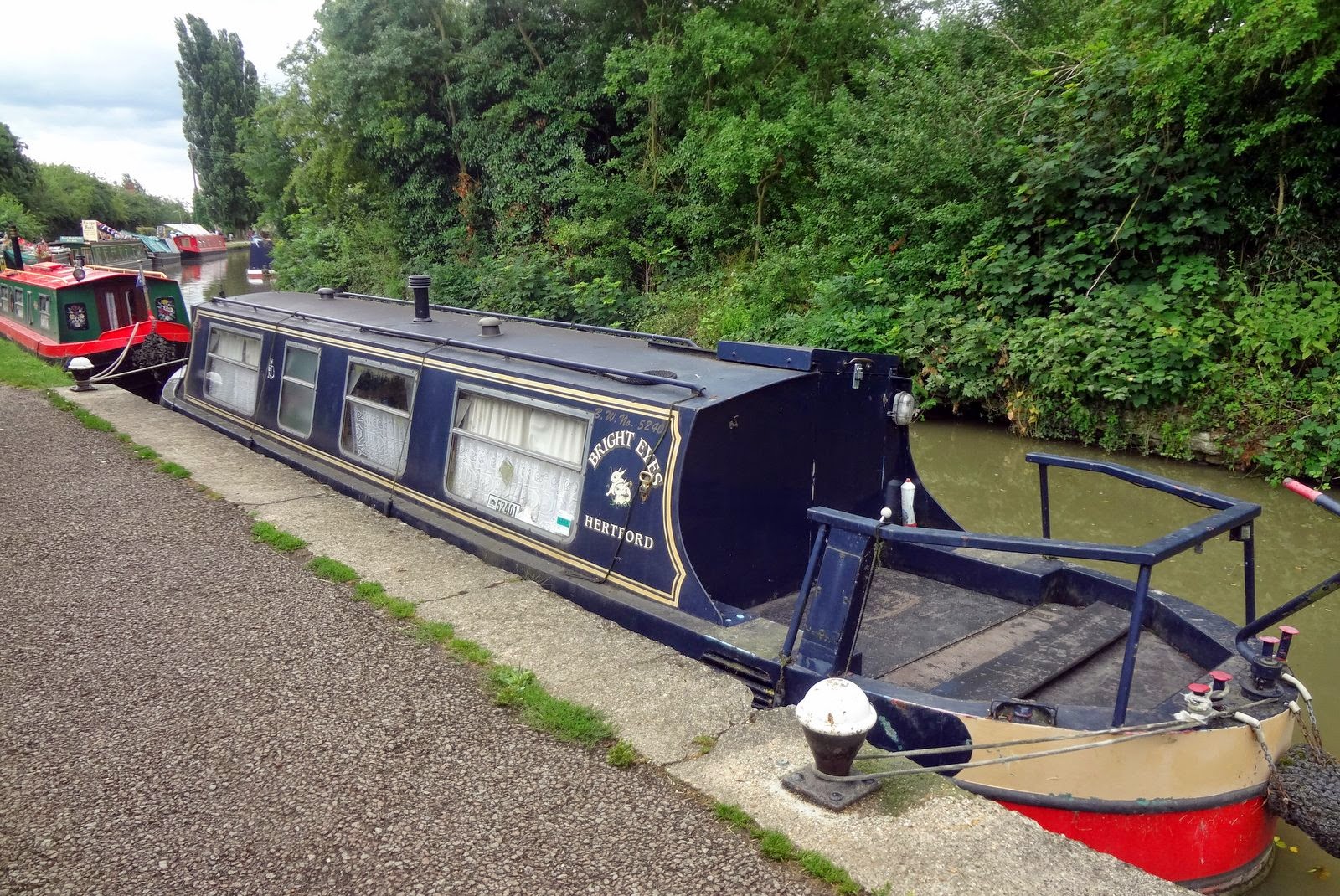 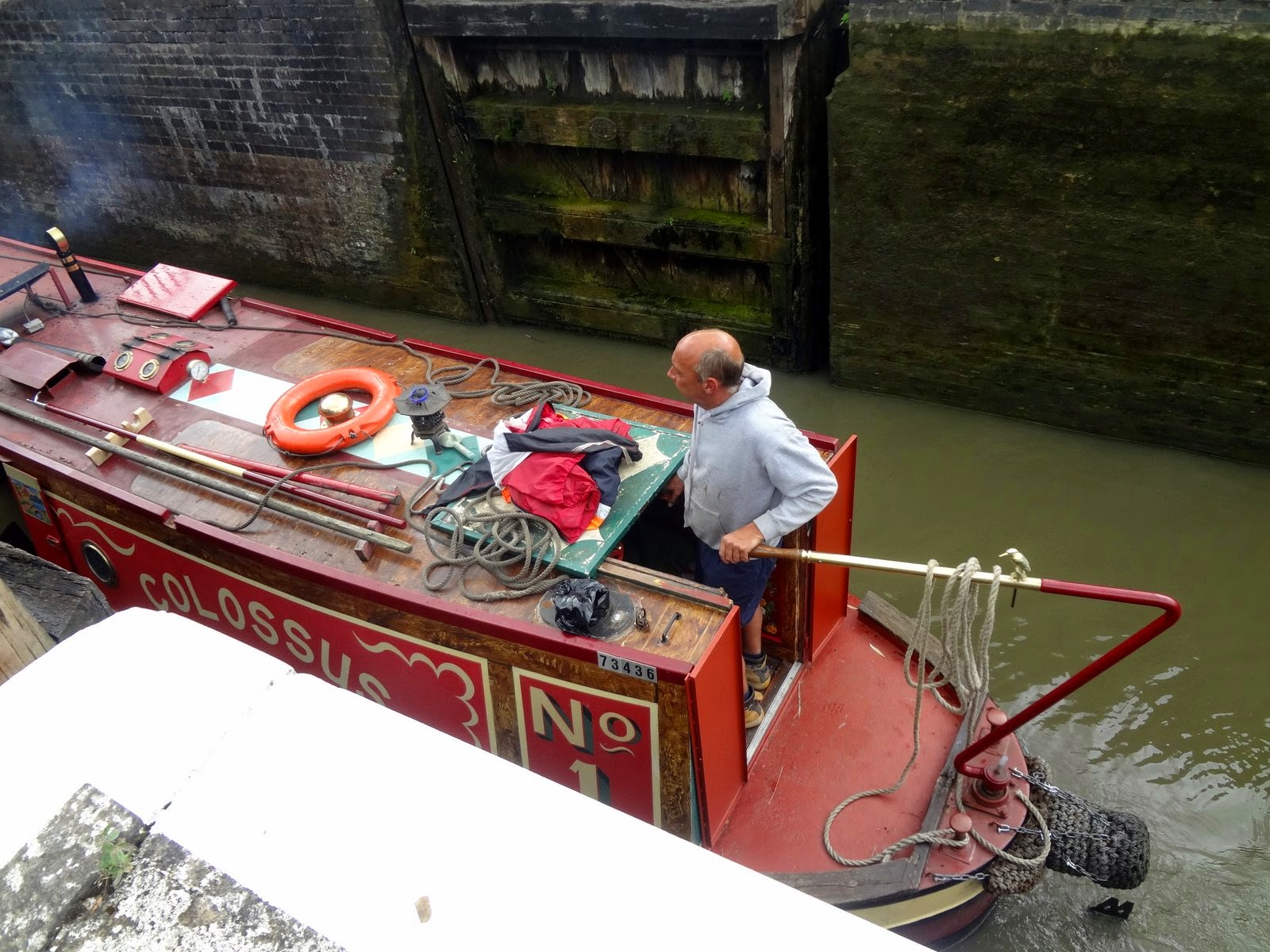 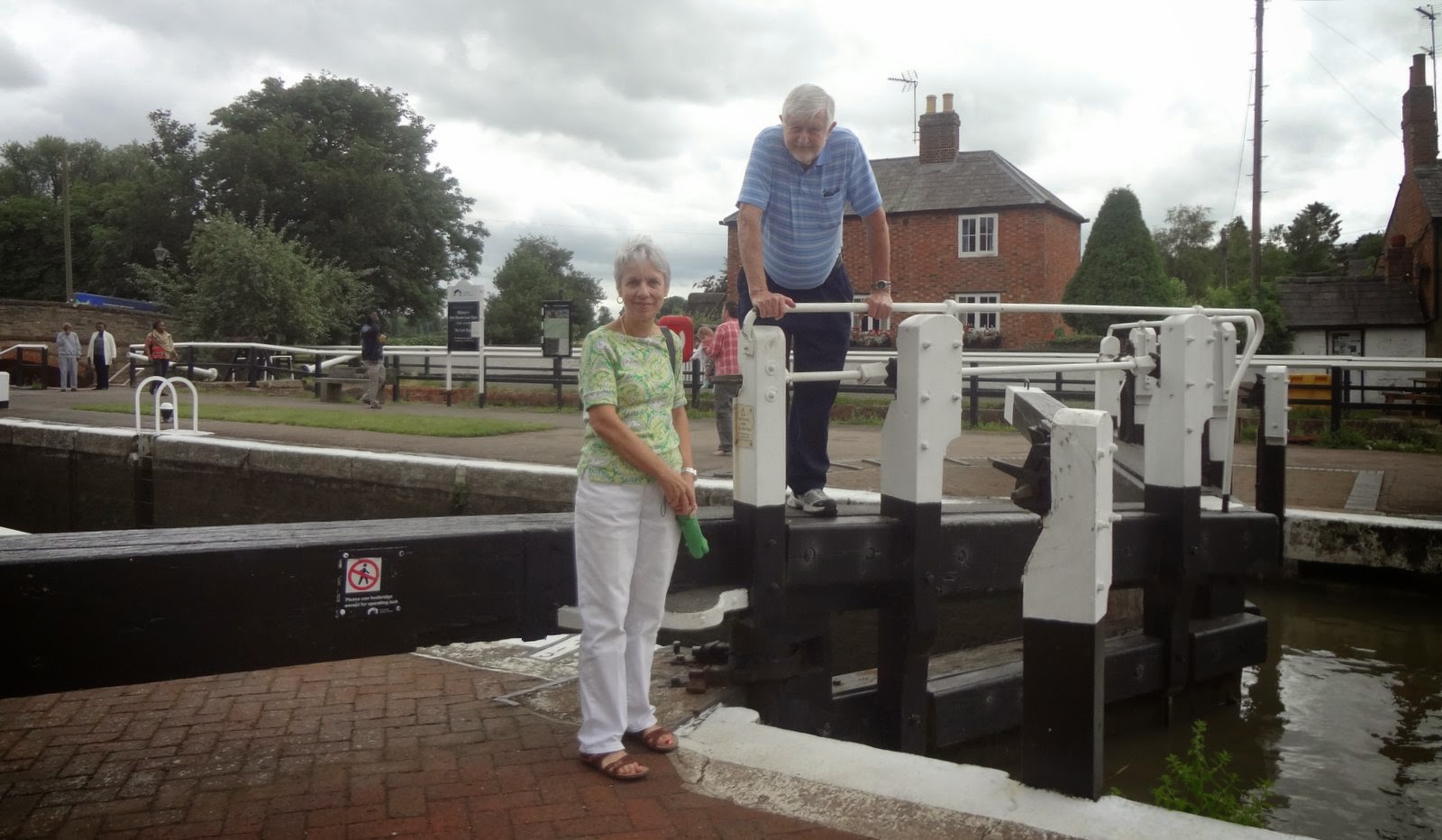