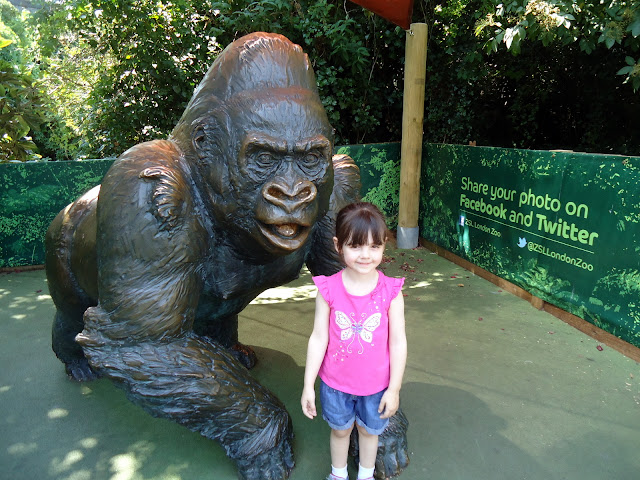 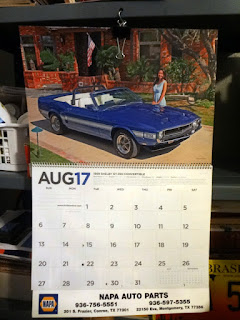 Below I have a link to some other of my NAPA Calendars.  1969 Ford Specifications:  http://automotivemileposts.com/tbird1969specifications.html . I have the spinner hubcaps and the blue glass Thunderbird emblem from it.  That was okay as I sold it for scrap after it flooded in 1979 with four feet of water. 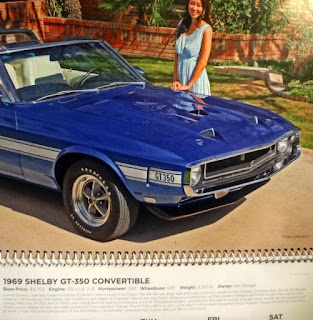 (2) Candy: Here we see two water bottles from the Marriott Hotel near the Capital in Washington D.C.  Since they are disposable many guests take them home to reuse.

The one on the left in the picture Karen brought home for me.  It is a new bottle filled with Candy Coated Reese's Peanut Chocolate blended very close in size to the M&M's that we all like.

On the right is a bottle I brought home with the Reese's when we went this January.  Now is has some sitting-around leftover candies.

The newer bottles have decreased in size.  They are a fill-your-own, water or candy.  They may now be smaller as to be less obtrusive when carried in a pocket. 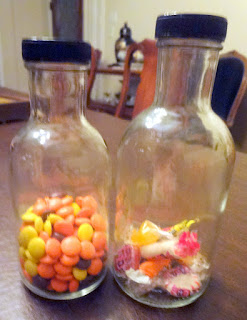 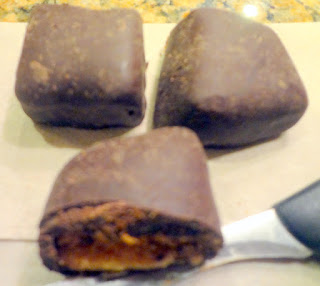 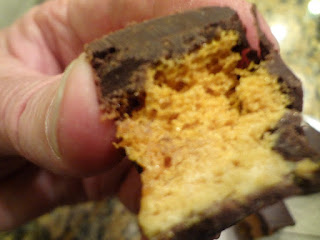 To the right is a piece of Chocolate Covered Honey Comb Candy.  It has sort of a Butter Finger taste.  I've cut through it so that we can see the honeycomb.

Bees didn't make this honeycomb, it is a piece of mostly sugar and honey  heated to the candy stage, infused with baking soda, and then poured out on a baking sheet.

Below I have copied a recipe to make your own.  We bought ours in bulk from Sprout's Grocery out of a 40 or so gallon wooden barrel. 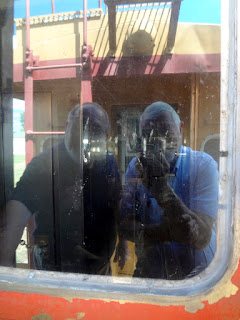 (3) Latch: We went to Jackson, Tennessee last month, driving the loaner SUV I blogged about last week and the week before.  My BIL & SIL sang a duet for the Sunday Night Service at the Methodist church.  Winetta sang four additional songs after that.  It was an outside affair with Barbecue and fixings, soft drinks, and homemade dessert.

Jackson is a nice smallish city, population of  67,265 by a 2012 estimate.  (Wikipedia) Sunday after church and on Monday we toured the city and surrounding area.  One of my favorites was the little train museum with inside and outside exhibits.  The inside was the old Jackson train station but it was closed on Sunday when we visited. 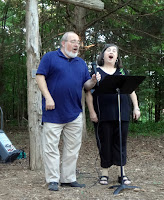 In the picture above at right we were peeking into the Dining Car which was closed.  I am sure it had a latch with a lock to keep people out when things are closed.  We were standing between this caboose (what is that!!!) and the kitchen looking into it ahead.

Mrs. Jim is operating the manual switching levers to get a feel of what her daddy did when he worked in the railroad yards.  He died when Mrs. Jim was only seven years old. (Click on the pictures to get a larger sized view.) 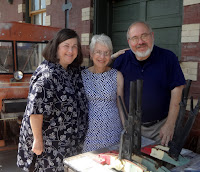 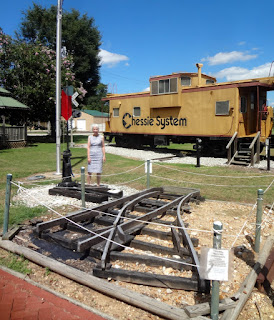 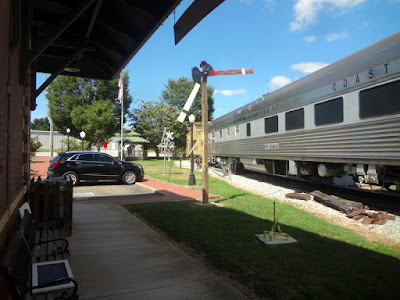 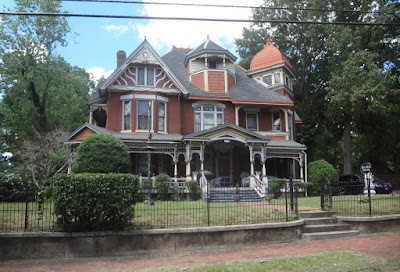 The Polk House in Jackson, Tennessee, not President Polk's 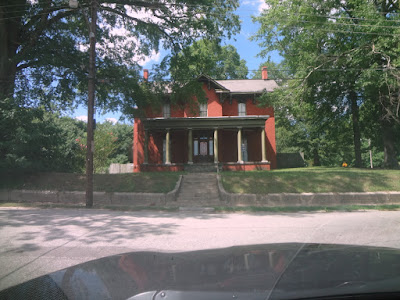 Where will you be? See the video below to show the right places.
http://www.space.com/33797-total-solar-eclipse-2017-guide.html