The twenty-second issue of Weekend Roundup for this year, 2020... 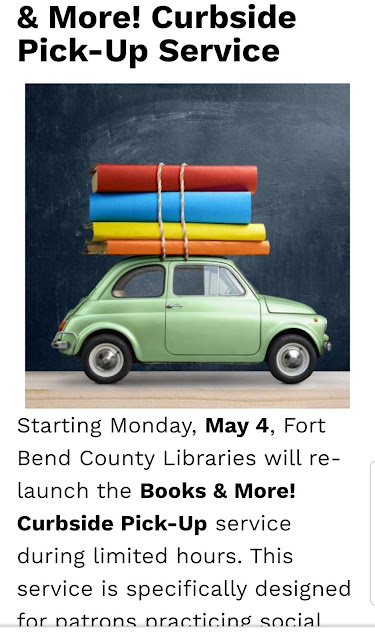 But I had to go on-line to pay for my checked out book that I have list.  Plus a five dollar "handling" charge.  Had we been able to handle that book?

(A.2)  Vehicles I have owned.    Actually I should have said 'that "we" have owned' although five of them I bought while I was not married.  See the list below.  Or click here (it omits the Sears Vespa Motorscooter and the 1984 ford thunderbird). 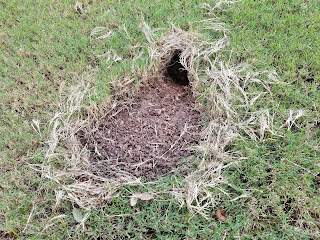 (B) "Violet" (Tom's choice):   We call this a "Lily of the Nile" but more appropriately it is an "Agapanthus".  It's kind of Violet Blue.

My interest really is the little Bunny Rabbit behind and between the flowers.   She was inspecting this hole which she had dug the day before.

We think she was preparing a place to have and keep her babies.  But probably she has chosen another place due to the busier traffic in our backyard.   Moving makes us happy as we have had four little bunnies die in our pool.  Her "nest" picture above on the right. 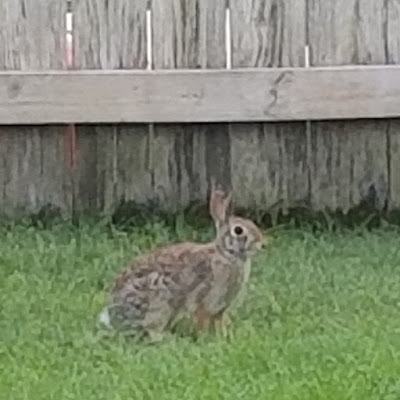 (C) A Favorite:  This is the Bunny Rabbit. 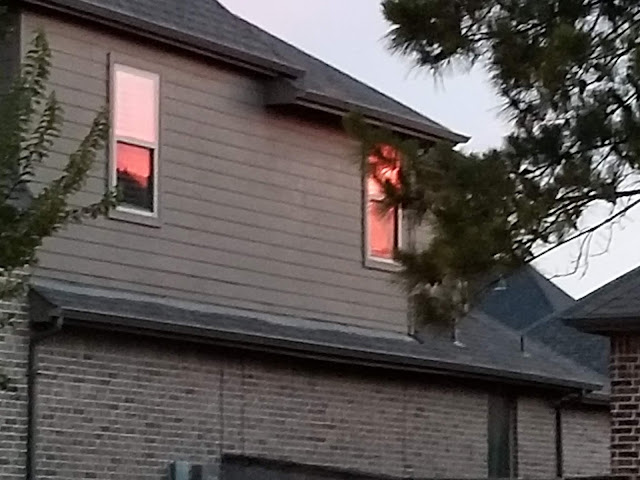 (D) Reflections:  A beautiful sunset was mostly obscured by the houses on our street across from our house which faces West.    We saw a part of it as  Reflections in the upstairs windows of the house across and one house to the left from ours. 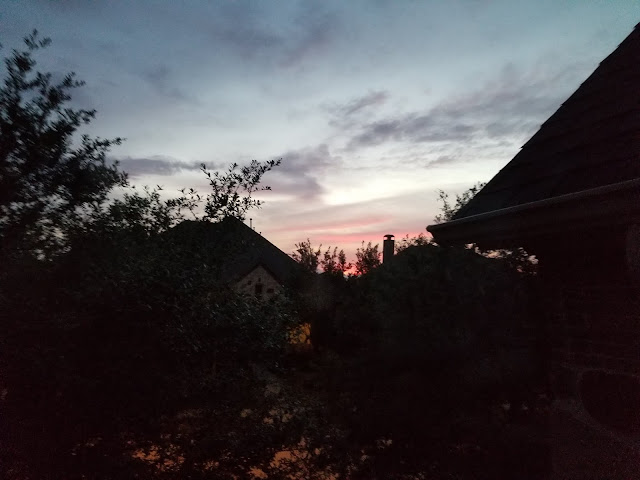 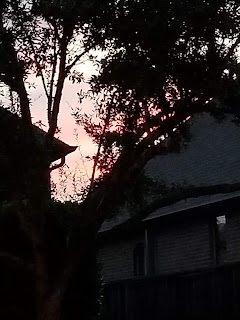 (E)  A Lagniappe:  The parts of the sunset that we could see from our driveway.

Reds don't come out with my Sony pocket camera as it tries to suppress it as red eye.  There likely is a way to force it to not think redeye but I let it be.
_ _ _ _

My Two Questions (you can answer just one if you wish):

(1) What comes to mind when you think of "Violet"? I think of the first flowers that I picked.  The Wild Violets grew all over the part of Eastern Nebraska where I grew up (out in the hill country West of the Missouri River about seven miles, between Herman and Tekamah), almost as common as the Dandelion.  Probably I picked Dandelions first.

(2) Where was the last Rabbit Hole that you saw?  Or the first one?  I had never seen a Rabbit Hole before in all my long life.  I had read of them, both in Nursery Rhymes and other literature.

(1) What is your favorite "V" word? This time it will be Undecided.  That is my official political viewpoint for poles but I'd rather call it Independent.  I keep my blogs free of political talk, this is the closest I've come in the 15 years I've blogged.   If there is a political comment I quickly remove it and slap the wrist of whoever left it.)

(2) When did you last list the vehicles that you have owned?  How many do you think you have owned?   I have kept a list on my Blog for several years.
_ _ _ _
Here are the cars and other vehicles in my life--listed in order of purchase: [should I blog on this as part of my memoirs? (Note:  It is all about the Girls in my life]
My TOY 1950 Studebaker Starlight Coup was posted here last year.
These are about in the order they were purchased. Most were pretty good cars, I just always get used cars, buying them mostly from individuals, LOLs (little old ladies) preferred.

- [Click on any picture for larger, click it again for extra large]
- I am linked with Tom of "Backwoods Travel" (Link to click for Tom's Weekend Reviews)
- The pictures are all mine and rights are reserved to me under Copyright Law.
- I am also linked this week with James of "Weekend Reflections" (click here for his Reflections Photos).