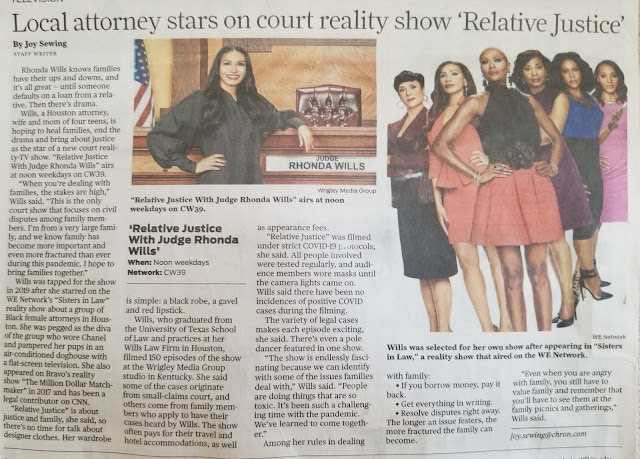 (A) Starts with the Letter "N":   The word, "New", starts with Letter "N".  We have a New "Judge Judy" type program here in the Houston (Texas) area called "Relative Justice".
It is on local TV Channel 39 and it's law suits are between Family Members.  Sort of okay, I liked Judge Judy better, she is hard to imitate.  So far we have watched only one program. 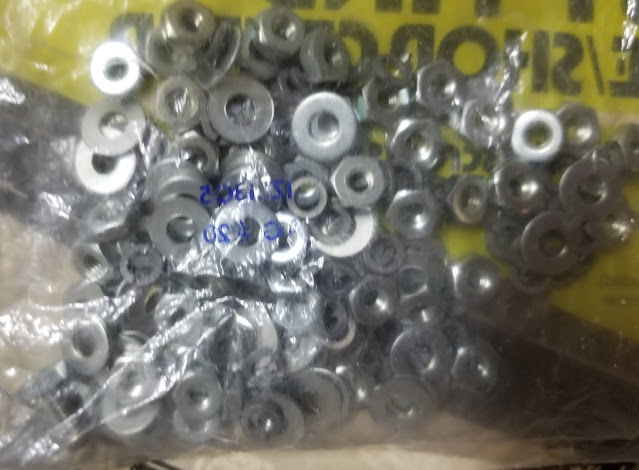 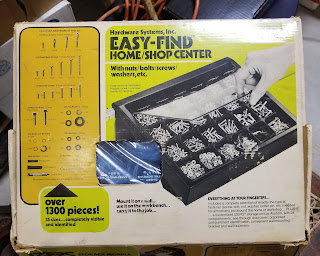 (B) "Nuts" (Tom's Choice):   Above, this is a small bag of small Nuts and Washers.
They are from my large box of Bolts, Nuts, Washers,  and Screws.  It was a gift to me, probably for Christmas.  The box is pictured on the right. 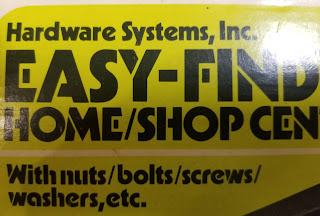 When I dropped out of college, U of Nebraska, I needed a job so that I could give my father back his pickup.  I didn't tell him until I found a job.
The job that I found was at Elgin National Watch Company, there in Lincoln, Nebraska.  A part of the aptitude test was to screw on a whole bunch of Nuts onto bolts sticking out of a wooden box.  I screwed on every Nut there was before my time went out.  I could do this job with both hands which helped me a lot there.
I stayed on at Elgin until I was drafted into the service three years later.  I did well at the factory, I hired on as a Degreaser Operator and after about 15 months was promoted to Setup Man with a line of 16 workers to keep happy with parts to work and well adjusted and sharp, if it involved cutting or stamping, equipment.
I was the youngest Setup Man they ever had, I think my "some college" helped quite a bit. 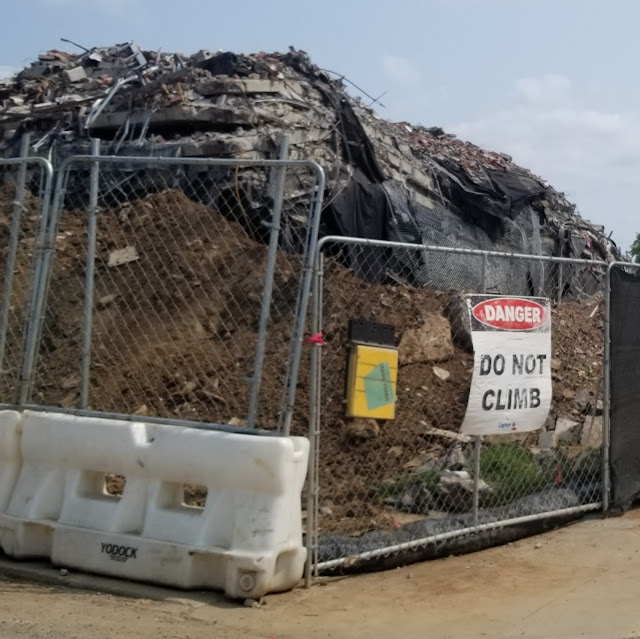 (C) A Favorite:  Do Not Worry.  I won't be climbing into that junk.  A New Nashville (Tennessee) project doesn't need all this cement and dirt. 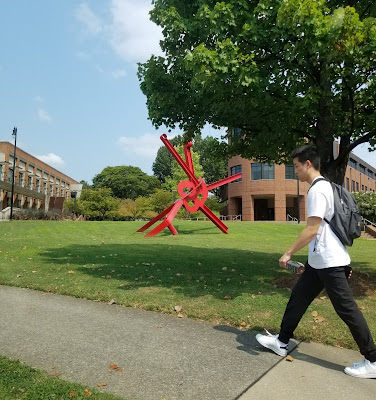 (D) Street/Reflections:   A Vanderbilt student on it's Nashville campus.
He seems to be hurrying, I was taught to respect those folk with that type motivation. 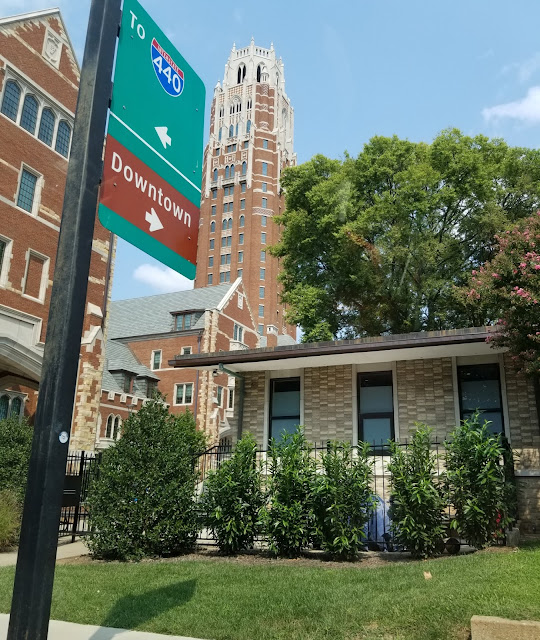 Netherland, informally called  Holland(yes) — Aruba(yes), Curaçao(yes), the Netherlands (island - no), and Saint Maarten(yes)—are constituent countries, we've not been to "The Kingdom of The Netherlands"(no) Island Country itself.

- The pictures mostly are all mine and rights are reserved to me under Copyright Law.
- Click Here for countries I've visited.
.