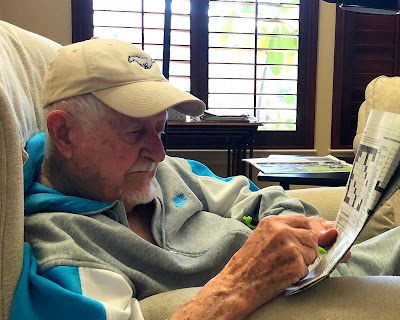 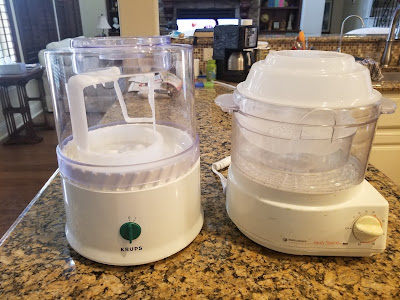 (A) Starts with the Letter "U":   My "" Word this go around will be Unused with two of the letter "U's".  There are a lot of Unused items in this world which are going to waste.
We found these two electrical kitchen machines under in a cabinet under the work area countertop.   The one on the left is a rice cooker I think and never has been used . That's because Mrs. Jim cooks her rice in a pan with a two to one ratio, two parts of water by volume for each one of rice.   Then she cooks at a slow boil until all the water is consumed by the rice.  She said she might use the cooker for a large group of guests.
The other machine is an electric steamer.  Mrs. Jim was happy to find this one as her steaming methods are archaic.   But I won't hold my breath.
I think they were wedding presents given us almost 49 years ago.  Why else would we have them besides their being gifts?  I will look in our wedding gift book soon. 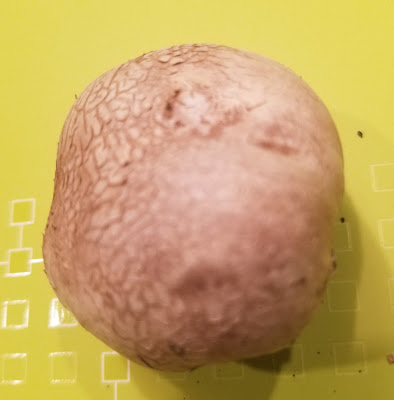 (B) "Unusual" (Tom's Choice):   I found this unusual little fellow out in the front yard near a tree. It looks like a pig but way too small.  Then I found out it was growing so I picked it and brought it into the house as a mushroom.  Tomorrow I intend to smush it for brewing tea if it is the right kind to use for doing that. 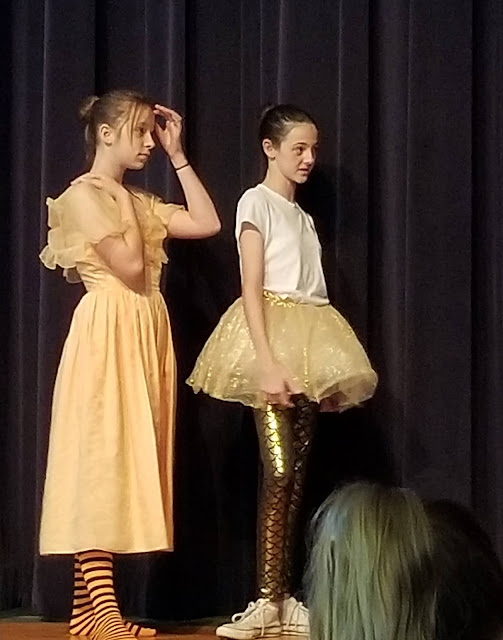 (C) A Favorite:   On the right is our youngest granddaughter at dress rehearsal for the seventh grade play for her junior high.   Her uniform, a.k.a. costume, is for her part, Pufferfish, her friend we think is Goldfish.  They are both listening to the  Starfish who is bragging of his importance. 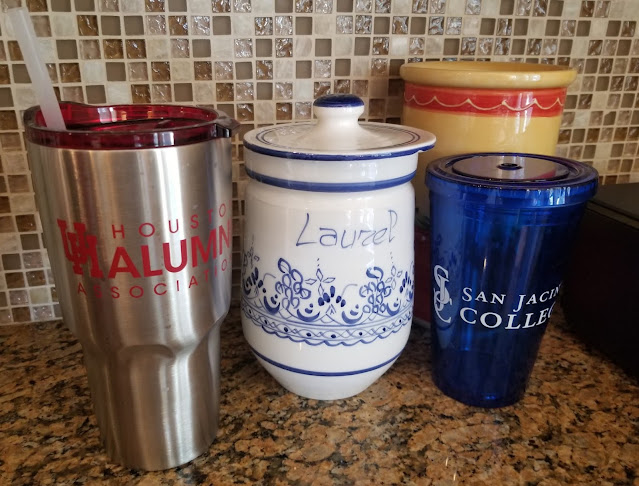 (D) A Lagniappe:  On the left is also my Favorite, my University of Houston insulated drinking glass.  I have degrees, two, from U of H and my first, an Associate of Arts in Pre-engineering, at the San Jacinto college.  The degree dates were 1967, 1970, and 1975.
I also attended the University of Nebraska on a Regents Scholarship there in 1951-53.  It took me eleven years before I finished all this (14 academic hours transferred from my three semesters at the U of Nebraska).  Then I left the engineering field and started teaching at the college level, San Jacinto College. 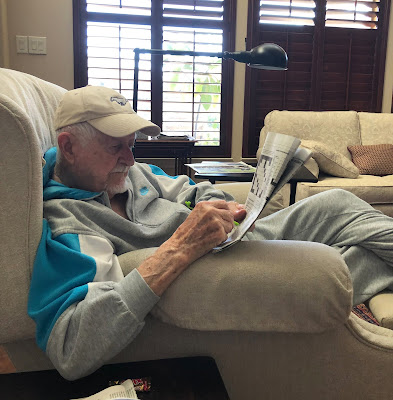 (D) Street Photo (persons caught unaware):  This is me, Jim, caught unaware.
I'd been to the mail box and was relaxing (off the street) cooling off and working the Sudoku) after a hot November day walk on the sidewalks.  Not a selfie or posed, Mrs. Jim sneaked this camera shot.
- - - -
Fine print stuff