This little phish won't get caught, this time

I got this e-mail this morning.

I think it is phony and these people are phishing for some vital information from me to steal my identity, if it might be worth stealing.

I have forwarded the e-mail to the REAL PAY PAL for them to check out.

Recently a part of a group was arrested for sending bogus 'second chance offers' to losing eBay bidders. They bilked millions of dollars out of these people who thought they were buying the item they had bid on.

Most of the money is in foreign countries and probably can't be recovered.

The RED text below is suspect. Notice they spelled the word 'below' incorrectly.

PayPal is committed to maintaining a safe environment for its community of customers. To protect the security of your account, PayPal employs some of the most advanced security systems in the world and our anti-fraud teams regularly screen the PayPal system for unusual activity.

To secure your account and quickly restore full access, we may require some additional information from you for the following reason:

We have been notified that a card associated with your account has been reported as lost or stolen, or that there were additional problems with your card.

This process is mandatory, and if not completed within the nearest time your account or credit card may be subject for temporary suspension.

To securely confirm your PayPal information please click on the link bellow:

For more information about how to protect your account please visit PayPal Security Center. We apologize for any incovenience this may cause, and we appreciate your assistance in helping us to maintain the integrity of the entire PayPal system. Phish Scam SPAM Humor PayPal account eBay spoof

Thank you for using PayPal!
The PayPal Team

Hello,
Thank you for writing to eBay [I wrote them too] regarding the email you received.
Emails such as this, commonly referred to as "spoof" or "phished"messages, are sent in an attempt to collect sensitive personal or financial information from the recipients.
We have reported this emailto the appropriate authorities.

The view from our garage door 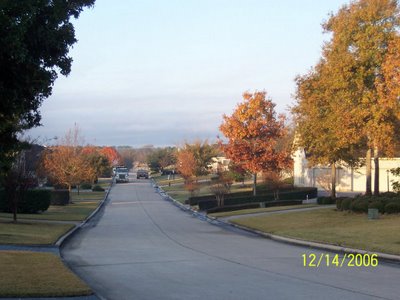 This is down the street to the left. Note the leaves have turned red and yellow now. Those will soon drop off, the oak, pine, and trees will stay green this winter.
. 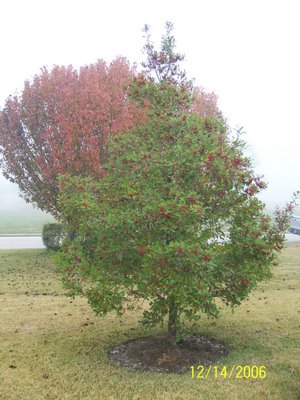 This is our front yard to the right going/looking out. We live on a three way corner, a little to the left is the street up our 'hill'. The first picture is the dead-end street to the left going down the hill.

To notice here is our holly tree. Those berries have turned real pretty red now.

Behind the holly tree, nearer to the street are our three ornamental pear trees. Their leaves are red also and will almost cover our yard when all those leaves fall.

The fog came in from the Gulf and our Lake Conroe between taking the first picture and this one. You can see how heavy it is, just across the street. We couldn't see the first house up or across the golf course.
. 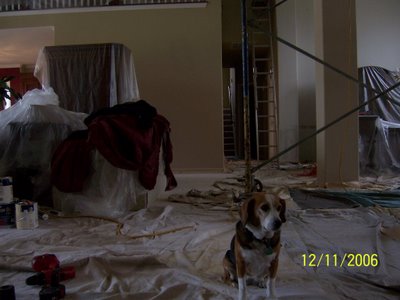 Doesn't Adi look sad here? Her house is all messed up royally. The painters and the carpenters have been here two weeks now, they should be finished by the end of next week.

We are changing colors of every room downstairs except the baths and my office. The den upstairs is getting paint too. porch Photos Christmas photo Life Family Remodeling Friends
The carpenters are puting frames around the windows and doors that didn't have it in the den, adding to the crown molding there, and changing out the chair rails in the dining room and breakfast room.

[The view idea came from Cliff Morrow's Blog (link). periodically he shares his nice photos taken from a neat vantage point--example: the view from the back porch (link).]

Twenty-one candidates for the new seven Wonders of the World:

Check out the 21 contenders for the New 7 Wonders of the World competition.
Click on any one to read more about it, most have a picture.

CAST YOUR VOTE
Access www.new7wonders.com and you'll be given two options:
• Register as a New7Wonders member and get seven free votes.
• Vote separately for your favorite candidate and receive a personalized New7Wonders Certificate featuring that monument for $2.
Deadline: It's July 6, 2007, with winners announced the following day.

This is per the Houston Chronicle, December 10, 2006 (print edition)(link)

I haven't voted yet but am leaning towards Neuschwanstein Castle, Germany.

I liked King Ludwig II. In fact, he may have been a distant relative of mine.

Oh yes, you can still get Adi with
the Christmas tree on my YouTube at

It didn't take her any time to learn to stay with the rythm and get sychronized. Adi Pets and Animals Humor Animals Christmas Christmas Tree youtube Video Family
Good Dog, Adi.

Oh yes, you can get Adi on my YouTube at
http://www.youtube.com/watch?v=GmwetUMxhtk
.
And I couldn't get it turned around upright,
so TURN YOUR HEAD.

DiJaNo? Coffee; Illegal Immigrants in Texas; Retire in our County; Our Subdivision 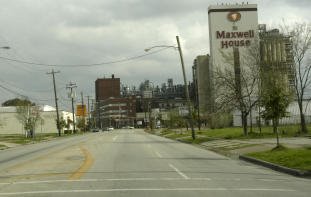 Trivia Question: Where in the U.S. is most of the decaffeinated coffee made?
.
Maxwell House (owned by Kraft Foods) just sold their Houston plant to Houston's Maximus Coffee Group.

Carlos de Aldecoa, president of the new owner, said he would continue making coffee for Maxwell House at his plant.

The plant originally made Model T Fords, but was closed in 1924 until Maxwell House took it over in 1947.

Trivia Answer: ALL of the decaffeination plants in the U.S. are in Texas. 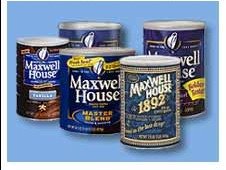 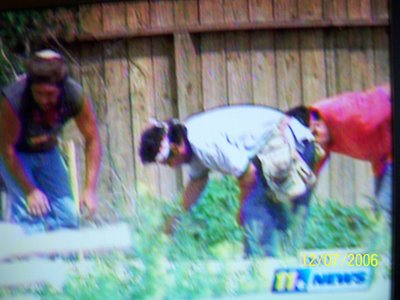 These folks have boosted the State of Texas economy by $17.7 Billion in the year 2005.
.
The 1.4 to 1.6 million illegals have also brought in more tax revenue than they have cost. $929 million cost to the local government, but they have paid in $1.58 billion in local taxes, mostly sales and school property taxes.
.
No wonder present Bush and now (but only after he got re-elected) our Governor Perry want these folks to be assimilated into our citizenship! They are regular money makers, better than a lot of citizens are now.
.
[Information provided by the Houston Chronicle, December 8, 2006 (link)][photo from KHOU Ch11 TV (link)]
.
.
.
.
Montgomery County, Texas
.
is a good place to retire:
.
"Shirley, 64, and his wife, Susan, moved to Bentwater about three years ago after they were introduced to the community by friends. The couple enjoys dancing and golf and wanted to live in a location with a warm climate and affordable activities.
.
"For a house on the golf course in California, it would cost me about $4 million more than what I'm paying here," he said.
.
The Shirleys are only two out of thousands of retired residents drawn to the reasonable housing options and appealing amenities Montgomery County offers." [Conroe Courier, link]
.
According to the article, "the U.S. Census Bureau predicts the number of residents 65 and older in Montgomery County will rocket from 34,833 in 2005 to 48,500 in 2008, representing 12.4 percent of county residents." Immigrants Illegal Immigrants Business Politics places Retirement Retirement Living Food and Drink Drink Coffee Daily Life Life Current Affairs Ford
I'm just glad I got here early. I am surely glad I didn't pick California, I don't know where I would pick up the other $3.7 million to live on the golf course there!
.
.
.
Our Subdivision:
.
We now have 1378 homes. Estimating two persons per household would get our population to be 2756. That's large enough to make up a small town.
# posted by Jim : 12/12/2006 12:07:00 AM  3 comments 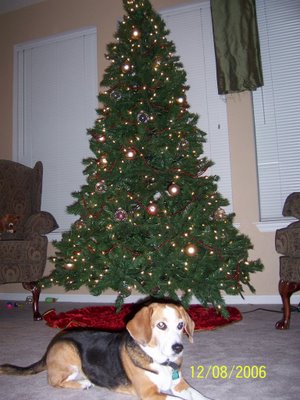 Can you figure out a caption?