Another first, my first drink in a public place 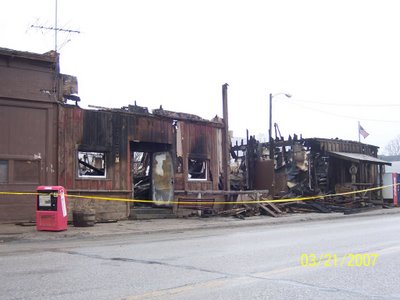 .
This isn't an old haunt that burned last weekend. I was only there once, it was with my Dad. We went to Herman for something, I wasn't even old enough to go to school yet.

We went in the little cafe and sat in a both by a window. It seemed we were joined by another man.

Drinks? They must have been Pepsi. Or root beer. Dad liked both, he made root beer at home so it probably was Pepsi.

I'm pretty sure he didn't have beer, Dad didn't drink that I knew of. He used to smoke but gave that up a long time ago, I remember that.

Dad would say he used to want to have four kids. But he and Mom only had us two, Lois and me.

The reason--for having no more kids--he said was that for me he gave up drinking and for Lois he gave up smoking. He didn't have any other vices to give up so he couldn't have any more kids.

The fire? It was arson, I'll tell of the burning of this Herman saloon another day.
Fire Herman, Nebraska travel and places travel Family children global-warming random-thoughts Photos

Who said "The grass is greener in Nebraska?" 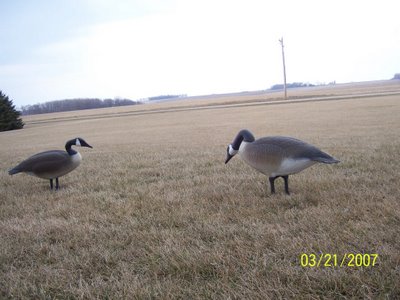 Believe me, it isn't. It is still brown.

When I worked in the watch factory [one of my other lives] they guys there always said the grass was greener in Colorado.

Then they would add, "if I only had enough money to get out of town, I would go there [Colorado]." 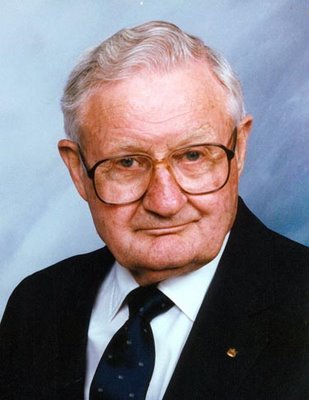 CHARLES VERNON HOVENDICK, also known as Jim, was born January 28, 1910, to Charles and Elorah (Fletcher) Hovendick near Fletcher, Nebraska, (now rural Herman). He passed away Monday, March 19, 2007, at the Hiawatha Care Center in Hiawatha, Iowa, at the age of 97 years.

Vernon attended rural school through the eighth grade at Pleasant Hill and grades nine and ten at the Crawford School. Several years later he earned his high school equivalency diploma. Vernon always like working with figures and doing bookwork, and enjoyed working in his office building (a converted brooder house) on the farm and later in his basement office.

On December 28, 1932, Vernon married Marjorie Corkill at her parents’ home in Tekamah. They had two children, James Vernon and Lois. Marjorie passed away in February 1999.

Many remember Vernon as their Pioneer seed corn salesman. Vernon and Marjorie farmed on their farm west of Herman until moving to Tekamah in 1981. Vernon raised cattle and hogs and like working with horses. He also worked for the Burt County ASC for several years. After moving to Tekamah, Vernon volunteered at the Burt County Museum, serving as a member of the board and as treasurer for several years.

He was active in many Masonic Lodges and was a 60-year member of the Herman Landmark Masonic Lodge No. 222. For several years, he served as Grand Chaplain for the Nebraska Grand Chapter Royal Arch Masons.

Religion was always a very important part of Vernon’s life. He joined the First Baptist Church in Tekamah as a youth, was church treasurer for many years, served as deacon and on the board of trustees, and taught the young adult Sunday school class for many years. An avid Bible reader and scholar, Vernon knew many scriptures by heart and enjoyed listening to his Bible and devotional tapes after his vision failed.

In the summer of 2000, Vernon moved to the Oakland Heights Assisted Living due to poor eyesight caused by Macular Degeneration. In 2004, in order to live near his daughter, Vernon moved to Iowa to the Fontanelle Good Samaritan Center, a year later he moved to the Hiawatha Care Center.

He was preceded in death by his parents; wife, Marjorie; brothers and sisters-in-law: Lester and Mabel, Chester and Dorothy, Howard and Fae Hovendick; and a twin infant sister.

VISITATION: Friday, March 23, 2007, from 1 - 8 p.m. with a 7:00 p.m. Masonic Service by Tekamah and Herman Masonic Lodges at Pelan Funeral Services Tekamah. Visitation will also be held Saturday one hour prior to the service at the church. 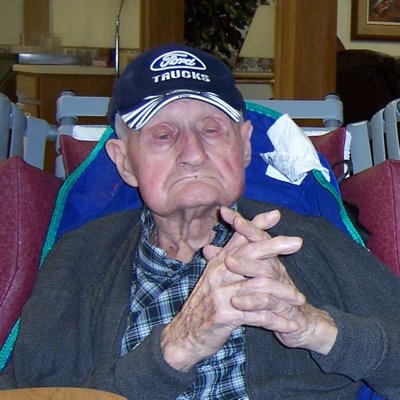