The Blahs -- MidWeek Blues -- The birds and the grub


But first an updated picture of our new grandbaby, KP.

Today she is four weeks old, this was taken yesterday by Karen. 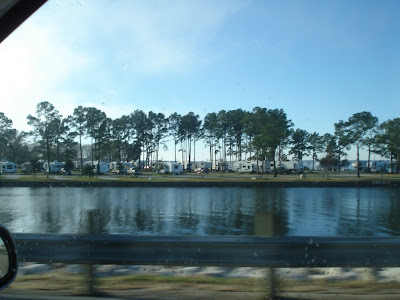 The birds. Why would this picture make me blue? Or make anybody blue? Well, may be it wouldn't. This just isn't my idea of escaping the harsh Midwestern winters.

The birds? We call them snow birds. They come down here in the warm when it is snowy and cold up north. They bring their own homes (make their own nests). They blend in when there isn't anything doing with 'their kind.' 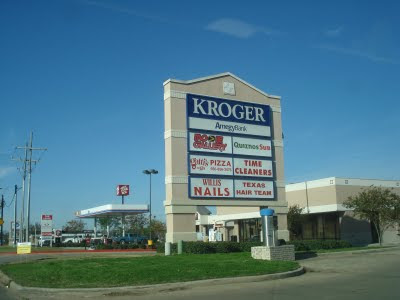 The grub? Birds must eat. One reason they like it here is because of the proximity to the necessities, such as groceries, Jack-in-the-Box (plus a half dozen other fast food, NO BURGER KING) and gasoline. This shopping center is six miles east on the Interstate Highway, IH-45.

And I say 'here' because the RV trailer park is less than a mile on east from our home. It generally fills in the winter.

The Blahs? Definition # 2 : plural [perhaps influenced in meaning by blasé] : a feeling of boredom, lethargy, or general dissatisfaction 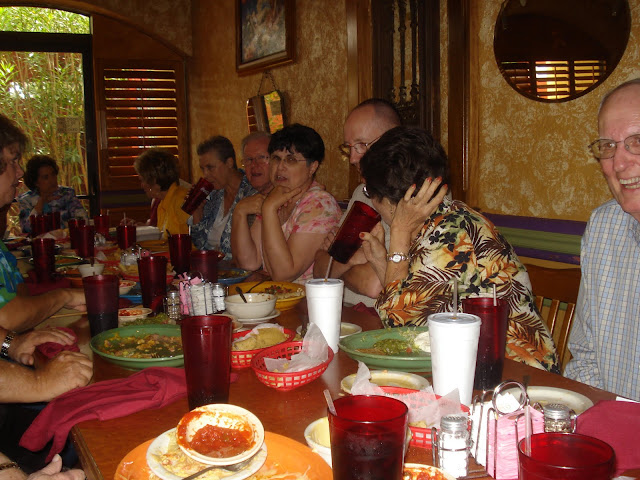 This group is a part of Mrs. Jim's Sunday school class eating at one of our local Mexican restaurants. The food is excellent, Mrs. Jim and I shared the Sunday special green enchilada dinner.

I rated the place a two-star out of a possible five stars. My reasoning is below. 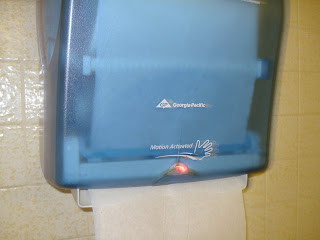 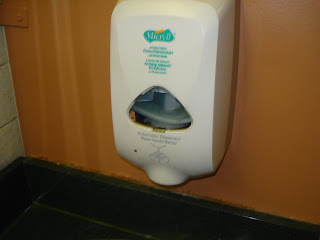 Two stars are right here, one in each picture. The next two didn't fare so well, did they? Scroll down again and I'll tell you why if you can't guess from the photos. 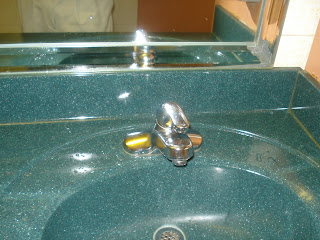 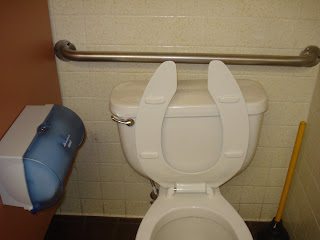 These two are evidence of a less than five star restaurant.

I judge restaurants by the quality of the rest rooms. This one was only a two.

They will get two stars, one each for the towel dispenser and another for the soap dispenser. No stars are coming for the water basin or for the toilet.

Both the towel and the soap dispenser are 'no hands' operation machines. We have to put our hands on the water faucet and on the toilet flushing lever. Stars go to the automatics, no stars for the manual.

Don't you really love it when you don't have to touch anything but yourself in a public restroom? You too can give the stars earned according to Jim's star award formula.

Did anyone guess how to get five stars? I have the answer posted in the comment section. Not many make that big five.

This one is not very exciting. It might be more fun to watch the corn grow than stay here very long. I omitted the really dull ones.

4. Fun night out: Eating out and movie

5. My BFFs: Mrs. Jim and Adi, then the five kids and all the grandkids. Note: I am not sure I know what the BFF these are

9. Biggest concern: Our country is going to Hell in a hand basket

10. What my biggest concern should have been: Things would get worse, year by year for the next ten.

13. If I could go back now and talk to myself I would say: Self, you are one okay guy.

4. Fun night out: Eating and the movies

5. My BFFs: Mrs. Jim, Adi, Katrin, the kids and the grandkids

10. What my biggest concern should be: That our country would recover at all

3. What have I accomplished in 10 years that I am most proud of:
Being retired for nine years and still live to tell about it

4. What have I NOT accomplished in 10 years that I wish I had: Finish recovering from the move and getting my home office in good shape and my old Ford car up and running.

For more clever ones, go here: Sunday Stealing Headquarters
Those are the people who rip these off from elsewhere.