All about our early TV watching is what Linda wants from us this week. Linda asked several questions. Click her icon, right, if you want to read others or participate in this.

First,
a little teacher joke from my friend, bornagn901 (I never know whether that will be James or Gwen--the address belongs to James but they both use it when it comes pass-around-joke time):
TEACHER: Clyde , your composition on 'My Dog' is exactly the same as your brother's.. Did you copy his? 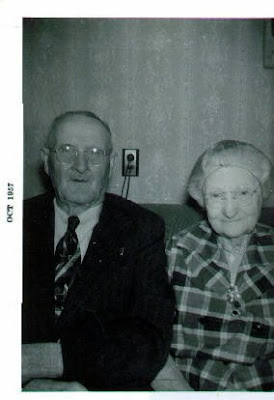 Did your family have a TV?
Our family did not have a TV. TVs were fairly new when I was still in high school and my parents would not buy one. They thought the radio had all the news they needed and some real good programming for listening.

Sometimes some of my aunts and uncles and cousins would come to watch with my grandparents. Not usually though because they had their own TVs. I watched TV cartoons sometimes with my cousins on Thanksgiving and Christmas. We always had that at my grandparents.

Was it color or b&w?
Grandpa's TV was B&W because that was all they had back then. After I got married, six years out of high school, only then was my first TV, also a black and white. I don't think there was color TV yet then either.

How many TVs did your family have?
My parents bought a TV right after I left for college. They only had one. Until I married Mrs. Jim much later, I only had one TV. Now we have one in every room except the dining room, bathrooms, and the mud room.

Did you have one in your room?
When I was in college I still didn't have a TV for my room(s). My TV watching was either at the Student Union Lounge or at work when someone brought one in on University of Nebraska football days.
I moved around a lot after I dropped out. I still didn't have my own TV. My last landlady had one and I would watch it quite a bit with the family. It was here that I first saw the Beatles when they came on the Ed Sullivan Show.

Did your family leave the TV on most of the day or turn it on for specific programs?
Back in those days the TV was never left on when no one was watching. I think people thought it might self combust. I generally shut them off to this day when not in use, mostly to conserve energy.

Was the TV on or off when you ate meals as a family?
My landlady always had hers on at meal time because that was also news time. The TV couldn't be seen from the table but everyone could hear the news and didn't need to see it. Except maybe for the weather, that was nice to watch.

Were there rules about watching TV?
I was too old for rules. With our own kids there weren't any rules either. All the time they were at home we only had broadcast TV--no cable or dish TV-- so the programming was decent for them to watch.

What were your favorite shows?
Football has always been my favorite show. That is because I began to like football about the time I had my own TV. I watched the Late Night Show and/or the Tonight Show about from the time they started.

I generally go to sleep during one of the last two. If I'm really tired it may be during Jeopardy. We do have a 'sleep timer' that is always used for these late hours. And we are in bed. 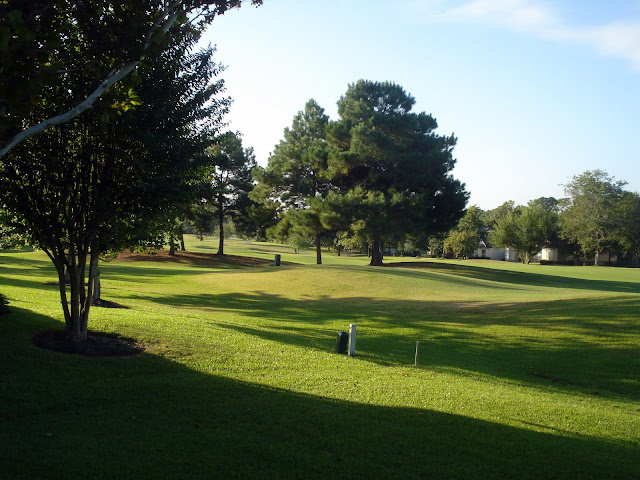 Monday morning view from our back porch 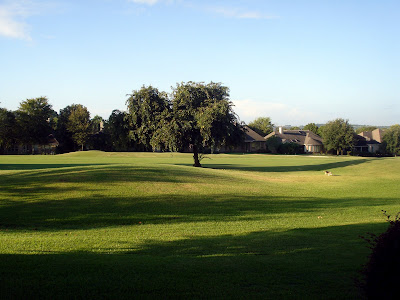 All was peaceful out here this morning when I let the dogs out. You can see Adi coming back home here on the right.

Only the soft buzzing of a distant small plane in the air could be heard. I am sure I could have heard birds singing and chirping were it not for the plane. Which plane by the way I never did see.

Feel free to click on any picture to make it larger. Click again or on a little enlarger button on the bottom left and it gets really big. Your back button will get you back here. 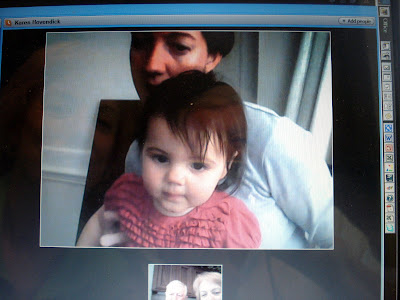 Life has been good (LIG-Life is Good) this weekend. My all day Saturday preparation for the Sunday school lesson paid off, I think. It was the opening lesson for a series in Ephesians which will last for three months.

Life got better after church when we were able to chat with the kids in London on Skype.

KP waited up for us, they are six hours ahead of Texas Time. She is walking pretty good now and has a new push toy to help her with that. It is complete with flashing lights and a telephone. She doesn't steer it too good yet so Mom, Dad, and Sister all help here get it straight when it runs into a wall.

I just had a horrible thought! I hope she won't be a bad driver. It runs in the family. Her Aunt Susie has even run over a telephone booth, dragging a lady around with it going through a parking lot. All of the kids remember that. Thank Goodness it was before the days of prolific lawsuits! 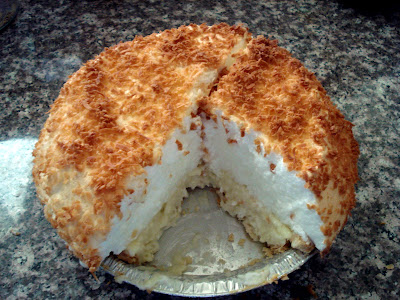 Life stayed good still after talking with the kids.

On the way home from eating with daughter, Susie, her hubby, Anthony, and his mom, Rita, we stopped for this pie. Pie was for supper. Enough calories there so we didn't even need a sandwich.

Susie had come to play her music to Chapter One of Ephesians for my class. Anthony read the Chapter one while she played. You can listen to her music here.

LIG for me feet also. I have a new pair of tenny shoes too (click for picture). They are Air Nike's Running shoes. I don't run any more but they are the next best thing I could find besides my old Reebok's . They were cross training shoes.

Would believe that my old shoes (picture) lasted over four years even though I wore them all the time. All the time that is when I wasn't barefooted or wearing flip flops. 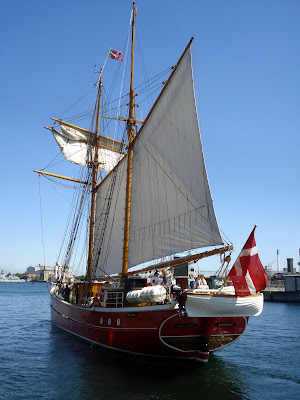 To keep me honest, here is my Ruby (Red) Tuesday picture from Copenhagen.


I will title it

I'D RATHER BE SAILING.

But life will be good still. Shopping is in order with Mrs. Jim and supper at Luby's with the Sunday school class this (Monday) evening.

I wish you all a nice Labor Day. I do hope you got to sleep in.