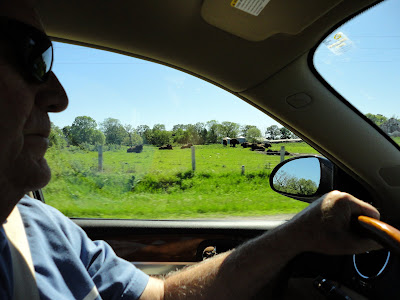 a buffalo
(click on the picture, then click again, you will too)
I did see a buffalo, a medium sized herd of them. They were on the back road between Cedar Rapids, Iowa, and Center Point, Iowa. My BIL, Jim W, was doing the driving again. And wouldn't you know it, the buffalo were on his side of the car. 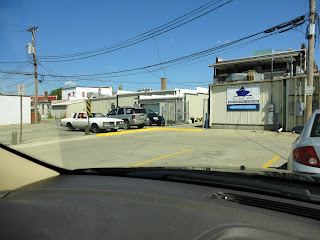 Our road trip was to Cedar Rapids for a visit. First we went to Duffy's Antique Auto Museum and Sales. Then we went to the Czech Village.

Today I will tell you about an incident at the Czech Village. Our primary mission was to visit the museum which had flooded. It is being moved to higher ground. Here is a link to that project. There are supposed to have a Web Cam but I haven't seen it. Check Village and Slovak Museum & Library, upper right corner link button. 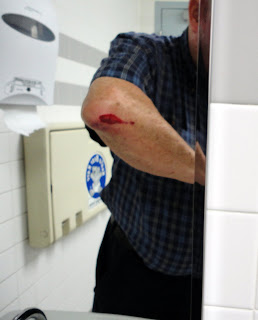 I fell, again! Seems every time I go some place I am falling. My most famous falls were down some outside stairs in Ireland (link) and then my fall down the up escalator in London (link).

This time I was leaving the antique store using their back door as we were parked behind it in the parking lot. The people in the picture above had a yellow stripe to see the gentle down step but our store was on the right and it had no yellow stripe. 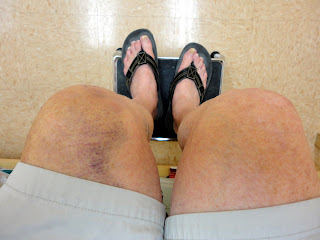 It seemed at the time that my worst damage was a bloody elbow. I cleaned it up with soap and water at the restroom in a very nice HyVee Store. But later my knee swelled up and hurt worse than before.

You can probably tell it was my left knee that I fell on. The Wednesday after we got home I had an appointment with my knee doctor. The Xrays showed right away that it was bone on bone at the joint. I already knew that because it made a grinding noise when it pivoted. I had not played golf since March 9th because of pain.

I blame the knee for my fall. When I missed the short step the knee would not support me as I tried to get my balance back. My surgery for a knee jont replacement is scheduled for mid July.

Do you know why Noah's ark was built out of wood?
They didn't have arc welders back then. [Click to Vote!]

Labels: pun of the day 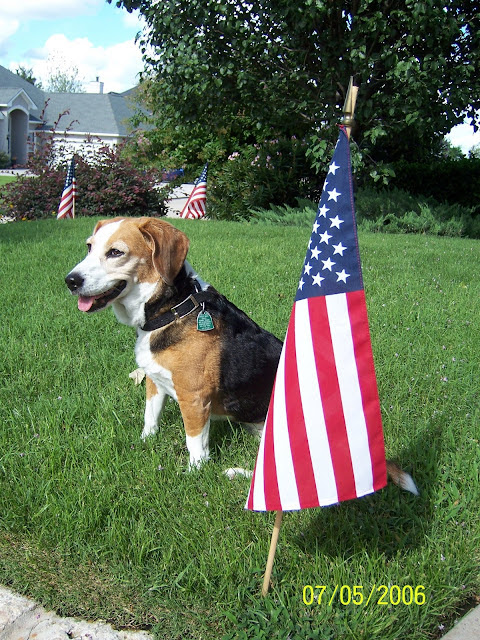 June 14, 2011, is Flag Day. June 14 has been Flag Day now in the U.S. since 1949, making it a 62 year old tradition. Although it is an official day it is not a national holiday. I believe that it is a state holiday in Pennsylvania. 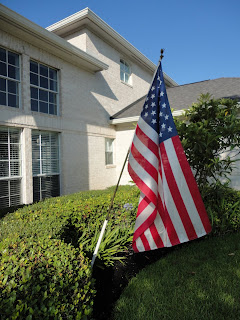 At the right is our flag for 2011. An additional treat for MidWeek Blues is the smallish looking blue flower peeking out between the flag and the pole.

You can see it better below of course. It is one of our Lily of the Nile flower for this year. Most years there are two or three but our hard winter must have changed that for this year. They come up every year. To read about them, please click here. 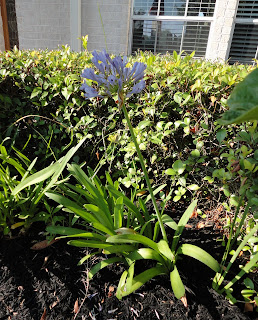 Mrs. Jim's bridge group played bridge yesterday at our house. Although the others know that she has a husband the players all expect their men to be barely heard and not seen.

Accordingly I spent the afternoon getting some bills ready to mail, grabbing a cup of coffee and a few of the ladies' snacks, and heading out. I went to the post office, the grocery store, and then spent the remainder of my 'time off' in the library. I did have a book that I had requested to pick up also.

My time at the library was spent in reading the Houston Chronicle and the Conroe Courier. We only take the Wednesday through Sunday Chronicle so this was my opportunity to read the Monday paper for a change.

I learned some things:

Prince Albert II, Prince of Monaco, "hopes to have a family soon". That will include getting married to his fiancée and Olympic backstroke swimmer from South Africa, Charlene Wittsock (link). From my reading I believe that the Prince also includes having a child as a part of having a family.

Blogger, "A Gay Girl in Damascus" had been arrested in Syria. Supposedly she was a young lady of Syrian and U.S. heritage. It turned our 'she' was an anti-government male. Perhaps you have read some of her blog.

Blogger, Tom MacMaster is now safe in Istanbul, Turkey. I do not know if he will continue his/her blog or not. He believes in a cause. We will see.

"He never talks about his faith." This could be our President Obama. I fault him for that. But this time it isn't. It was said about our Governor (of Texas) Perry by one of his spokesmen, Mark Minor. "He grew up a United Methodist" and now "Attends" Lake Hills Church of West Austin, Texas.

The article was about Governor Perry's contributions to his church. Over the last 10 or so years he has given an average of 0.5 percent of his income to his churches. Lake Hills Church has NO RECORD of his giving since he has been in attendance there. As a Christian myself, I have always heard that we are to "walk the talk." Governor Perry does a lot of talking. We will check out his walking in other areas before we give him a final grade.

A gigantic ash cloud from Chile has arrived over Australia and New Zealand shutting down most all air flights there. From what I read this could last the next several days. 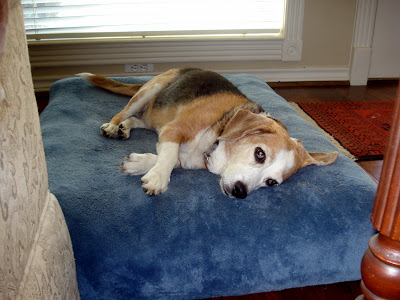 A new church, has started in Houston. It is for people who like to take naps. Nap taking is encouraged during the services. The Southern Naptist Convention was held here (Houston, Texas) on Sunday, June 12 at the 14 Pews.

A group of napping devotees started the organization to promote napping under various circumstances (work, church, etc.). It evolved into a church/religion. Sunday nappers have 'naptures' when they meet. There is a 'naptism' meaning scattering feathers on new members who wish to join.

Their goals are to encourage people to become better rested and to remove the stigma given to taking naps.

An aside. In my office at the college one bookcase beside my desk had an upside down box. Under the box was a TV. I used the TV to watch Matlock which helped me somewhat in my teaching of Business Law classes. After Matlock was finished I would take about an hour nap. In fact, I had a nap today (Monday) first thing while the ladies played bridge.

I might be a good candidate for this new Church of the Napists.