.
My six words:
Someday even the tall will fall 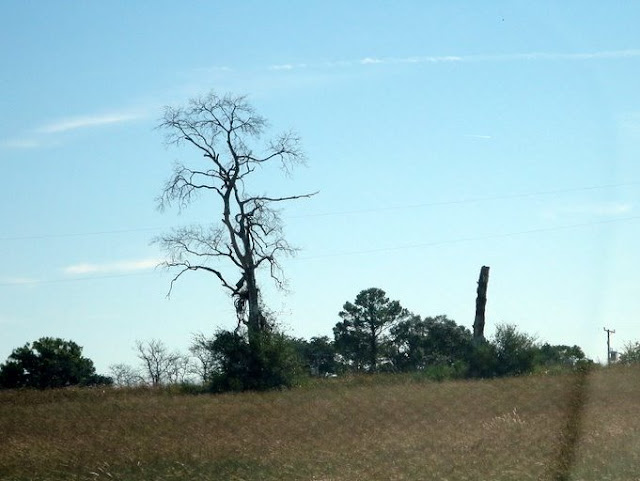 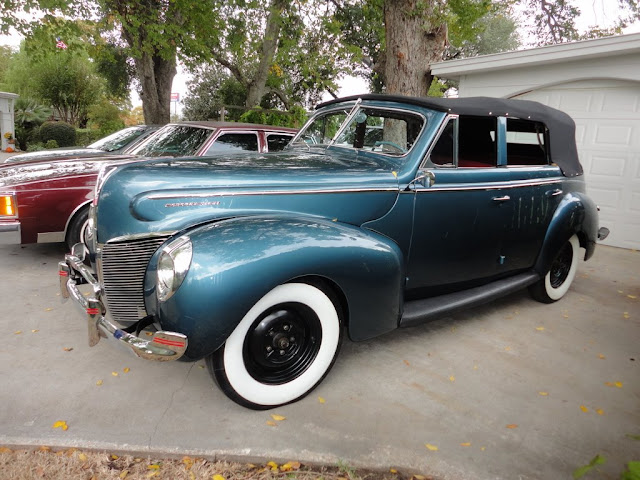 I don't know if you remember this one or not. I had never seen one until this fall. It is a 1940 Mercury Four-door Convertible. I think it is not a Phantom convertible model although it might be if they made one.
This car belongs to a member of our Montgomery Early Ford V8 Club. Two other members own 1940 Mercury convertibles but just the two-door club coupe model.
The hubcaps to this car are still in the member's shop. He is not satisfied with the painting of the word Mercury on the outside. Oh yes, we did get to hear the car run but none of us was allowed to drive it. 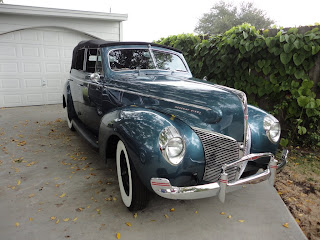 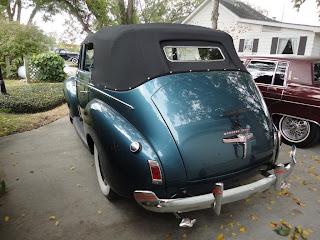 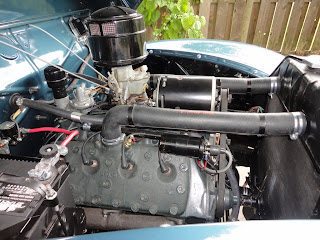 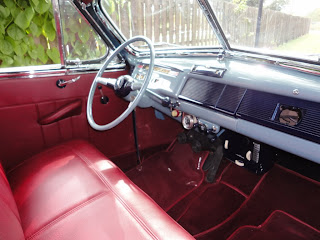 The car below is a more 'modern' Mercury. It is a member's 1951 Four-door and is mostly all original. It was found in Oklahoma and has not been restored like the 1940.
Mercury's, made by Ford, were discontinued in early 2011. Although the 1950's models were different than the Fords, by the 1970 and on they were very similar and shared the same body moldings. Sales were down a lot on these cars.
Also remember that Ford did not receive a government 'bailout' and did not file for bankruptcy either. Both General Motors and Chrysler got the bailouts but were forced to file bankruptcy by our U.S. as a condition of the government aid. 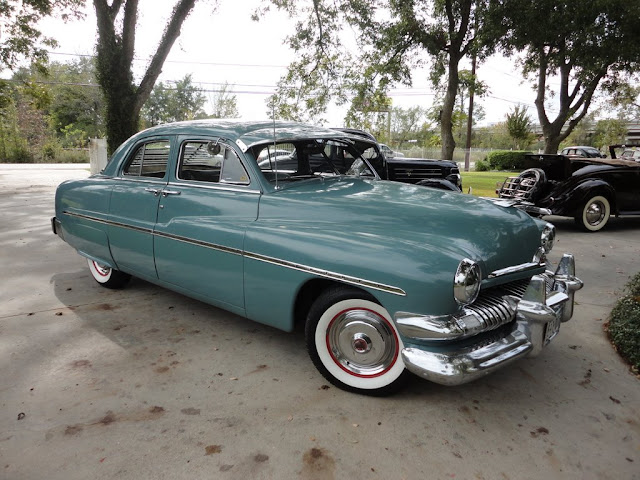 The 1040 Mercury is now 82 years old. I personally much prefer the club coupe or club coupe convertible model or the 1940 Fords. This one to me is an oddity although a pretty expensive one.

2001 Mercury Sable below. Notice it looks like the Ford Taurus.

I don't know how many knew of my terrible backache that I had starting after we got back at the first part of December. It was just terrible pain, especially when trying to lay down or get up or sit up from the laying position.

I'm glad that my back surgery is over. I came home last Thursday after spending a night in the St. Luke's Woodlands (a Houston suburb) Hospital. My terrible pain is gone but there is still a lingering backache. It gets better almost every day.

The surgery went well. It was the repair of a thoracic vertebrae which had a fresh partial compression fracture. I was required to stay awake so no general anesthesia, only locals. This was so that every now and then I could wiggle my feet on command. I have a small band aid now covering my incision.

1. Start out with Mrs. Jim
HAPPY BIRTHDAY MRS. JIM!
Mrs. Jim has been behaving quite nicely and has been a very good care taker for me when I was down with my new left knee joint implant. Also just now with my back problems and subsequent surgery. Thank you, Mrs. Jim.
That doesn't mean that her evaluation will be waived. It just means that it is going to be late again but for sure I can promise it will be a good one for her. She almost walks on water.
2. New Year:
HAPPY NEW YEAR 2012!
3. My Surgery:
My surgery was very successful. Today the lingering backache that I spoke of yesterday is going away. Read more here.

4. Blog hit counts for 2011:
Total number of hits for the three publicized blogs was 20,974:
Jim's Little Blog: 10,959 (this blog)
Jim's Little Photo and Poem Place: 4073
Ask Dr. Jim (blog): 5942
Why are the first two titled "Jim's Little"?
Because there already were quite a few "Jim's Blog" types when I started back in 2005. And because I didn't think my blog would ever be a big deal I stuck the word "little" in the title. Several of the discontinued blogs also are 'little' blogs.
When are you going to start another new blog?
I never know for sure. My health needs to improve first and secondly I need to get a handle on my office. It has become out of control--did you ever hear of having a 'junk room' in your house?
I do need more of a journal type blog keeping readers up to date. I have quite a few relatives and friends who read regularly to keep up with me but hardly ever, if ever, leave a comment in the comments.
5. Succinctly Yours µ-fiction story for Monday:

Toys and booze, that's all I see you with now.

You love them more than you love me.

You can go live with them. Happy New Year in your ear!

°Written for Succinctly Yours – Week 41
°The word of the week, 'memories', and the picture were selected by Grandma.
°It's posted on her blog, Grandma's Goulash
°Her Rules: Use the photo as inspiration for a story of 140 characters OR 140 words. It doesn’t have to be exactly 140, just not more.
°Using the word of the week is not required. This week I elected not to use it.