(1) Starts with "Q": Quaint or Queer.  These words are some of the less frequently used "Q" words so I thought that I would use them here to give them some more publicity.  The following are their Google definitions: 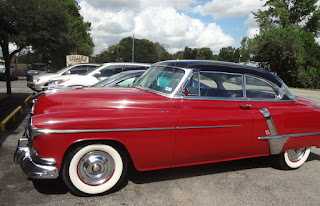 This 1951 Oldsmobile I found when I came outside was parked in front of Dozier's BBQ in Fulshear, Texas. Dozier's is an older and slightly quaint meat market with serving tables inside on the side and in back.  But coming outside after eating our chopped brisket sandwiches (2 for price of 1 on Fridays) to find this neat car made the atmosphere feel really Quaint.

People probably thought it Queer that I, a grown and older man, would play with these cast iron 1:64 scale model toy cars that were for sale.  There were five or six shelves full of them all sitting pretty.  I picked some older models that I really liked and placed them front row, out across on the top shelf.

Would you think it would be Queer for an adult to be playing with these attractive and appealing toy cars?  No one stopped and stared, not even when I took my pictures.  I have had a real 1962 VW Beetle with a sliding cloth top.  Later I put a VW Transporter larger engine in it to pep it up some more. 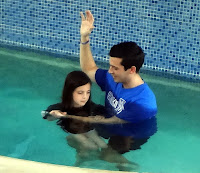 (2) Week's Favorite:  Last Sunday our KP, now seven years old, was baptized.  Her parents and grandparents (four) and some of her nieces and nephews were there to be witness for her.

We are members of Second Baptist Church of Houston, the Hwy 1463 Campus.  We have baptism outside in the patio/garden after the church ceremony.  See more pictures here. 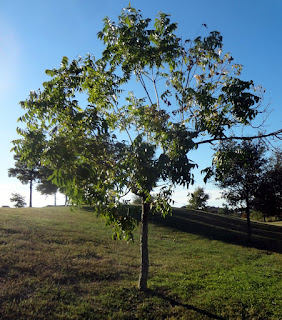 (3) Fall or Spring:  It is Fall now, even in Texas.  But our trees won't be turning red and yellow for another month yet, in November or December.  But the fruit trees are now maturing, we had one orange on our young backyard tree which we picked before the birds got it.

This morning for our walk after walking KP to her school was along a path having some young pecan trees.  The pecans were starting to ripen and a very few had fallen. I shook one tree to get some more but Mrs. Jim wanted me to stop as should said they were too green to eat.  The four we got are pictured below. 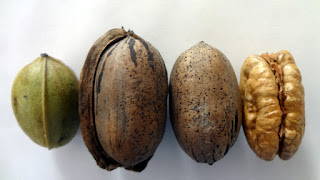 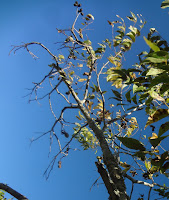 The Fine Print:
- Teresa of Eden Hills, (click) is running this meme, Friday's Hunt.  Her rules are: "Welcome to linkup for Friday’s Hunt. It’s very simple. Anyone can participate. The link opens at 7pm Friday Central time and will close Sunday at 7pm. "
You have plenty of time to enter as you can get the letter and the other two requested topics as early as Monday, posted in her sidebar at its top.