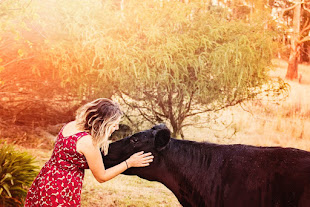 .
She milked the cows;
he farmed the land
She was a city girl, young
on her first job
They had met before in a
neighboring town
The girls all knew, "stay away"
from that fast town
She went there anyway, met
her future man
Married, this city girl young
cried the first night
Not accustomed to farm life
there by themselves
Barely knew a pig from a horse
she'd learn a lot
Husband was beside himself
gave her a calf
The calf wasn't like her cat
it stayed apart
Never sat in her lap but
stayed in corral
Sort of a pet but still its
future uncertain
To market when it was grown
or milking cow
Please a milking cow begged
this city girl
Keep it they did, calved and milked
called her Blackie
Blackie still her pet corralled
with other cows
Knew her name leader became
"Queen of the cows"
Blackie loved this city girl
she loved her cow
A country girl became, they
love their pet cows
_ _ _
- Poem Copyright, Jimmiehov 2020, All Rights Reserved
- I am linked with Carrie Van Horn with The Sunday Muse * 127 for the picture inspiration prompt at http://thesundaymuse.blogspot.com/2020/09/weve-got-cowsand-footnotes-muse-127.html?m=1
- Before I started high school I was in 4H and had a Brown Swiss calf as a project.  Dad kept the calf, soon named Brownie, as a milking cow.  She gave a lot of milk and had good feeding calves, he kept her for a long time, probably until she died of old age.  In high school, as an FFA project for my last two years each I raised a litter of pigs.  Those pigs, 8 and 9, became farmstead pets who followed us around.
- And my mom was a city girl before marrying Dad.   She was away in Lincoln, Nebraska, working as secretary for a state legislator.  Dad share cropped on one of his father's small farms, half of all the crops went to Grandpa until he died and Dad became its owner.  They were married for 67 years until Mom died.  She raised the chickens and took care of the egg production.  She also milked cows until I was age five and took her place.  She was Dad's helper from husking corn to slopping pigs.  When they retired they, having purchased a home in town, moved to it.
. 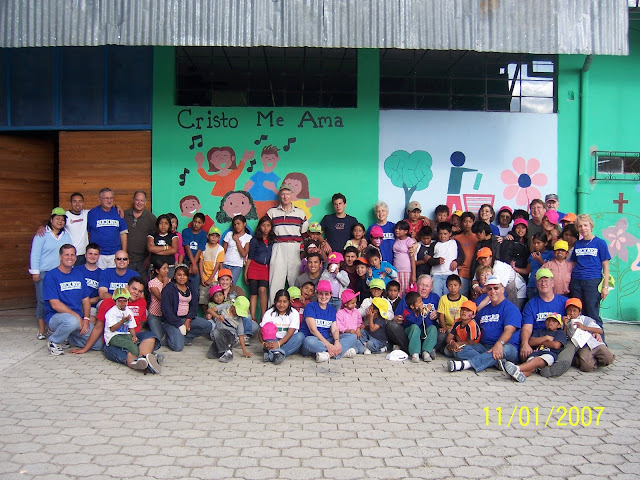 [large picture  worker picture] [super sized worker picture]   [large picture above] [super sized above]
(B) "Many" (Tom's Choice): Many kids wished me Happy Birthday (October 30) on that mission trip. Our purpose was to upgrade the living facilities there and conduct a Vacation Bible School.
We installed a hot water heater for the boy's bathroom and overhead lighting in the girl's dorm so that they could read or play games and stuff after dark.
We also did a lot of painting. Oh yes, one man in our group was an electrician, we were his helpers. 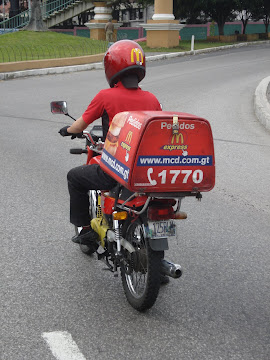 [large picture] [super sized]
(C) A Favorite:  McDonald's delivery motorcycle, in Guatemala City.  Note that I went back for another mission holiday the next year, 2008 for this shot.  He got ahead before I could get the camera turned on, this is a zoom picture from our bus. 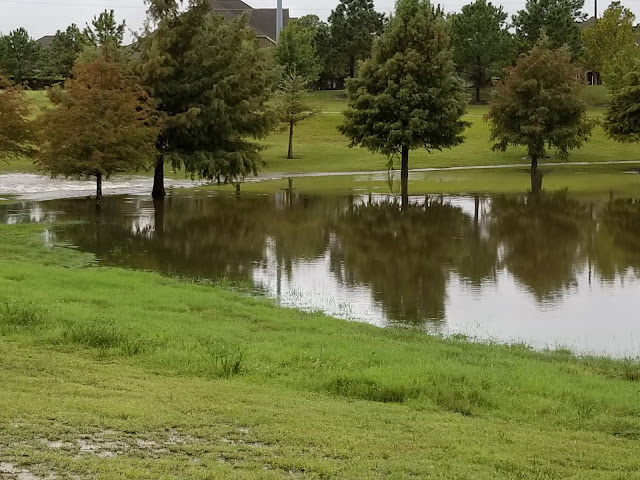 [Note the out flow through a culvert under the walkway.  the day before it was gushing over the walk in tandem with the smaller culvert.] 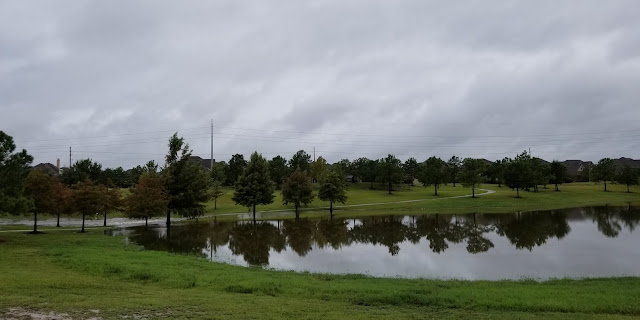 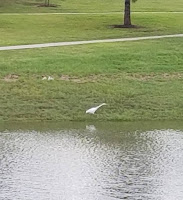