Before bed, a Friday Top Five

I never do this but thought it sounded good tonight (this morning really).
. 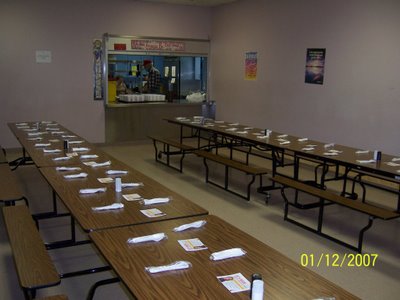 1. Table was set when I got there. Where is there? BTW, there are sixty-four place settings here.

2. It was 10:30, that's Ken standing in the serving window. He is an ex-Marine (WWII). He claimed he was there at six in the morning setting the tables. Sounds pretty gung-ho to me. 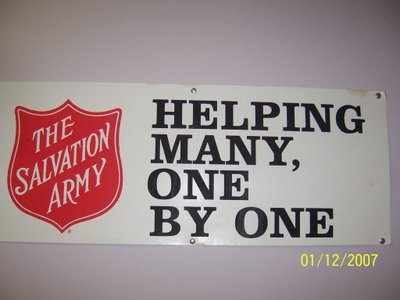 3. There is at the Conroe, Texas, Salvation Army dining room. I was serving lunch to about a hundred hungry people Friday noon. 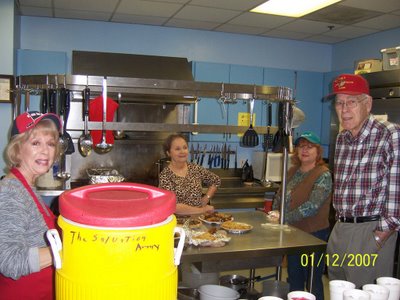 4. These are four of the five other helpers. Left to right is Ellen, Annette, Sandy, and Ken. Not here yet was Cheryl. I finished out the crew of six. The four ladies worked the kitchen, Ken and I served the food.

I'm tempted to show up there some Saturday morning. Just to check it out, I am thinking the food at breakfast will be really good. [Note, I'm not homeless or terribly poor, I just would like to check out the breakfast activitey.]

Ok, now we can know where in the world Jim was 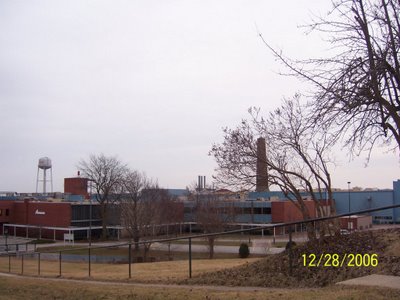 Guess Number 1
There's a hint here someplace.
.
Jim was in Iowa for this shot. Two hints here, first the date. Check my old blogs. Karen knew, she took the picture.
.
Second hint, click on the picture to make it full screen. You can read the word "Amana" on that building.
.
In the Amana Colonies, Iowa, they make microwaves and refrigerators.
.
They also have those delicious ribs! (link to post) 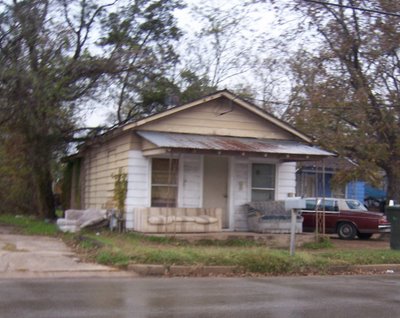 Guess Number 2
This isn't an abandoned house and it's residents aren't homeless. [Other homeless post link]

Not so good a clue here. If you're from the South you know the scene, just not where.

Up North or West you just don't see people with couches on their front porches. Most of their porches are screened to keep out the squitos

I took this picture on a Sunday morning on the way to church. Most Sundays there were at least a couple of men sitting and talking. Note the street was wet. I think it was a little cool for sitting out on the porch.

This particular double couched porch is on South Main Street in Conroe, Texas. 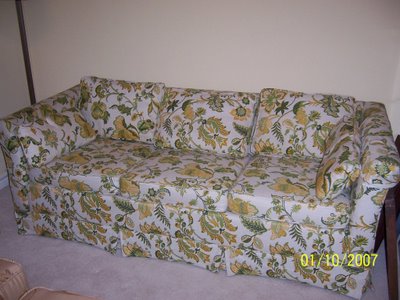 This couch is in Mrs. Jim's study/music room right now. It was the first piece of furniture we bought in our marriage.

Now it has to go. Mrs. Jim has a nice chair and a hassock to match that replaces this couch. [She may get a more petite sofa also.]

What to do with the old couch? You guessed it, put it on our back porch. Our front porch is too small for a couch. Now we will watch the golfers. Too bad we can't be out front to watch the traffic. 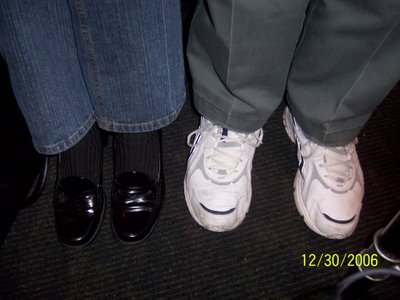 I give up, you tell me here too

This picture is a dud. It was supposed to be a part of a blog I didn't write. A blog about pictures I didn't take while I was in Iowa.

The shot is of Karen's and my feet taken at the Delta Lounge in Cincinatti.

Pretty feet? Not pretty enough for the pretty feet contest I'm sure.

You will really have to beg me to blog about the pictures I didn't take. The blog I didn't write too!

Well, it's time for the Houston Rodeo again. It start's Thursday, February 27. Beyoncé is a hometown Houston girl, I predict her performance will be an early sellout

Did you know her voice covers five octaves and is insured for $Millions and $Millions? I remember when she was starting as a local hit with her group, Destiny's Child, in 1999. 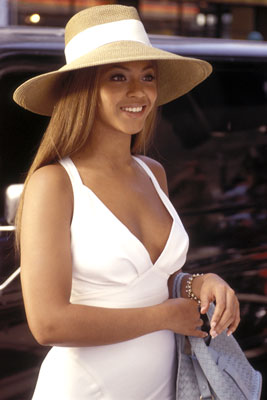 ZZ Top is also a hometown group. They will put on the finale and should be an early sellout as well.

Generally every performance is a sellout eventually.

Let me know if you are coming. We have a nice guest room and blogger friends are welcome.

Beyoncé tops the list of returning favorites, hot on the heels of her success with B'Day, released last September.

RodeoHouston warhorses Reba McEntire and Brooks & Dunn will be making their 16th appearances at the event.

But no one can touch George Strait, who will be celebrating his 20th performance at RodeoHouston in 2007.

A few new faces include Sheryl Crow who ... [triumphantly returned from a bout with breast cancer] which forced her to cancel her Rodeo Houston debut in 2006.

Expect a sellout when Houston's 'tweens gather en masse to worship at the feet of the Disney-created Cheetah Girls and Hannah Montana.

... here is the complete lineup:

[Please note that each star has an Web site, just click on his/her name.]

[pictures of these stars]

Besides these entertainers, there is an honest-to-goodness rodeo. I like to go over to the livestock show as well. Four H'ers and FFA kids show first, followed by the professionals.

Last year the top steer sold for $315,000. The 16 year old owner plans to use her $85,000 cut to attend Texas A&M University, where she wants to study agricultural engineering [link].

The other $230,000 was distributed among the other competitors to help with their education. [Go here for this year's auction schedule] [and here for a blog about previous rodeo activity] 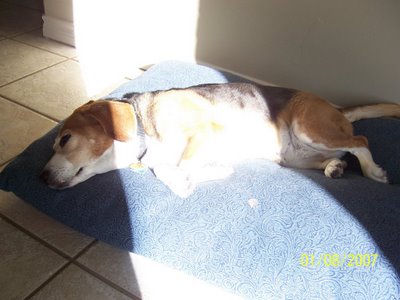 She loves this!
I might too if I had the time.
I'm retired, why shouldn't I have time?
. 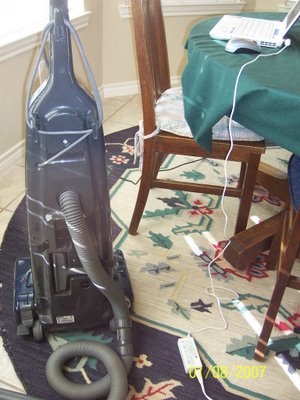 .
Today is window washing and blind cleaning day for Jim!
Well, a few of the windows anyway.
. 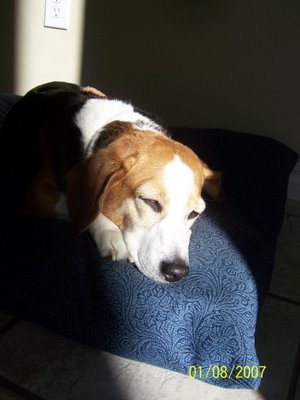 She follows that sunshine too!
What do you think she is thinking about?
.
I thought about a time many years ago
(a few know how many).
.
.
I was playing in the farmyard,
in the shade because it was hot,
in the dirt with my tractors and truck,
toys that is.
.
My dad came over and said,
"Jim, I have something to show you,
you might like it."
.
I went with dad, leaving my other dirt work.
.
We headed straight for the barn.
You see he was milking the cows.
We had about eight or nine then as I remember.
.
Then and there my dad taught me how to milk.
.
Was it fun?
You can decide for yourself.
And guess what happened the next day?
.
You guessed it!
To the barn we both went.
Yes, to milk the cows.
.
That was then end
of playing in the dirt,
with my toys,
during chore time,
for me,
for ever.
.
Forever until the day I left for college.
.
. 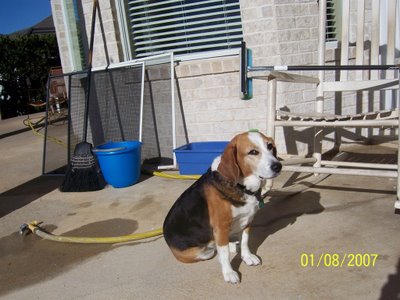 Adi might be glad she isn't a farm dog.

What do you think?

"All things are full of labor; Man cannot express it. The eye is not satisfied with seeing,Nor the ear filled with hearing." [Ecclesiastes 1:8] 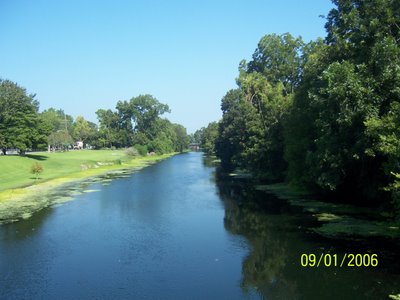 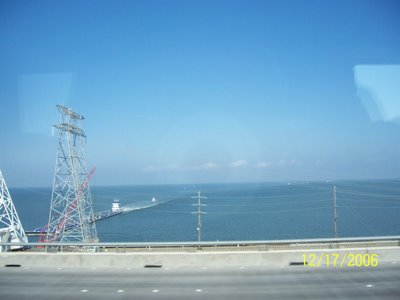 into the sea, Yet the sea is not full; 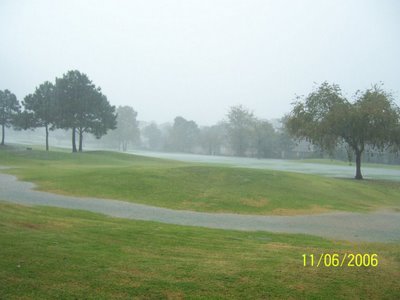 .
To the place from which the rivers come,
There they return again.

"6 The wind goes toward the south,
And turns around to the north;
The wind whirls about continually,
And comes again on its circuit.

7 All the rivers run into the sea,
Yet the sea is not full;
To the place from which the rivers come,
There they return again.

8 All things are full of labor;
Man cannot express it.
The eye is not satisfied with seeing,
Nor the ear filled with hearing. "Nature Mother Nature Religion and Philosophy Photos Science Writing and poetry

Earlier still *** was the writing of Job ** which states this same way of Mother Nature.

Ecclesiastes was probably written by King Solomon around the year 940 BC. That is 3600 years before present time.

King Solomon was noted for his wisdom, how in the world did he know this principle of nature way back then before modern science?

27 "He draws up the drops of water, which distill as rain to the streams;
28 the clouds pour down their moisture and abundant showers fall on mankind.
29 Who can understand how he spreads out the clouds, how he thunders from his pavilion?