In memory of Florence E. Wolff, a very good friend 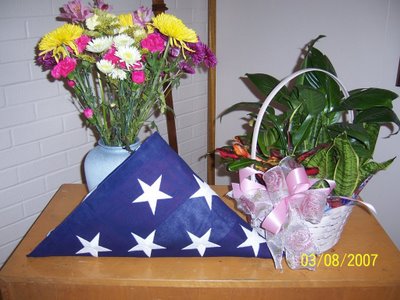 Florence was a very good and close family friend. She died last Saturday, March 3, 2007, at age 94 after a long and sad illness.
.
Even though we will miss her so very much, Ms. Wolff is in a much better place now. Florence Wolff is in Heaven. I don't know the mechanics of that very much (is this spoken like a former true Aerospace Engineer at NASA?) but I know for certain that is her Final Destination.
.
The flag was given her by the U.S. Navy in appreciation for her valuable service. She was a Pharmacy Mate for two and half years from July 1943 until December 1945.
. 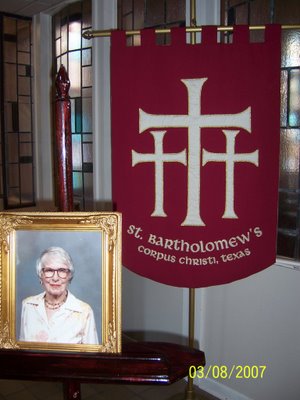 Here we see her picture at St. Bartholomew Episcopal Church in Corpus Christi, Texas. [Yes, that is where we were in our previous post, the whole city is "No Smoking" for any public building!]
.
Ms. Wolff lived in Galveston, Texas, for the last of her working years. She was never married and had no children; additionally she had no brothers or sisters or cousins of her generation.
.
Florence thought of Mrs. Jim as an only daughter/child as nearly as one could. They both worked together as social workers in Galveston at the University of Texas Medical Branch, UTMB Galveston.
.
Here is a copy of her obituary, composed by Mrs. Jim, and edited by Cage-Mills Funeral Home of Corpus Christi: (link to MakingEverlastingMemories Wed site)

Miss Wolff was a retired social worker and was active in the local NASW chapter. She was a graduate of Brooklyn College and held masters degrees in economics and in social work from New York Univ. and Vanderbilt Univ. respectively. She retired from Univ. of Texas Medical Branch in Galveston. Afterwards, Miss Wolff moved to Corpus Christi where she was in the Navy and based at the Naval Air Station during World War II. She also served in Hawaii.

Miss Wolff was a member of St. Bartholomew Episcopal Church. She enjoyed travel and naturalist activities as well as her affiliation with AAUW and NASW. She was a compassionate and generous individual dedicated to her family, her church, her work and friends.

She was preceded in death by her parents, Louis and Rose Herbert Wolff. She is survived by her cousins,

William Floyd and wife Ann of New York, Richard Manning and wife Emilie, and Gloria Smith all of New Jersey. Others left to cherish her memory are Arlene and Jim Hovendick, Montgomery, TX, Fay Holmes of Corpus Christi, and her faithful caretakers Dorothy Solis and Jessica Castrejon.

Memorials may be made to the residents’ activity fund of Trisun HealthCare, VistaCare Hospice, St. Bartholomew Episcopal Church or a charity of your choice. 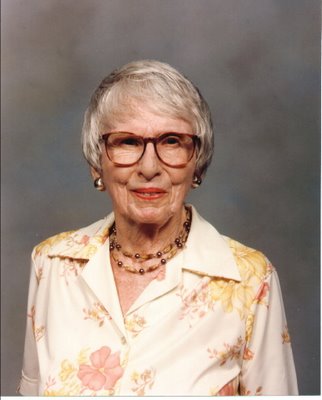 Where did Jim go now? 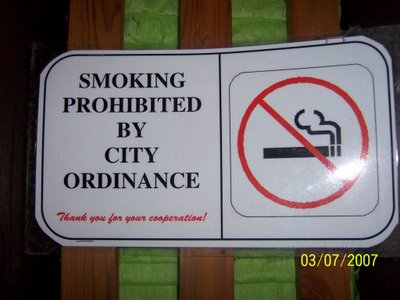 Hints:
1. This sign really means it! At the restaurant tonight I was told no one could smoke at any place inside, not even in the bar!
2. "CAPE CANAVERAL, Fla. — Astronaut Lisa Nowak was fired from NASA on Wednesday, a month after she was charged with trying to kidnap a woman she regarded as her romantic rival for the affections of a space shuttle pilot.
Nowak's dismissal did not reflect the space agency's belief in her guilt or innocence, NASA officials said. The agency said it lacked an administrative system to handle the allegations because Nowak is a naval officer on assignment to NASA, rather than a NASA civil servant.
If Nowak were a civil servant, NASA would have the choice of placing her on administrative leave, leave without pay or indefinite suspension until the charges are resolved, said NASA spokesman James Hartsfield in Houston. But because she is an officer, those options are not available.
Nowak, a Navy captain, instead will return to the military.
She will be assigned to the staff at the Chief of Naval [the city where Jim is today] starting in two weeks, Navy Cmdr. Lydia Robertson said. Robertson said she didn't know what specific job Nowak would be doing." March 7, 2007, by MIKE SCHNEIDER Associated Press Writer © 2007 The Associated Press
3. EVERYBODY'S OUT OF TOWN
B.J. Thomas [International Lyrics Playground]

Where have the people gone
Seems like there's no one hangin' on
Look through the window
The houses are empty
Hey, everybody's out of town
Seems like I'm the only one around.

All of the streets are bare
No traffic tie-ups anywhere
Don't have to wait for a seat at the movie
Hey, everybody's out of town
Seems like, I'm the only one around.
Everyone's moved out

>From the ghetto
Lots of space
Empty apartments
No more pollution
Plenty of classrooms everyplace
And it looks like we're ready
To give it one more try
This time there'll be no alibiI'm gonna send out a message to NoahHey,
better send some people down
Everyone on earth,
Is out of town

4. This picture is no help at all, Mrs. Jim was at Levanto on the Italian Riviera last spring. 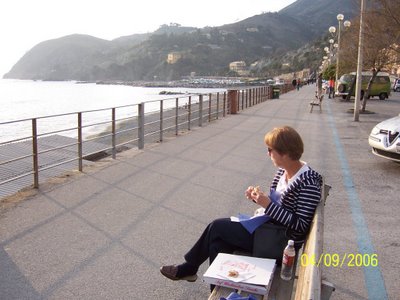 UFOs, let's unlock their secrets--Tell your legislator, write the President 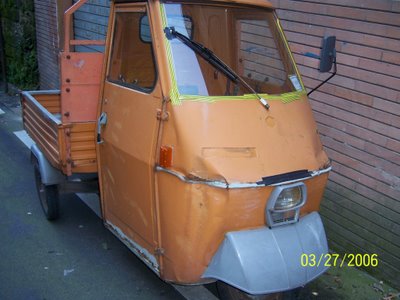 
"I would like to see what (alien) technology there might be that could eliminate the burning of fossil fuels within a generation ... that could be a way to save our planet," Paul Hellyer, 83, told the Ottawa Citizen.

Alien spacecrafts would have traveled vast distances to reach Earth, and so must be equipped with advanced propulsion systems or used exceptional fuels . . ." (the rest of the story)

This is an interesting concept. As for me, well I'm undecided on those kind of things.

And at times like this, I wish Adi could talk!

This is the day the LORD has made; let us rejoice and be glad in it 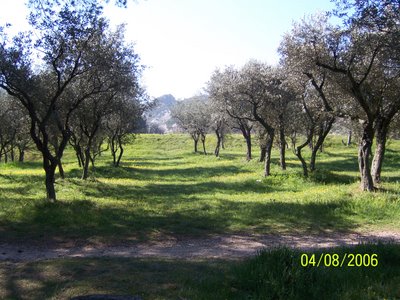 Sunday is a special day for the Jim family. You will usually find Jim and Mrs. Jim in church on Sunday mornings.
.
.
.
. .

.
.
.
[click to enlarge the picture-an olive garden near the sanitarium

at St. Remy-from where Van Gogh painted his picture]
.
Even when we are in St. Remy, Provence, France.
.
Well, I did post a UFO and alternative to fossil fuel article over on http://jimmiehov2.blogspot.com/ today after church. Use alien technology, that is the key to our future!
. 22 The stone the builders rejected has become the capstone;
23 the LORD has done this, and it is marvelous in our eyes.
24 This is the day the LORD has made; let us rejoice and be glad in it.25 O LORD, save us; O LORD, grant us success.
26 Blessed is he who comes in the name of the LORD. From the house of the LORD we bless you.
27 The LORD is God, and he has made his light shine upon us. With boughs in hand, join in the festal procession up to the horns of the altar.
Psalms 118:22-27 NIV (link)
.
Sunday's trivia (answer next Sunday):
Where, who and/or under what circumstances was the saying, "I have escaped by the skin of my teeth" made famous?
. 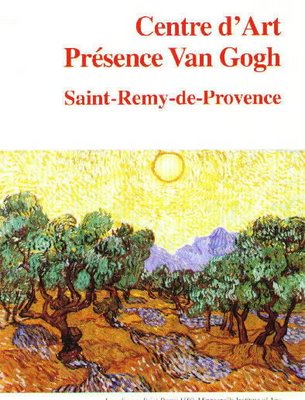