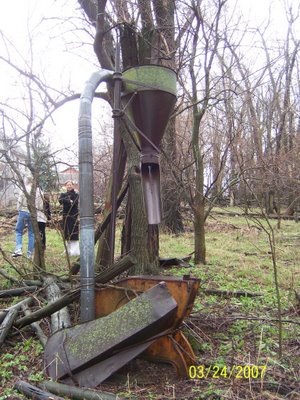 Ecclesiastes 12:3 In the day when the keepers of the house shall tremble, and the strong men shall bow themselves, and the grinders cease because they are few, and those that look out of the windows be darkened, Ecclesiastes 12:2-4 (in Context) Ecclesiastes 12 (Whole Chapter); or

Dad's old feed grinder. Put grain, alfalfa, or even corn on the cob into the hopper. Add a little feed supplement for hard to get vitamins and minerals, and viola, you have instant meal(s) for the hogs and cows. A drive belt coupled to the tractor supplied the necessary muscle.

Number two, of course. My dad never did have false teeth. Never, even at age 97 when he died, he still had a few of his teeth.

This old grinder was really a hit when he got it, back in the 1940s. Before that he had a horse-driven grinder. The horse would go around and around the grinder, pulling the tongue, on a tether. One horsepower.

Dad would be in the middle, going around or stepping over the tonguue, scooping or pouring in the ingredients. I hope to find that old grinder some day.

What do you think the horses' reward was to be at the end of the day? No ground up stuff for this horse, she got pure oats and hay. 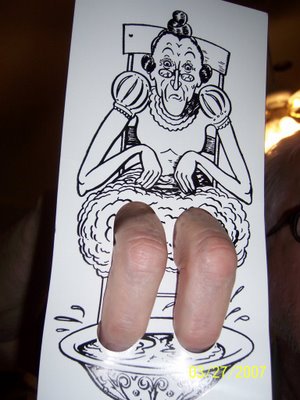 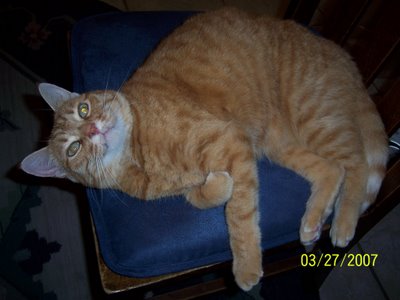 I didn't want you to think she wasn't being her part of the family.

That's my chair at the breakfast table too.
Cat Pets and Animals Pets Animals Photos Family 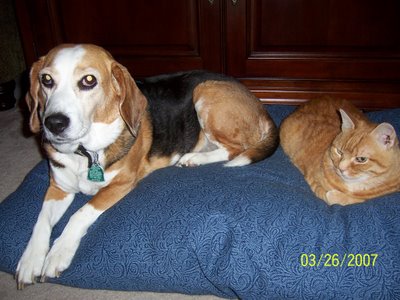 Her name is Amber, she is Adi's little sister who lives with Karen and Billy.

Amber will be a long term guest with Adi, Mrs. Jim, and me.

I think it is obvious then, that we are back from Nebraska. We came in Sunday night late, just after midnight. We were on the road for sixteen uneventful hours.

We stopped at McKinney, Texas, just inside the Texas border. For the first time since we left Texas a stranger said 'hello, how are you', in a pleasant caring manner.

That is not uncomon in Texas. Strangers care for other strangers almost as much as their families. I did that in the Midwest to strangers, and most would reply, but always I was the first to break the ice.

I was feeling at home already. It helped too, that the first Senior Diet Coke there at the MacDonalds was only a quarter. Real friendly people these Texans.

That reminds me of the summer of 1961. We were moving to New Hampshire. It would be a new job there at the Air Force Satellite Tracking Station, we had just arrived in Manchester where we would live for the next three years.

People in the store were pretty rude to laugh at us. Then they said to try starting with the quarter ones. Gone were the days of cheap El Paso, Texas, living. At least for three years.

I got back to Texas as fast as I could!
Texas Friends Humor New Hampshire