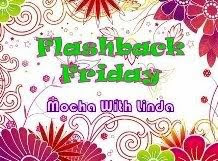 We are supposed to answer the following questions: (you might like to join in with this one or see others' posts, just click on the button on the right.)
How and when did you learn to drive? Do you have any particular memories associated with getting your driver license? How old were you when you got your first car and what was it? Who paid for it?
.
My FlashBack:
First remember that where this took place was Nebraska back in the olden days.

I learned to drive when I was about ten or twelve over at my cousin, Dwain's, place. First I drove his tractor and did really good. I don't know whose car or when I drove a car. I would have loved to have driven his wife's, Jean, my blood cousin's, Model A Ford. I never have driven a Model A.

There were no problems with me getting a license, I was 14 for my school license--to and from school only--and had already gotten four or so years driving under my belt.

What follows next is from a previous post about my first car. I paid for it myself out my Elgin National Watch factory earnings. That is where I worked in Lincoln, Nebraska, after dropping out of college. 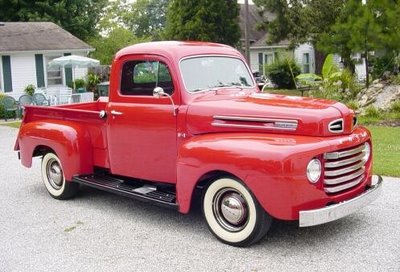 It's wannabe because I would like to have a little red truck like this one. I drove Dad's 1949 Ford pickup to high school for my last two years. It was like this 1950 model, except Dad's was black. My first two years I attended a country high school (New England) and rode my horse, Mini, those three miles from home. My sister. Lois, and I shared that horse with Dad, it was really his.

That little truck hummed down the road just like it was mine. I only got it into three accidents while I was driving it to school. Not too bad for a 14-year-old kid, huh? Actually none of those accidents were my fault.

I got to drive that truck again in college when I broke my foot. Dad felt sorry for me having to walk all over the place in Lincoln, Nebraska. It was a mile to the college, through the snow, up hill, from where I was staying at a cousin's home.

When I dropped out of school Dad didn't know. He didn't know until I had a job in the Elgin Watch factory in Lincoln. After a few months of this he decided I was old enough for me to have my own car. At age 20 Dad still had to sign for me.

The car I found (Dad and the Ford dealer found it for me) was a 1950 Studebaker Starlight Coupe. It had belonged to my high school chemistry teacher and principal, Elmer Cells (Cliff's uncle). I liked that car a lot but wore it out rather quickly in about a year. 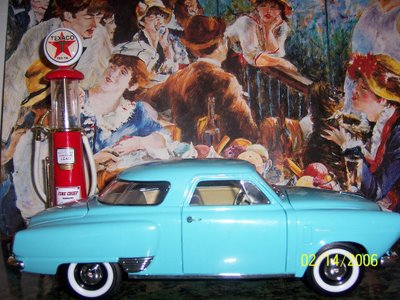 .
Here is a real one pictured at the Smithsonian: (link)

I do have a 1:18 scale toy red Ford Pickup looks like the one in the picture, I just don't have a picture of it, yet. 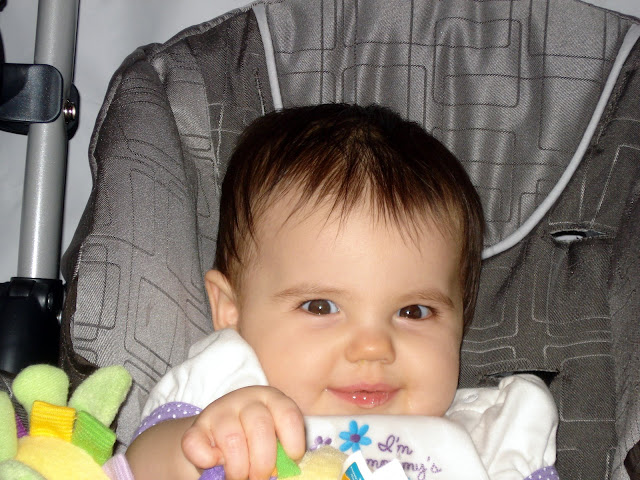 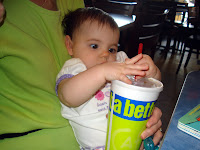 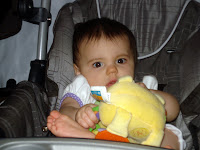 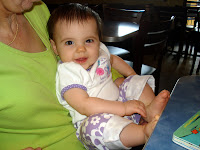