Southeast Texas clouds headed to Midwest
[click on the clouds to see how awesome they look!!  Click again for more magnificence!] 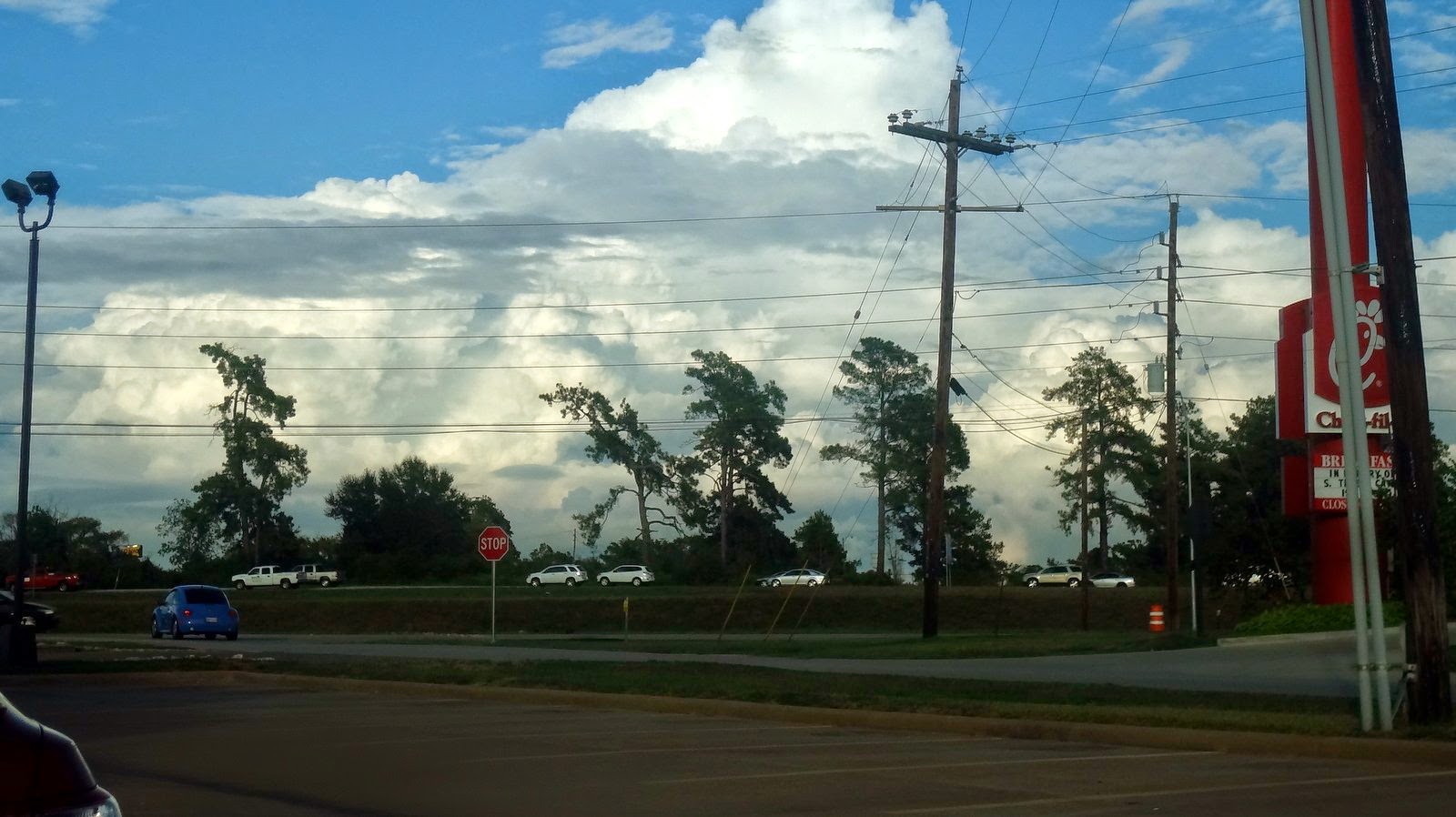 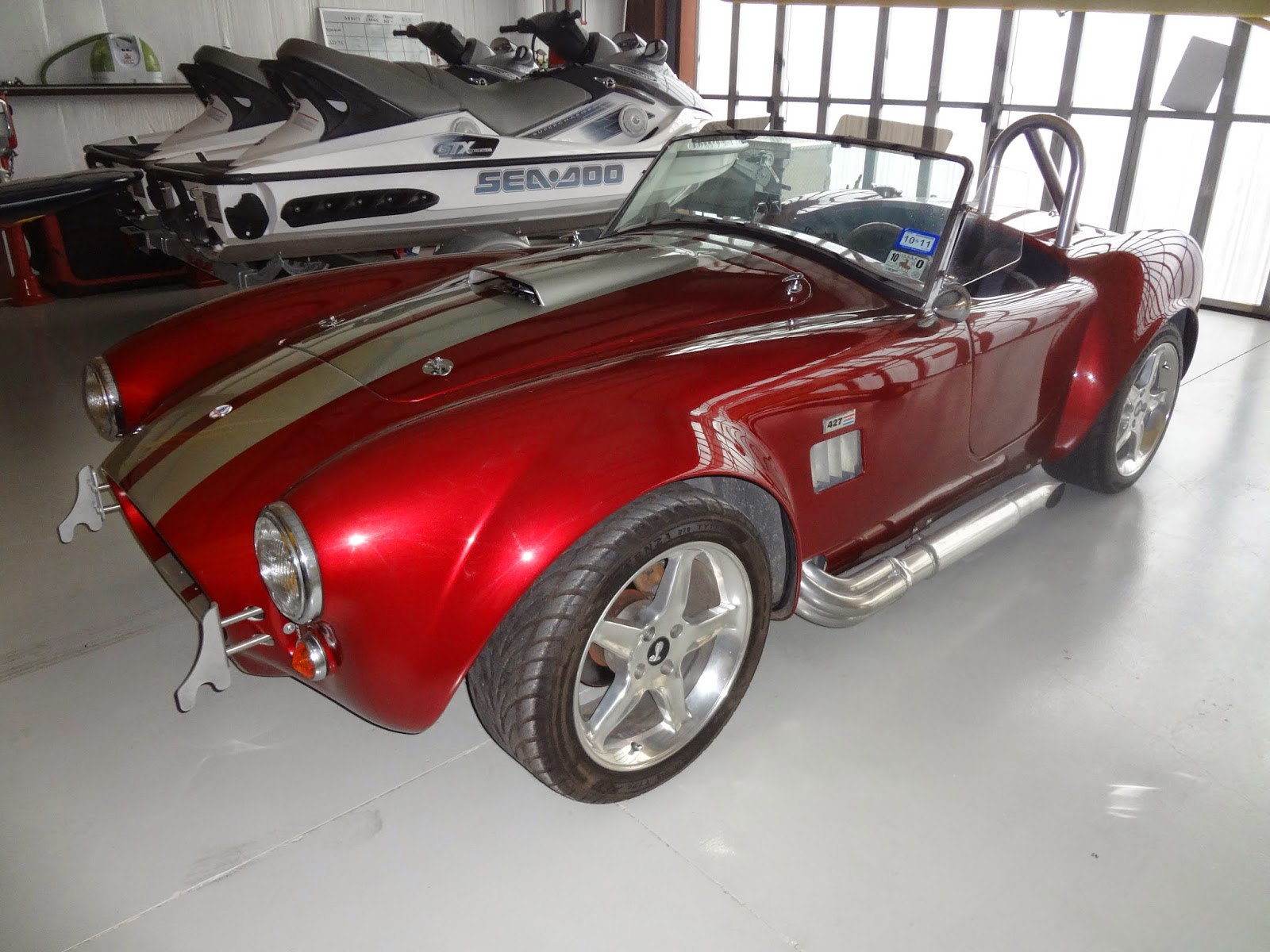 "R" is for racing.  This is a 1965 Ford Shelby Cobra.  It has been a while since I took the picture, I cannot remember whether it is the real thing or a modern made replica. ( Idea link )

This is a 1934 Ford Three Window Coupe.  In the mid 50's we raced one of these on an oval dirt track in Lincoln Nebraska.  Mostly I worked on the car but occasionally I was able to drive it.
Our car was a modified stock class car.  That meant we could "hop" it up using any means that would not show.  The car had a bored and stroked Ford V8 engine.  This increased the displacement of the engine giving it more power.  All the work was done inside so that nothing would show.
The engine burned alcohol with nitroglycerin mixed in with it.  It was such  cool running fuel that the carbonator would often be covered with frost.
We were allowed to cut off the fenders and to  put on more heavy duty bumpers. We cut the fenders to be much thinner, sticking out only about four inches.  The inside was gutted and only one racing seat was installed.
We had it painted a light blue, almost baby blue.  Our number "88" was painted in black on the doors and on the trunk lid. We had two sponsors, one for the engine and car  and the other furnished our tires.
The car would often win its heat races but seldom would it win the "A" feature race.  Most often we would hold it back or I would drive it so that it would win 3rd or 4th in the heat race so that it could run in the "B" feature race.  We could win on that level quite often.
I do not know what happened to that car.  The engine blew but we put a sleeve in the damaged cylinder and put the engine into a nice 1940 Ford Coupe.  That car was a nice street racer.
Our next "88" car was a 1936 Chevy Coupe with a 302 GMC engine made to look like a bored GMC 270 engine.  Any engine 300 cubic inches or larger had to run in the model car that it could have come from.  This was to keep out the 1950's Oldsmobile and Cadillac large overhead valve engines.  The 1950's cars were way too heavy for racing on our 3/8 mile oval dirt track.
A practical benefit of working with the racing cars was that I learned to work on my own cars.  I built a 'hot rodded' engine for my 1952 Ford that would outrun any 1955 or 1956 Chevy with the new overhead valve V8 engines.
- - - - - -
Today I am linked again (this is the first one of the fourth series for me) with Teacher Jenny at her Alphabet Thursday Letter "R" blog (Link)  (My Older series post links, 1st, 2nd, 3rd)