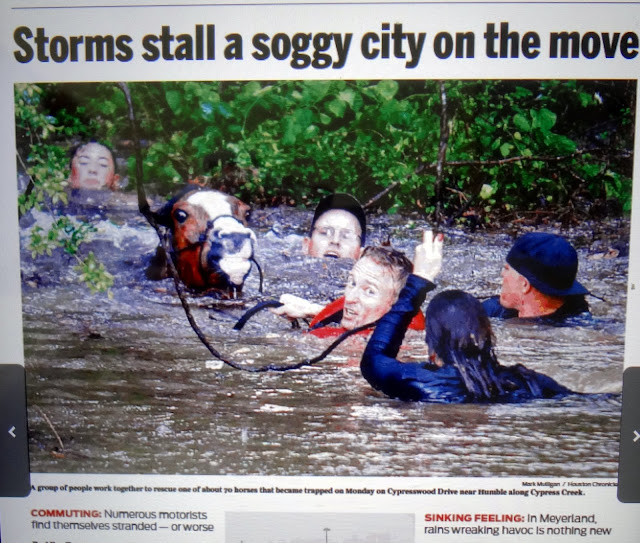 This news headline picture was extremely heartwarming to me.  At first the estimate was that twenty or so horses were rescued.  But Tuesday morning's Houston Chronicle was saying that "about 70 horses were rescued" from our April 2016 Houston Area Flood.
Our home wasn't flooded but a lot around here did.  Most of them began very slightly north and east, in the North West Quadrant of Metropolitan Houston.  Those people had double digit numbers of inches rainfall, ours was about seven (7) inches.
Some of the creeks, bayous, and rivers are still rising due to the run off.  I heard an estimate, I think it was said that 15,000 acres were flooded.  Tonight I couldn't find verification on-line. 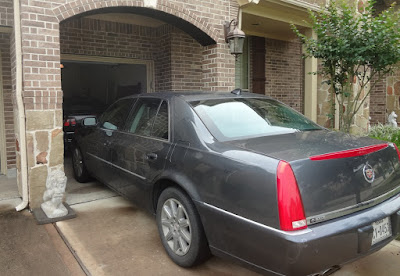 This is a picture of our family car, hugging the garage door with as much as possible scrunched under the overhang.  This was to prevent as much hail as we could from reaching and pounding the car.  I think it did hail just a little during the night but there weren't any new dents.
We have a three car garage, two stall are tandem. So what is wrong with this picture? 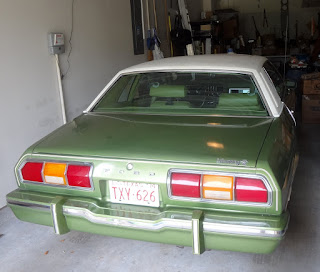 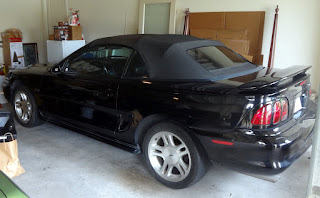 What's wrong is that there isn't room for three cars until I finish unpacking from our recent move.  So the lot was cast for the family car to stay outside.  My two toys (Ford Mustang Pony cars) aren't real valuable but they would be harder to fix come hail damage or vandalism.
On the right sits Mom's 1974 Ford Mustang II Ghia that is now mine and the left stall gets my 1998 Ford Mustang GT Convertible. (Better pictures)
_ _ _ _