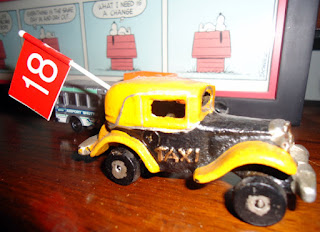 When I was young my cousin John gave me a four door 1:16 scale model (about eight inches long) cast iron  four "Yellow Cab."  more like the one at the bottom of the page. 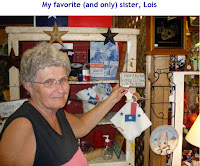 But I left it outside at our farmstead and Dad smashed it to bits by accidently running over it with his tractor. John had two of these given to him by our great aunt. I don't know if a relative still has it or not. John died a couple of years ago.

Lois lives in Iowa, we both were born at home in the family farm house in Nebraska.  I am the older by five years. 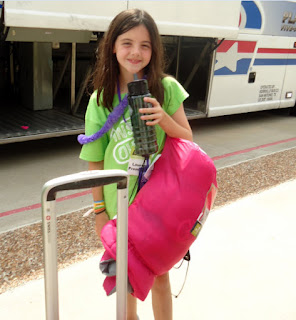 (2) A Favorite: Our youngest granddaughter has been to 4th and 5th grade church camp this week.  KP is starting the 4th grade this Fall.

Here she is claiming her sleeping bag and appeasing her grandfather by a nice picture.  There were three 36 passenger busses going to a rural setting north of Houston, it was about a three hour ride.

This was her first time to go off camping with other kids.  She liked it, said she sure would want to go again next summer. 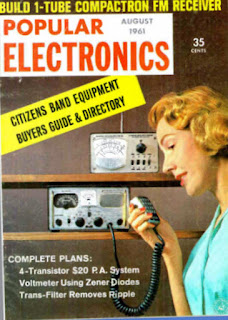 (3) Yellow:  Popular Electronics Magazine cover partially (shown August 1961) used both Yellow type and then a yellow banner to announce lead articles. (magazine link)  The magazine ran from October 1954 until December, 1982.
Again in February 1989 it restarted as Popular Electronics until September.  Then it had a fairly long run as Poptronics until January 2003 when it was taken down never to be printed again in any form.

A popular option was the Novice Amateur Radio Station of the Month.  My ex and I had our station pictured and featured in 1963.  It was down in the basement of our New Hampshire home.  We both passed the exams for Novice Class and then within the allotted year for General Class.
You can read any of the back issues of Popular Electronics here at the link below, just click on a check mark for your desired issue.
https://www.americanradiohistory.com/Popular-Electronics-Guide.htm 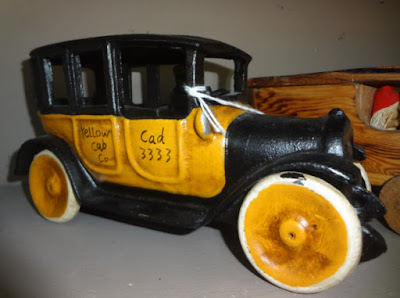 The end, that's all for tonight.

The fine print: -  I am linked with Tom of "Backwoods Travel" (Link to Weekend Review)
- The pictures are all mine and rights are reserved to me under Copyright Law.
- Click on any picture to make it "full screen" sized. Click on your "Back" button to get back here.