.
Only Corvette I will ever own 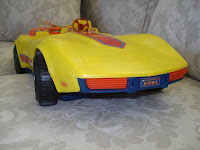 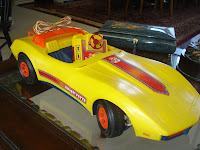 This one was left at our house by our daughter, Karen, when she left home. It has an electrical problem as do most Chevy's. 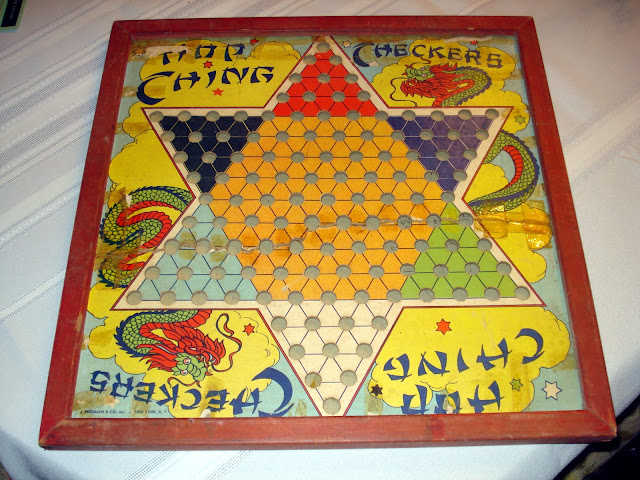 This is the "family" Chinese checker board that we played with as a family when I was growing up. I still have some of the marbles but not nearly all. The board was a hand-me-down from a great aunt or uncle but I don't remember who. I suppose no one does now.

Moral of that story: write down the family heritage of the nice things, small or large, that are handed down to your family. Somehow I feel it came from Mom's side of our family but now nobody is around anymore who knows.

All about our early game playing time is what Linda wants from us this week. Linda asked several questions about the games we played. Click her icon, right, if you want to read others or participate in this.
.
First,
a little teacher joke from my friend, bornagn901 (I never know whether that will be James or Gwen--the address belongs to James but they both use it when it comes pass-around-joke time):
TEACHER: Winnie, name one important thing we have today that we didn't have ten years ago.
WINNIE: Me! .
Now, to what Linda asked us to answer: 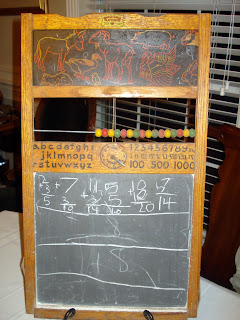 Did you play many games when you were growing up? What were they? (Include outside games as well as board & card games.)
I played a lot of games when I was growing up. Like:
checkers, dominoes, marbles, Tiddly Winks, tic tac toe (played on my childhood blackboard shown on the right)
Chinese checkers, Bingo, Old Maid, other card games
Sorry, Parcheesi, other board games
fox and goose, anti I over, red rover, tag, hide and seek, Simon says, may I?

Who did you generally play with? Did your entire family play games or just the kids?
More than half the time it was only Lois (my sister) and I who played. She was five years younger than I was so of course I had to let her win sometimes. Mom and Lois and I played quite a bit but we really had to beg Dad to get him playing with us.

Even before I was old enough (like the cow milking job[link]) Dad taught me how to play checkers. Most of the time he would win but as I grew older I began to beat his some of the time.

Moral of this checkers story: play someone who is better than you as often as you can. You will learn from that better person.

Were there any traditional games your family always played?
Sorry was played by all of us, even with Dad at times. Then different ones would drop out until the final two of us got tired of playing. We played Chinese checkers together as a family but not as often.

What were your favorites? Are they still around today?
Chinese checkers was probably me very most favorite. But it was hard to get anybody to play that with me. Regular checkers with Dad was good as it gets too.

I liked outside games too. Most of them were played at school but we could practice at home. Fox and goose was my favorite at-school winter game. One or more kids would tramp a circle path in the fresh snow. Then we would make cross or "X" paths in the middle from side to side going through the middle. At the intersection we would make an area large enough so all the kids could stand. That middle was 'base' or 'home' or what ever place of safety we called it.

Someone was "it" or "the fox." Everyone (geese) would get out of the safe place and "the fox" was to tag those who couldn't get back to safety. The first one tagged would be "it" or "the fox" for the next game. As the game went on we would make the game more interesting by putting side paths outside the circle. Before we stopped playing there would be paths all over the school yard.

Game was over when the recess or noon time was over. If we tried hard enough we could even get our teacher (of all eight grades in the one room school) to play with us.

What about puzzles? Was that a popular pastime at your house? Were puzzles saved for holidays or did you do them any time? Were they set out for anyone to work or just one person?
We did play puzzles. We had two kinds, wire puzzles to take apart or put together, and jigsaw puzzles. It was tradition at Christmas and Thanksgiving large family dinner (noon meal) at Grandpa and Grandma H's to put together Grandma's United States map. It was big enough to have a piece for every state, even Rhode Island.

Lagniappe [(Fr. Cajun n.) something extra given at no cost.]: 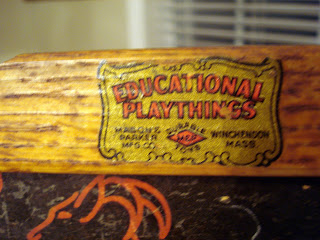 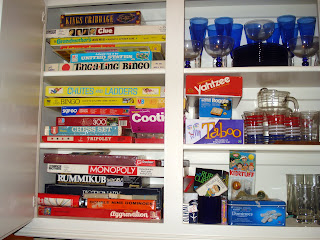 On the left is the brand sticker for the Chinese checker board in case anyone want to do some research. You can click on any photo for a larger view. At the right is our 'game closet' in our home today. Most of these are new to our family, a few are old and may be my childhood games. 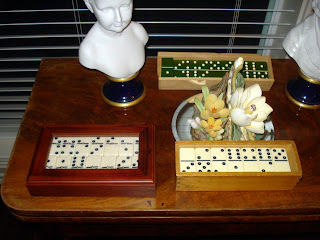 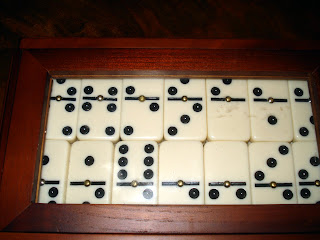 The dominoes in the light wooden boxes are pretty old but are not my childhood. They were donated for a 'cause' and we ended up with them. That is a story I may not tell here.

We play a dominoes game called forty-two with them. Twice a month we meet with other adults at each other's homes for supper and forty-two. One group is from Mrs. Jim's Sunday school class and the other is from our subdivision. We try to have three tables of four at each game.

Tonight it is our turn to have it at our home for the Sunday school group. Mrs. Jim is cooking Greek for this. I will take pictures and get hold of the recipes for future blogging. For more about the Texas National game of forty-two check I wrote scattered throughout this previous blog (official rules for Texas 42).

Mrs. Jim also play bridge with the ladies about three times a month. We play canasta with others and also play a two person version with each other. A set of canasta cards usually is packed in our suitcase when traveling. In college I played a good game of chess but haven't played that now for quite some time.
For board games, card games, and other table games
WATCH OUT, I PLAY TO WIN! 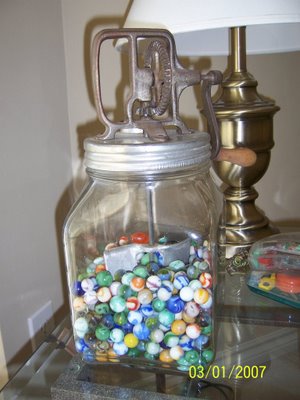 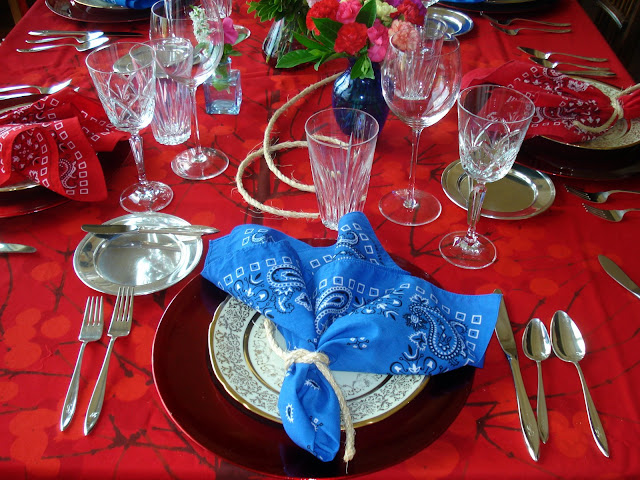 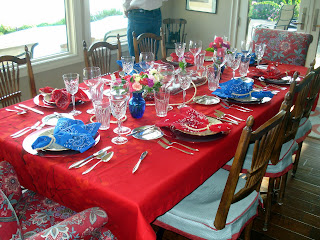 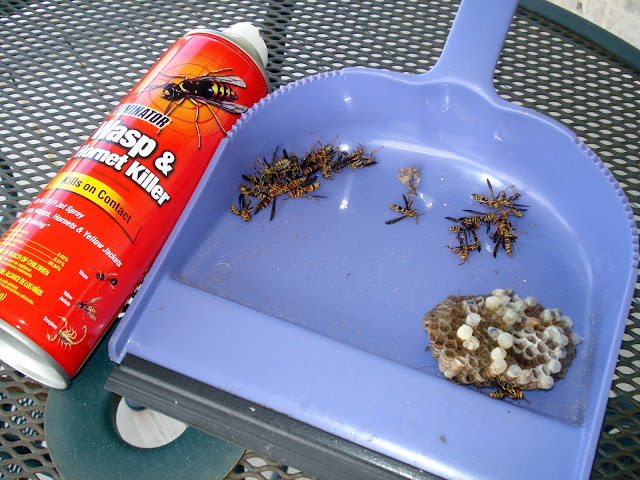 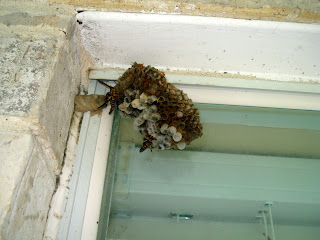 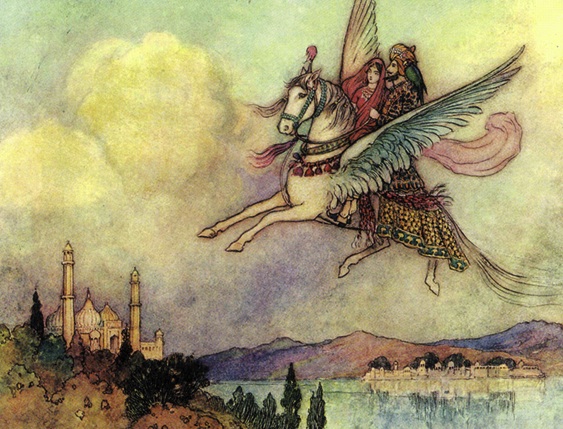 Elin loved Prince Charming's gallantry.
Yet she hated his back seat driving.

She took her horse for better pastures.