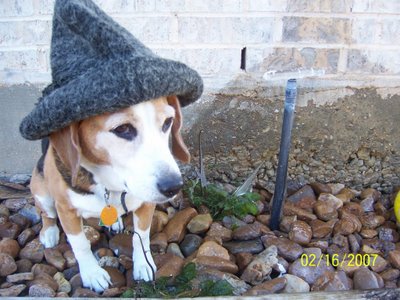 .
Ain't she cute! We got down to 22°F last night here, so we dripped the outside faucets.

Look closely for the icicles. The big one, about 18 inches long, fell from the faucet and broke. I have a piece of it sitting on the sprinkler pipe. The other icicles (not Adi's) are on that weed to Adi's left, your right.

It was just yesterday on Groundhog day when Adi saw her shadow (picture link). I had it mixed up there, the groundhog saw his shadow and was scared. He ran back into his hole for six more weeks of winter.

You might have to click on the picture above to make it large enough to see the icicles. Another picture where she didn't look so happy is here.

Lastly, if you're from Florida or southern California and don't know what icicles are, go here to Widipedia. We didn't have any hanging from the roof because we didn't run the hose up there.
.
Weather Photos Beagles Pets and Animals Funny Friends Family Art and Photography

That's what former Air Force drill sergeant, Michelle Manhart, might have been saying after being relieved from active duty.

Why would this happen before her tour of duty was over? It may have some thing to do with her posing for the February Playboy magazine.

You can read about it here in our Houston Chronicle. It sounds like she has been assigned back into the Iowa National Guard as a senior airman.

Even Wikipedia has already picked up on this. For their nice summary, go here.

Those Iowa brass are about as tough on the bad boys girls as are the ones in San Antonio. They will probably kick her out of the guard.

She made her mistake, the first one by getting in the magazine. Secondly, I suppose it really inflamed the brass by posing in part of her uniform for some of the pictures.

Just in case the article won't come up, you can probably find these AP Photos by Eric Gay: Picture # 1 link and Picture # 2 link.

Just one other thing, I won't be buying the magazine** so this blog will say about all I can say about the matter.

Photos Michelle Manhart Playboy women Air Force Playboy Magazine beauty
.
.
.
** The only other Playboy I ever bought was way back in another life. I bought it to read a story that I can't even remember what was anymore.

Now for a nice long afternoon nap! Don't you just envy that Adi? 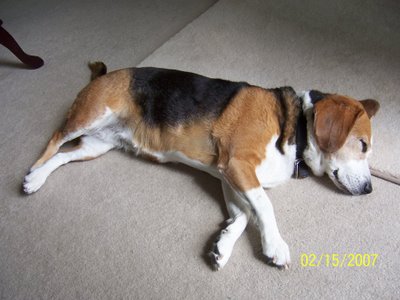 For more blogs that include Adi, go here.
Do a 'refresh' on that page for the latest.
.
For another sleeping picture,
go here.
Photos Pets and Animals 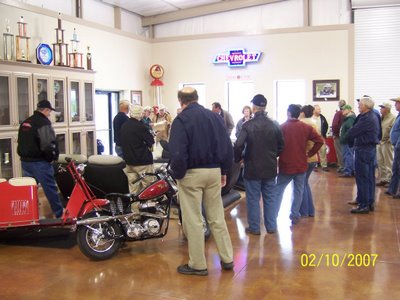 We had a few of the Houston club come with us. The guys [includes girls] above are from our club, here we are attending a short business meeting.
.
We went to two car collectors/rebuilders for a visit. The first we visited specialized in Model A Fords. The other one featured here liked mainly 50s, 60, and 70s of all models.
.
That motorscooter in the foreground is a Mustang, I don't know what year.

On the left side of the second building, a display room 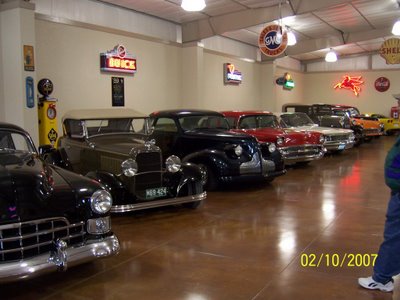 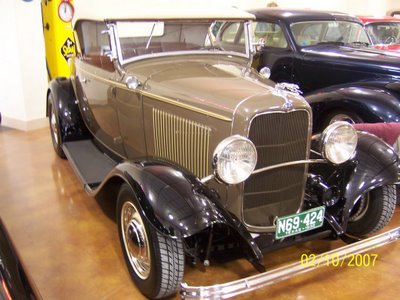 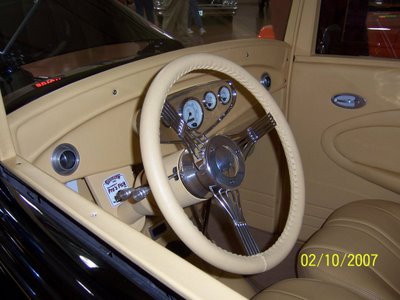 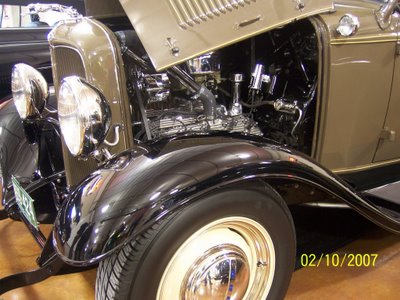 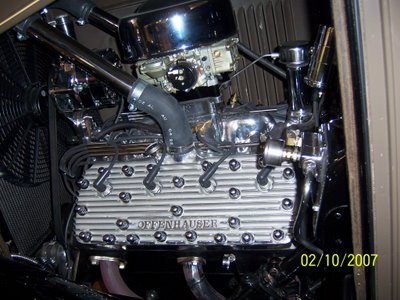 .
See it still is a flathead Ford. Pretty nice, huh? 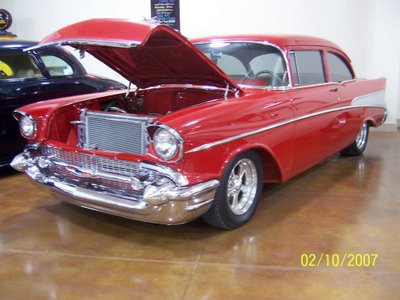 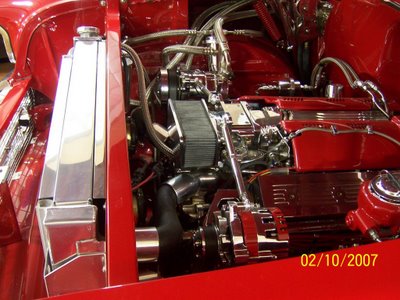 Who is this girl? 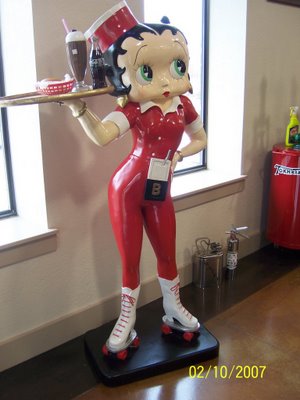 .
Why, its Betty Boop (link). Or just Google her (here). She might be too old for some of you to have known her.

Big Boy isn't quite so old! 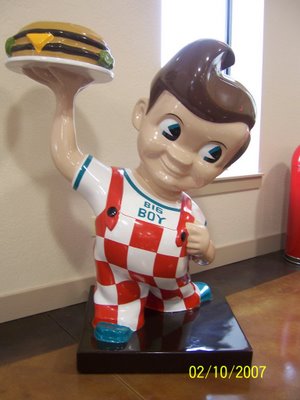 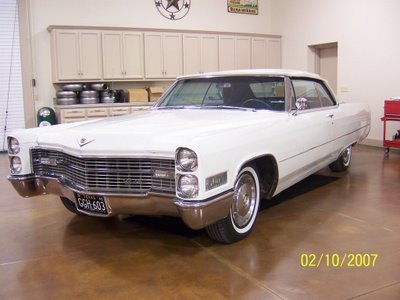 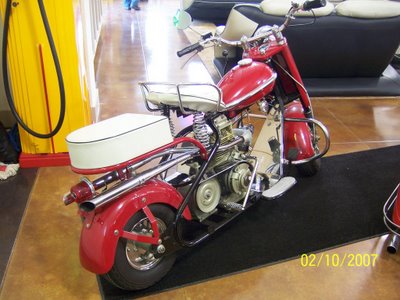 .
My friend, Bill, in Lincoln, Nebraska, was working on these at the Cushman plant when I left for the Army. He was in testing of new products.
.
Bill also was the chief driver of our 1934 Ford Coupe modified stock car racer. Good ole' Number 88. We had it painted a pretty light blue. It was fast and sounded nice and fast too.
.
Of course that Ford was a Flathead, bored, stroked, ported, relieved, cammed and other wise messed with in other places that didn't show. 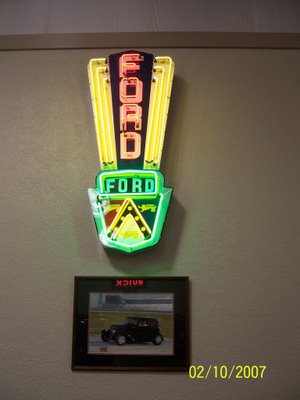 .
The maker is John's first cousin. He will make you one too, for a price.

Remember when air was free? 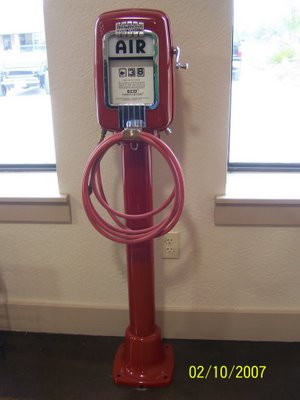 Now a few pictures of his workshop 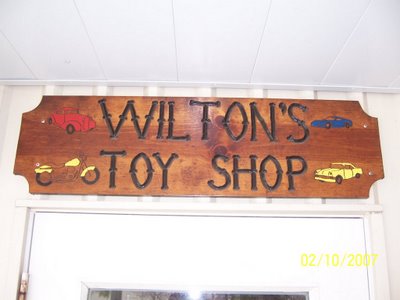 .
We went there first. 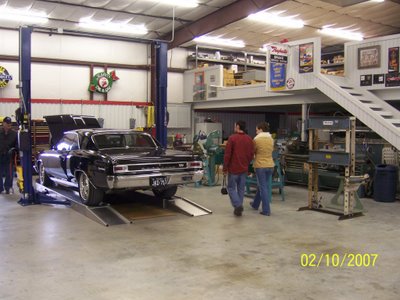 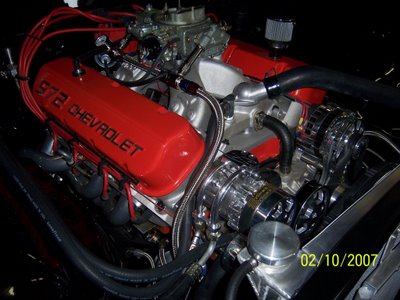 All work and no play can make anyone a dull boy 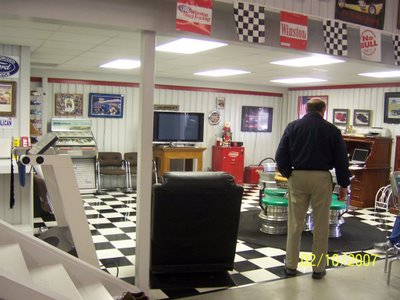 A few old wheels and a welder can make this nice lunch or card table. 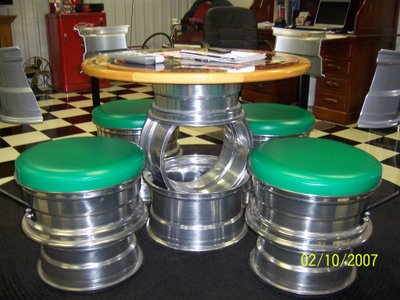 .
Yes, I know, there is a little woodwork and upholstery knack here to.

You figured there were some trophey cars you were looking at, didn't you? 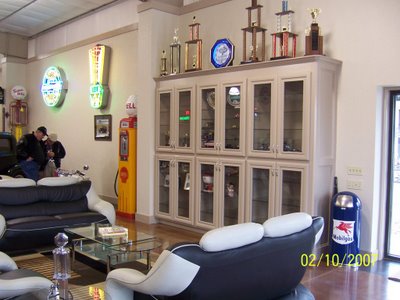 I suppose this machine is old too 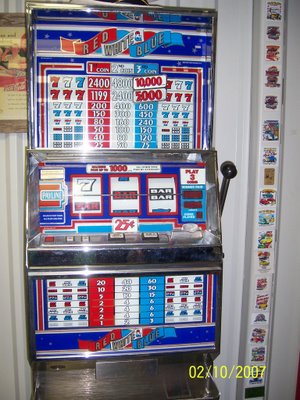 .
It does still take quarters. And it has a mechanical arm, not electronic.
.
Any experts out there who can tell us?
.
Our nephew, Brian, reads this blog. I'll bet he knows what it is. And its value too!

A part of his back yard. Most everyone has gone now. 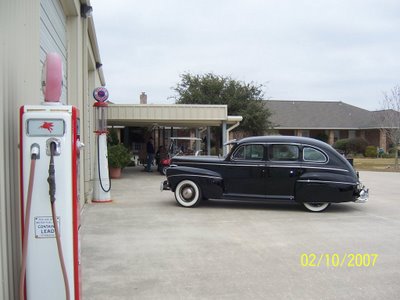 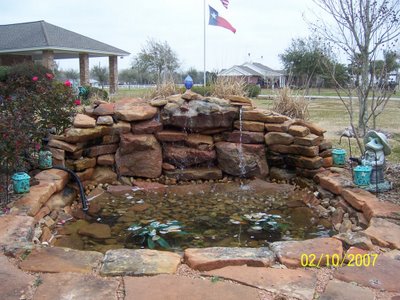