(and just a little car reading for the week) 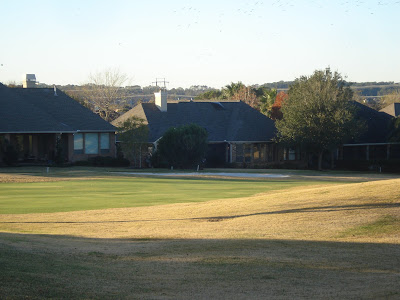 Snow is all over south and east Houston and areas on to the east and north. Some areas got up to four inches, most around two.

That's what it looked like when first looking out our back window. I heard "See the little white patch of white in the middle behind that house."

Then just a half minute later I heard, "Oh no, it's just the sand trap!" Boo, hiss, our snow didn't stick around last night, it melted as it hit the ground. Houston gets snow about every ten years, this is early as our last was in 2004. 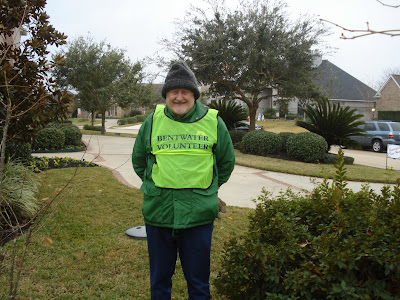 Okay, I was out there anyway. If you super size this you might see a couple of snow flakes on my coat or hat that hadn't melted as the camera snapped. Thank you Gail for taking this excellent picture.
.
I was dressed like this for my "position" as a traffic control person for the Bentwater (our community) Christmas Home Tour. My job was to help people park and to keep them parking on just one side of the street. The second night we had better weather for all concerned, workers and home viewers, although it was getting cold, down into the upper thirties. 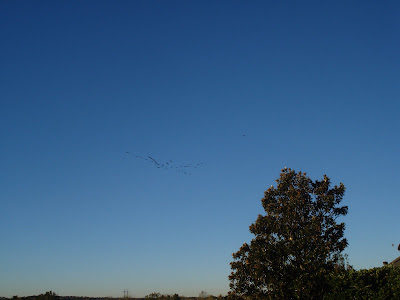 When I took the dogs out this morning things were flying to the south overhead. One group after another, like a Texas meteor shower! The birds were coming south finally. 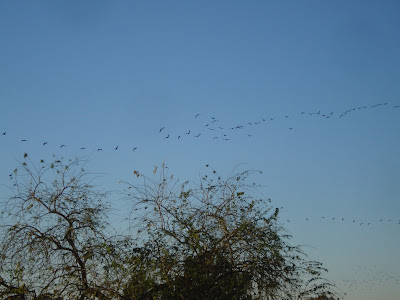 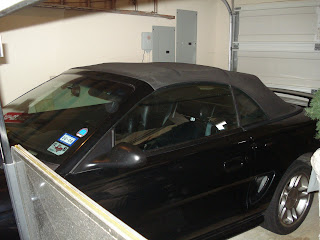 My Pony's [1998 Ford Mustang GT convertible] back in the stable. I had been having air conditioner problems with it.
.
After all it is eleven years old now (with 77,500 miles on it already!) so every now and then it demands some special attention. Just like Adi and Katrin do. 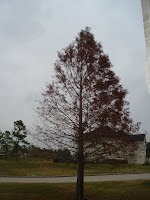 Our cypress tree in the front yard looks a little bare this morning after all the wind. Wonder where all the needles are? 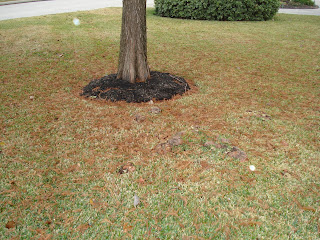 Look up, not down!
.
Our cypress is loosing its needles for the winter. Thank goodness for live oak and holly trees that stay green all year. 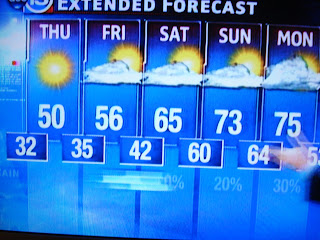 Things are going to be a lot better by the weekend.

I should even get a chance to try out the Mustang A/C and then put the top down again.

Early was for my birthday in October 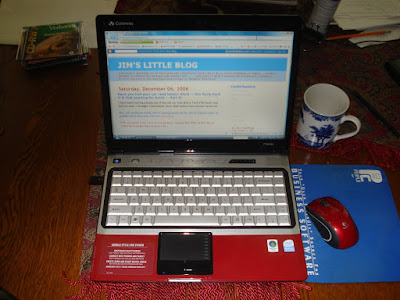 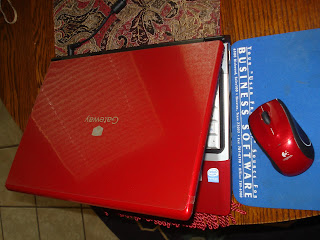 This is my new Gateway laptop. I have not been using it much until now as I had to wait and renew my Norton antivirus for three computers this time.
The computer was a "bargain" as it is a discontinued model. Even though, it has three gigabyte (3GB) Ram and a nice 120 GB hard drive. The newer ones have more but this will be plenty for me.

I may keep it as my computer to use daily as it runs nice. I am liking Vista so far as well. I bought it to take on our jaunts and needed the price break so if it got stolen or lost I wouldn't be out very much (about two and a half months of my Ford retirement checks).

Did you know lap tops are the leading item lost and stolen in airports?
. 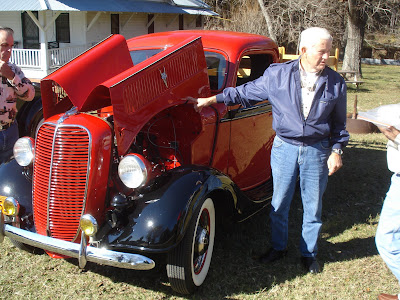 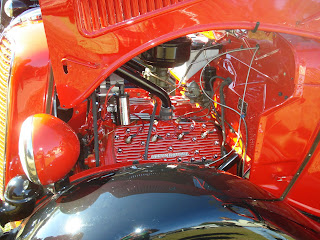 Here we have my friend's 1937 Ford Stake Bed truck. Herb restored it doing all the work, even the painting.