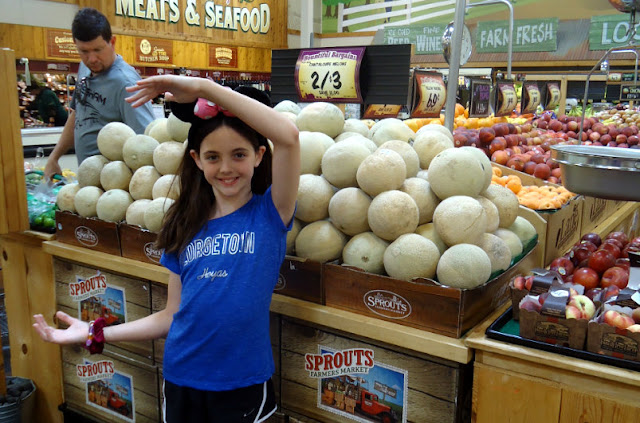 She had her 10th Birthday Wednesday, tonight she is finishing up her celebration with a sleep-in party with a few other of her friend girls. 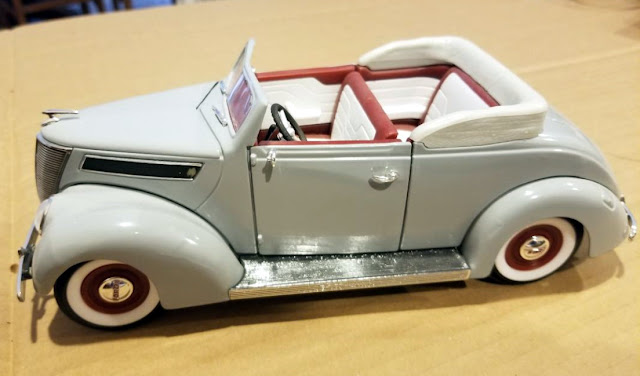 1937 Ford Deluxe Cabriolet.  Another of my Toy Cars.  My dad bought me a low mileage 1937 Ford Tudor car owned by a LOL (Little Old Lady) to drive to my last two years of High School.  But he traded it in for a 1949 Ford Pickup before school started because he thought it would be safer having hydraulic brakes.

This newspaper article called their 1936 a Cabriolet, actually it was a Coupe Convertible.  I have about 35 of these Cast  Iron Toy Cars and Tractors.  Most all are 1:16 scale.  The doors open, hoods and deck lids open, and the steering wheel steers the front tires on must. 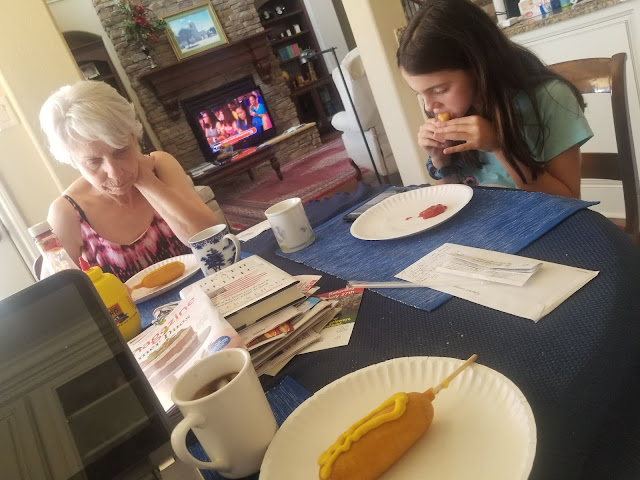 (B) A Favorite:  We were having a Corn Dog Friday Lunch.  Guess which of us, Mrs. Jim, KP, or Me, had two Corn Dogs?  Who had two cups of milk.  Did any of us adults have two cups of Diet Coke?
Answers: (highlight the space below to read the answers) 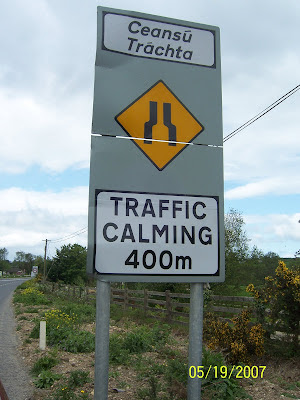 [large picture] [super size]
Calming, A Highway Sign that
I Found on the Roads of Ireland©Jimmiehov 2007
http://jimmiehov.blogspot.com/2008/03/calming-place.html
(C) "C" for Calm (Tom's choice): We need signs like that for our Freeways. 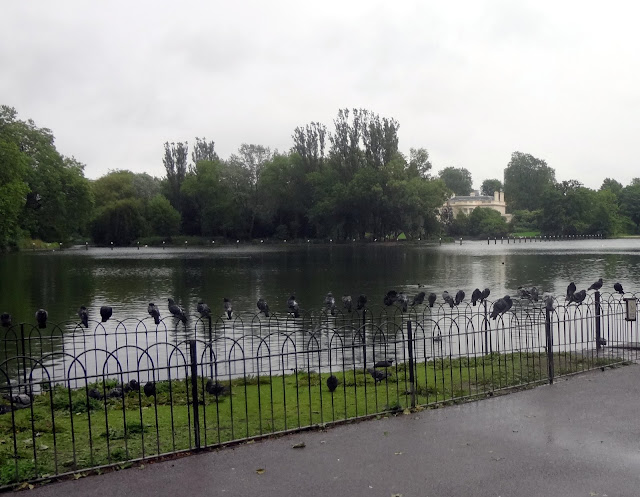 Here are the cars in my life--listed in order of purchase: [should I blog on this as part of my memoirs?]
My TOY 1950 Studebaker Starlight Coup was posted here last week.
These are about in the order they were purchased. Most were pretty good cars, I just always get used cars, buying them mostly from individuals, LOLs (little old ladies) preferred

The fine print:
- [Click on any picture for larger, click it again for extra large]
- I am linked with Tom of "Backwoods Travel" (Link to Tom's Weekend Reviews) - The pictures are all mine and rights are reserved to me under Copyright Law.
- I am also linked this week with James at Weekend Reflections, http://weekendreflection.blogspot.com/for my Reflections Photo.


- Photos and Poem Copyright, © Jimmiehov 2019, All Rights Reserved
- Click on most any picture to make it "full screen" sized. Click on your "Back" button to get back here.