Question: What does a tree hugger do on Arbor Day? 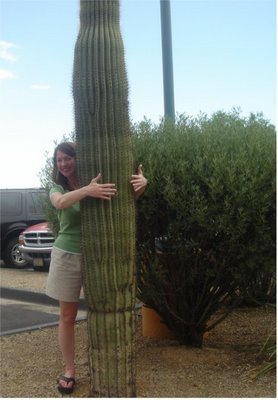 .
Photo Courtessy of Karen and Billy
Please click on it
.
"Answer: She gets in her hybrid car (Prius) and drives to Will Clayton Blvd to help plant trees!!!
.
Doesn't that sound like fun. Rain or shine, that is what I am doing tomorrow morning from 8-12. I am w/ a BP [British Petroleum] Team. Billy is supposed to be playing golf, but might end up w/ me if golf gets rained out!" ** 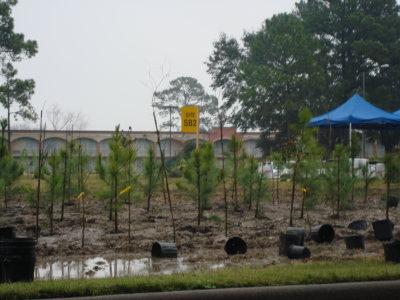 ***From Plant Answers (link) on the History of TEXAS Arbor Day:

"In 1949, the state legislature adopted a resolution designating the third Friday in January as Texas Arbor Day. That date changed, when, in 1989, the legislature designated the last Friday in April as Texas Arbor Day in order to align the Texas observance with the traditionally observed national Arbor Day." [The article says the first Arbor Day was officially on George Washington's birthday but that law expired in 1949.]" TreeHugger Tree Hugger Photos Humor Arbor Day Family Humour Green

Just a whole lot of Texas still observes Arbor Day in January. January is a much better month than April to plant trees down here. 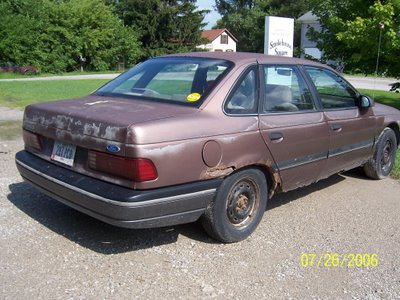 .
Original, one owner, low mileage, always (nearly) garage kept, the price is really low on this one!
.
This early model Ford Taurus needs nothing, a perfect school or work car for now, then save it for later when it becomes a classic.
.
Previously owned by a little old lady (a LOL), it's not an antique quite yet, it might never be. Automobile Automobile for Sale Classic Automobile Humor Life Scam Photos Classic
Won't you give this fine Iowa Automobile a nice home?
# posted by Jim : 1/26/2007 08:55:00 AM  8 comments

Houston Automobile Dealers Association (HADA)" is a trade association comprised of 180 franchised new car and truck dealers employing over 20,000 Texans in the Houston area. As a local backbone for the automotive industry, HADA hosts educational seminars and workshops for dealership employees, provides legislative representation, and engages in a number of other services designed to assist franchised new car and truck dealers.

MAP (link) is free, I've used them once but I can't remember what kind of problems I was having.

I can't link to a Houston Chronicle article because the paper treats the article as an ad, but it shows Donnie Buckalew as the new chairman of NADA. He and his father own Buckalew Chevrolet in Conroe (Texas) (link).

The Buckalew family are active members of our church, the First Baptist Church of Conroe. They also are very community oriented.

My favorite aspect of Buckalew Chevrolet is their sponsorship of all the Baylor football games on radio.

Baylor is one of my of my football teams, daughter, Karen, is a graduate from there. The University of Nebraska always gets my favor, I'm an alumni there, Texas A&M gets some cheers, son, Mitch has an engineering degree from A&M (he also has a degree from Rice University), and the University of Houston is a double favorite, Mike (son) and I both have degrees from there as well as granddaughter Jenna attending now.

I'm supposed to be liking the University of Texas also now because granddaughter Megan is a student there. I really have a hard time liking them because they just are NOT A LIKEABLE TEAM. They were mean to the University of Houston the first year the U of H was admitted to the old SouthWest Conference, notwithstanding that U of H was conference champion that very first year. Houston even won the Cotton Bowl that year.

Last of all listed here, but not nearly last in favorite or priorities is LSU. Mrs. Jim has two degrees from this very nice school. I have attended two LSU / University of Nebraska games. Nebraska won one and tied the other. 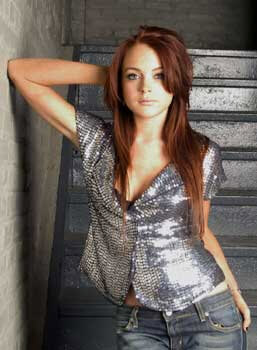 [there's a commercial at the beginning]:

The Most Depressing Day of the Year, 2007

From my blog last year (link, but it is copied below):

Dave Letterman said today (January 25, 2006) is the most depressing day of the year.

Someone should have told me earlier. So Dave told a bunch of ways to 'make you happy.' The only one I remember was that if Hillary gets in the White House you can bet Bill will misbehave again.

Followed by a clip, George Bush saying "follow me, the world is going to be worse." I won't remember that.

I wonder what tomorrow will be?"

Well, with next year and an election coming up, Hillary could get in the White House.

Little did we know that Mema would die [link]--but we aren't depressed over that, we are just a little lonesome for her already.

People are following George Bush, things might be worse.

For a hint of what he will say about Lindsay Lohan tonight, go here.

Well, I'm not depressed today. I hope you aren't either!