The couple came to the pastor for marriage counseling. They wanted a divorce.

After the pastor figured out they were 93 years old he asked if they were sure.

Yes, they were sure. They had been waiting a long time for this.

The pastor asked why, since they had been married 70 years they would want this.

We were waiting for our kids to die. The news would have been too hard on them.

My Ruby Red is dated September 15, above. click here!
Apple pie and cheese my favorite
I'd have a slice of American Cheese
over a large slice of still warm apple pie.
What could be better than that? 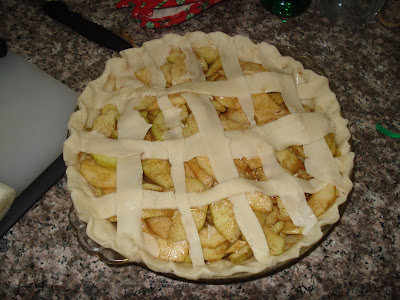 [large picture] [super sized]
.
What is to follow here will be my quick and easy apple pie recipe.
This apple pie will be really good once I get it baked.
.
But first I have to get dressed.
My Saturday morning rule,
be dressed by noon.

Okay, I didn't dress. Instead I typed up my recipe:

Heat oven to 425°. Prepare pastry using directions on the box.
Stir together optional spices, sliced apples, and prepared pie filling mix.
Turn into pastry-lined pans; dot with butter
Cover with top crust using fluting and design of your choice. Be sure
there are a few opening slits for the steam to escape.
Place strip of aluminum foil covering the edges. Otherwise the crusts
will bake first and may even burn.
Remove foil for the last 15 minutes.

Bake 45 minutes, more or less. Pie is done when crust is brown and
the pie liquids begin to ease or bubble through the crust openings.


Makes eight servings per pie. More if cut into smaller slices.
* I generally do not add additional spices. Remember the seasoning
in the prepared mix is for one pie in the eyes of the manufacturer. This
may not be strong enough flavor for two pies to suit your taste.
I hope you try making this, it really is quick and easy. And good!

You might like to give this a try.
Here’s how it works – describe your life (or something) in a phrase using just six words.
For more information, ask Cate.
After you post, sign in there with Mr. Linky
and then visit the others listed as you wish. 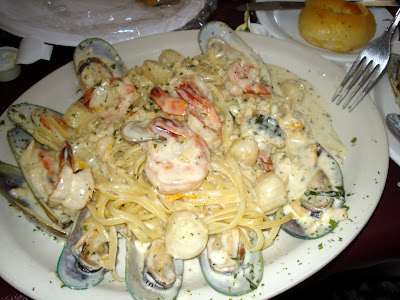 [large picture] [super sized]
Or Fruits of the Sea as my friend Joe, of Joe's Pizza and Pasta, calls this dish. Joe closed his Italian restaurant in New Jersey and moved here so we could enjoy delicious fruits of his Italian cooking skills.

Mrs. Jim and I shared this. I am not sure I could eaten the whole thing. I had my first on Mont-Saint-Michel (link) off the Normandy Coast of France.

It was in a quaint little restaurant carved in the mountain giving it a sort of cave-like atmosphere. Yet we could watch the pedestrians walking along on the sidewalks outside.

We have visited Mont-Saint-Michel three times, staying overnight on the island each time. Make hotel reservations early if you'd like to do that.

In this restaurant which was no exception to the general practice, patrons' dogs would come in with them to eat. The dogs are tethered on the owners' chairs and lay perfectly still until it is time to leave. Some save a scrap for their dogs.

That doesn't happen in Texas although Katrin sits perfectly still under our table while we are eating. Adi would beg through the whole meal if we let her. 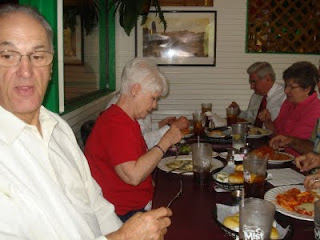 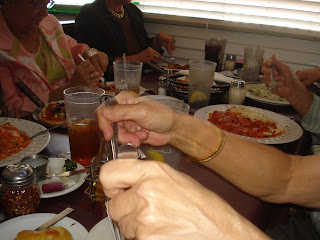 This was another meal after Church eating with some from Mrs. Jim's Sunday school class. They go to a restaurant almost every Sunday.

Once and in a while they do have a pot luck lunch. We never turn down an opportunity to eat with the group whatever we do or wherever we go. 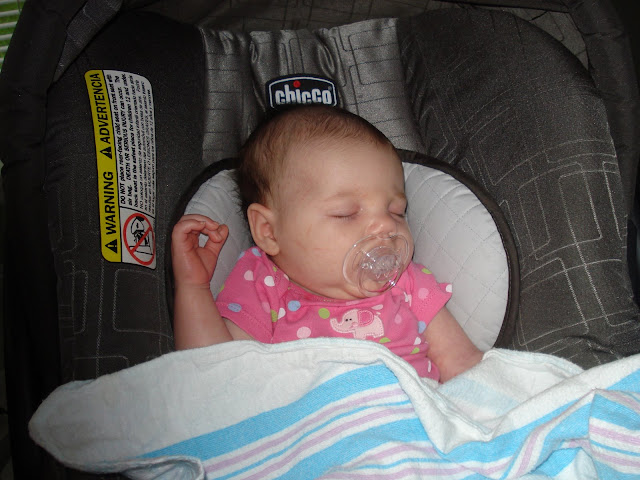 Of course the grandfather is pleased with the whole world. He took a little nap too but that picture might come later.
[large picture] [super sized] 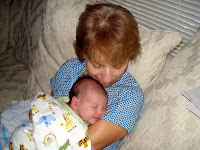 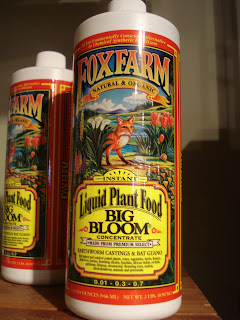 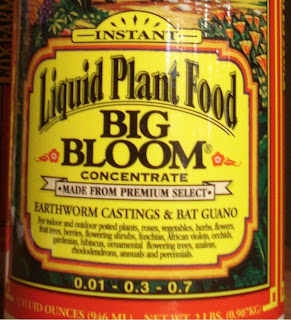 No, I didn't buy any. Our hardware store is going out of business so everything is on sale. 40 percent off for this stuff keeps it pretty expensive.

Two elderly women were out driving in a large car - both could barely see over the dashboard. As they were cruising along, they came to an intersection.

The stoplight was red, but they just went on through. The woman in the passenger seat thought to herself 'I must be losing it I could have sworn we just went through a red light.'

After a few more minutes, they came to another intersection and the light was red. Again, they went right through.

The woman in the passenger seat was almost sure that the light had been red but was really concerned that she was losing it. She was getting nervous.

At the next intersection, sure enough, the light was red and they went on through.

So, She turned to the other woman and said, 'Mildred, did you know that we just ran through three red lights in a row? You could have killed us both!'

The next time I run a red light I am going to say that!

I thought this was funny, it came in an e-mail from my SIL