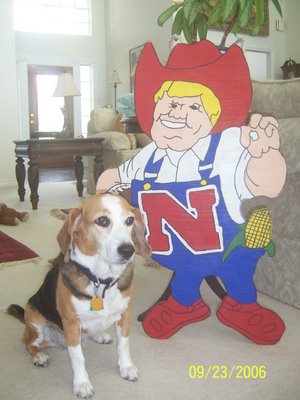 That's my prediction. Here are Harry Husker and Adi, just ready to root for Nebraska in good ol' Nebraska Football! Go here to find out the Harry Husker history.

My day is full today. I have a lot of work to do in finishing up my Sunday school lesson I'm supposed to teach tomorrow.

I hope to get enough done so I can listen to the Nebraska game via streaming audio at six tonight, probably from Radio KFAB (link), Omaha, Nebraska. A lot of times I will listen on Penquin Internet Radio (link), they have it coming from KLAV (Los Vegas) and their own audio link.

Mrs. Jim has flown the coupe this weekend to play at Calgary, Alberta, Canada (link). There she will do some more Mother/Daughter bonding as Karen is there on a business trip.

My bachelor days will end Tuesday evening. She has plenty of chores to keep my busy. Maybe more on that later. 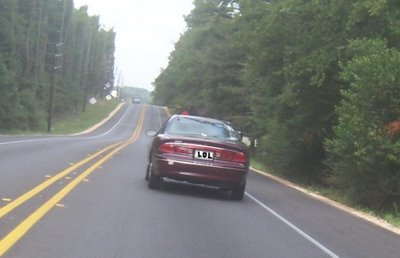 It doesn't last very long, but this lady's license plate (L.O.L.) sure wasn't funny at the moment.

In no time I caught up with her, I was coming back from taking Mrs. Jim to the airport and helping Mema with a few things.

I was in a hurry, this lady wasn't. The speed limit on our Farm to Market Road 1097 is 55, most go at least 60. She was going 43 when I caught up with her. As you can see, there isn't any passing for the next five miles!

First she smoothed her hair and did more lipstick. I was tailgating so I could watch her pull down her vanity mirror. Then she had to call her husband to check in. She almost went off the road dialing, that's what she was doing in this picture. Sports Driving Photos Travel Life Humor

Wouldn't you know it, finally we got to the lake bridge where I could pass and she upped her speed to 68. Her husband must have said hurry, he was hungry and it was almost dinner time!

I was fuming and fussing all the way but you would be proud of me. No cuss words! A few other choice ones though! 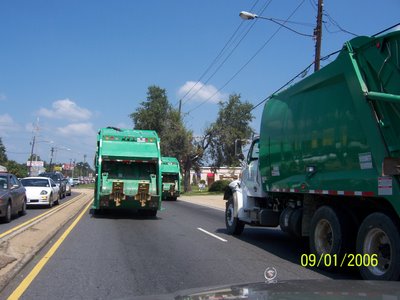 .
After following these guys in formation like this for several blocks, where do you think the dummy in the left lane went?

That green garbage truck made a right turn, the other two trucks let him in to do it. Traffic had been backed up for blocks behind this mess.

The driver of the car following him found out a few blocks later that he had gotten off the freeway four miles too soon.

Note: This is NOT Houston traffic. I don't want us to get a bad name for drivers like this. In fact, this didn't even happen in Texas. It did happen on my shift though. 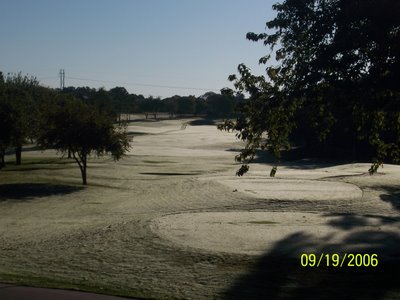 .
Yesterday was a little hectic. It started out peacefully, just as this picture deficts. The sun was shining brightly on the dewy golf course to the east.

The dining room attendant agreed it looked a little like snow. She has only seen snow one time in her life, that was two years ago on Christmas Day, right here!

You can see cart tracks in the distant, they lead to Adi's horse apple tree. Remember that?
. 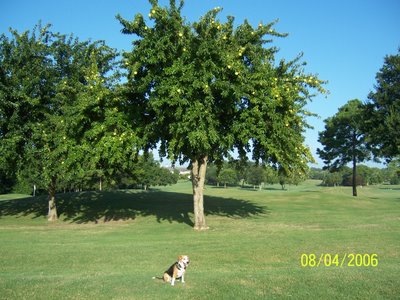 Away in the distance, now looking west, is the clubhouse from where I took the previous picture. Adi was feeling good the day that we took this one, as was she when I got home yesterday.

After taking my triglyceride medicine we would go for our Tuesday walk. We got a was late start because I am now going to a 7:30 Tuesday morning Bible study at the clubhouse. 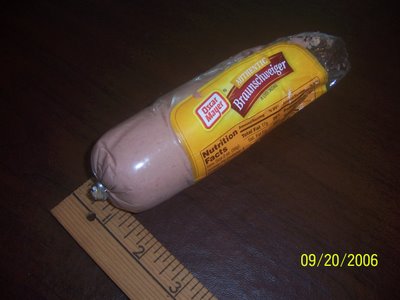 .
You might ask, "what does this picture have to do with this tale?"

Answer is what you don't see here. Missing is the other end that I cut off so I could spread a little on a few crackers (no-fat saltines).

Adi ate that other end, with the wire binding and all. In one bite, no not a bite but a gulp and swallow. No chewing for this Adi hound dog!

I was dabbing some left-on flavor from the cut off end wrapper onto her snack treat. The end slipped out of my fingers and Adi just woofed it up!

So I called her vet, Dr. Brian Hablinski, D.V.M., at his Willis Animal Clinic (link). By the way, if you click on that link, I am happy to say plans for a much needed larger building have been approved.

His nurse said to bring Adi in right away, we were there in ten minutes.
. 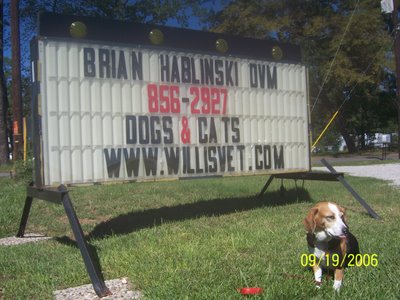 .
Adi looks a little sick here doesn't she. Absent now is the end wrapper piece, wire and all still intact. She was upchucking within five minutes of our being there. Adi is such a good, mindful, little doggie.

And she didn't have to have her stomach pumped. Instead they put a little pill under her right eyelid. That's why she looks like she has been crying.

The medicine was Apomorphine. That sure beat pumping her stomach. We had a little conversation about the pumping, is it now being as a teaching tool (what you took wasn't good, the remedy isn't pleasant, let's not do it again) by some medical professionals?

Medicine Animals Dogs Photos Family Life Health+and+wellness
Note: To view these pictures better, click on them. Then do away with your menus by doing Function Key 11 (f-11). To restore your browser, click f-11 again, then do "Back" (or 'backspace key'). Do that for the golf course picture and of our poor poorly looking Adi. She got lots of loving, from the attendants and from Jim.

Didgano III? Pirates -- “Smartly, me lass,” you will say as you send the bar maid off for another round

Yesterday I joined the pack, went with flow, followed the blind who were leading the blind, etc.

I think I did a plausible/plaudible job. I was an unknown number of almost 40,000 blogging on Talk like a Pirate Day.

Generally I don't like to be just one of the crowd, but after looking a little, I am proud of the job I did, a lot of thanks for that goes to Billy.

This one sums it up: "Talk like a Pirate Day was a private joke that went around the world. This year it is tomorrow September 19th . . . It's fun and it shows just how wierd ideas can go places thanks to the Internet." The Spoke, September 18, 2006.

You can go here (Technorati search on Talk like a Pirate Day) to read more than you want. Most aren't anymore thorough than mine yesterday. Just shows how ridiculous things can be on the Web. Life Pirate Humor Fun Talk+Like+a+Pirate Talk+Like+a+Pirate+Day
I do wish I had invented this holiday idea though, it is my style and I don't even like pirates.

I'll post a real blog this afternoon, got to run today. WalMart is calling me now.

Billy just told me that in my previous blog (scroll on down, but if it gets lost, try here)(That blog also has topics # 1, 2, and 3). It's a little late to get started with the lingo now, but we can try. For sure it will count as practice for next year.

So I googled "Arrrr! Talk like a pirate -- or prepare to be boarded" and first up was this site, International Talk Like A Pirate Day (link). Seems as though they would want a lot of Arrr's, Avast's, and Ahoy's in the vocabulary of a pirate. I'm wondering if they ever graduate to the B's and C's. The Pirate drawing is also from that site.

I read a little further, they do use B's and G's, I'm not sure about C's. The B's are Beauty, Bilge rat, and Bung hole. That last one in pirate talk is a (w)hole lot nicer than the U.S. Army usage.

According to Billy and Wikipedia (link), Columnist, Dave Barry also did a (w)hole lot to boost support for this holiday. Since he badmouthed the current pres in that September 8, 2002, Miami Herald article (link) I doubt it will become a national holiday here as long as the Republicans are in power.

Notes:
Thanks, Billy, for bringing this up and for providing the Dave Barry reference.

If anyone want's more info, those three links (Talk Like A Pirate Day, Dave and Wikipedia) have all kinds of help and links. To get outside those boxes, just Google "Arrrr! Talk like a pirate -- or prepare to be boarded." Life Pirate Humor Fun Talk+Like+a+Pirate Talk+Like+a+Pirate+Day
A little hint, but if you think Billy should be the guest editor here while I'm doing my next stint in prison--around October 13 for a while-- you can encourage him here. Just leave a comment as your vote.

"Designed to broaden the awareness of the positive aspects of aging and to provide inspiration for adults, ages 50+, to improve their physical, mental, social and financial health."

"Did you know that clipping and organizing coupons for as little as 20 minutes per week can save 20% off your grocery bill? "

3. Got this e-mail today from cousin Judy in Omaha

"Where ya all from, Sam?" asked the Ranger.


Notes:
The first two here are from the Opinion Digest, a monthly newsletter from mySurvey, http://mysurvey.com. I have been doing survey things for them for about 30 years. If you would like to check them out, click. They generally are looking for more participants. IT IS NOT A SCAM.

I have never been drinking anything except Diet Coke in the balcony, so that drunken cowboy wasn't me. [Also, the Texas Rangers don't police Amarillo but Nebraska people might think they do.]

Patience Is A Virtue 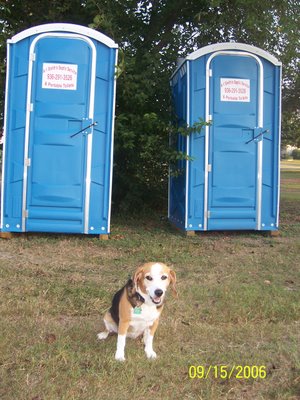 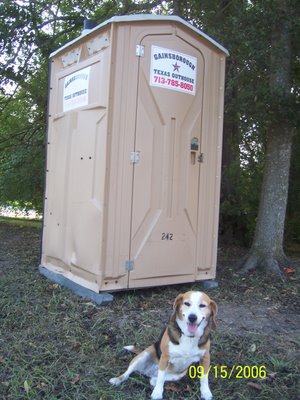 That last one was nice and clean." 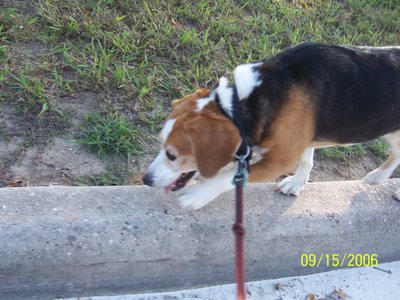 "But then, one can't be too particular

when she has the trots." 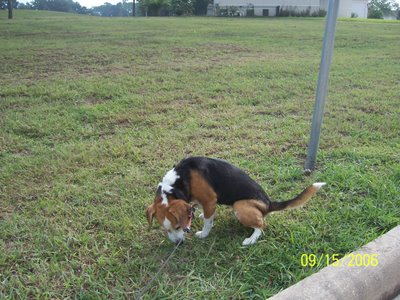 Life Photos Humor Animals Pets+and+Animals Dog
Patience Is A Virtue: "The proverb has been traced back to 'Piers Plowman' (1377) by William Langland and is similar to the Latin, Maxima enim..patientia virtus (Patience is the greatest virtue) and the French, Patience est une grant vertu. (Patience is a great value.)" [More, click here, at answerbag, Linguistics]

** Jim thinks that last outhouse just plain smelled too bad for poor Adi to go in.

Music for today, this is a really nice choir (Morehead State University)

Brother-in-law, Danny is singing in this choir. He is the fourth from the left on the back row, to the right of the guy with the pink shirt.

The piano player uses every key she can find too! Just a great player. Music Choir Video Family Video Education
[link to the choir music] Note: the second time through may be better if the first was skippy.