All the good news and more!

1. Easter is the Good News Story
2. Houston's Beer Can House will open in March
3. February 29th is Leap Year Day and Go Texan Day, both
4. We heard Billy Jo Shaver sing last night
.. (the Jim Bunch was eating there too!) 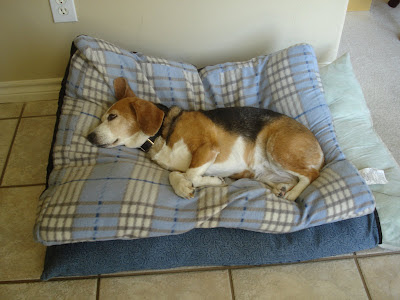 Easter is the Good News! Christ defeated death and Satan!

Our church will be doing an "Easter Celebration at the Lone Star" for the entire Montgomery County. Our choir will present Easter Music with the Sanctuary Orchestra in accompaniment (Mrs. Jim plays the viola).

Ad is a part of the "whole creation" awaiting the coming of the Lord again. 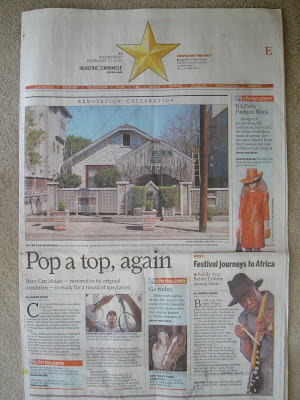 This is Houston's famous Beer Can House (link), displaying over 40,000 beer cans. It will open officially today, February 29. Tickets to the opening are $125 per person. [Link to the Houston Chronicle article with videos]


Leap Year! There is an extra day! February 29! Mrs. Jim wouldn't marry me in 1972 because it was leap year. My Dad teased Mom so much about getting married in Leap Year (1932) because in Leap Year the lady can propose to the man! Just like Dogpatch U.S.A!

Today is also Go Texan Day. Everyone wears Western wear, Texas style. If you don't have any cowboy boots you had better buy some quick or stay in bed. 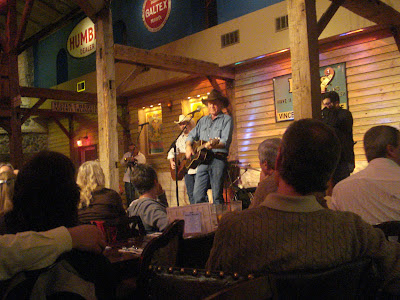 This is Billy Jo Shaver (link) and his music group. We went with friends, Charles and Lynn on Wednesday night. He writes the songs he plays, some have been picked up by pretty some other well known CW singers.

It was at the Dosey Doe in the Woodlands (link). Cover charge was $22 per head. 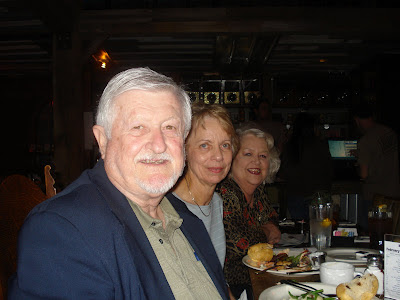 Jim and Mrs. Jim and a friend we met. The food was good, we had crab balls for appetizer. Mrs. Jim had the chicken green salad, I had chicken fried steak (Texas style with mashed potatoes and green beans, with white gravy on everything--my steak gravy was on the side). 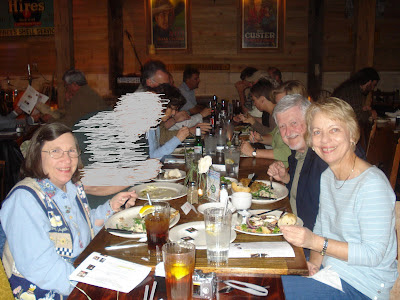 Charles picture wasn't right for putting on the blog, here are Lynn, Mrs. Jim, and me, with some more friends we met.

Birthday celebrations are reasons for the Jim Bunch to eat

Yesterday we went to Houston's Restaurant for an early dinner. I didn't get any pictures with the four of us and food on the table, but I did get these. 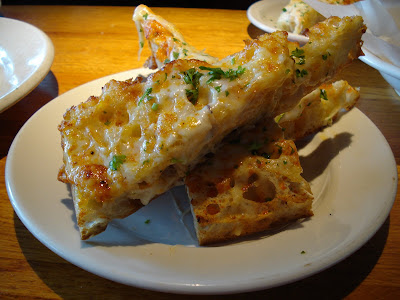 Houston's calls these cheese toast. They are made with focaccia bread, olive oil, Jack cheese, Parmesan cheese, and paprika. I don't know the proportions but they sure were good. 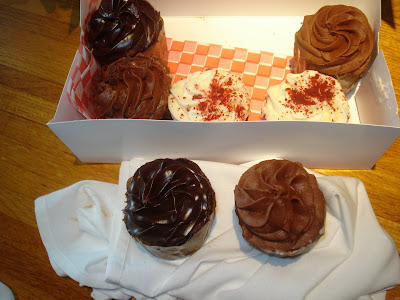 After the meal we had these cupcakes. Karen had stopped to get them, they would serve as birthday cake for Billy. Mrs Jim and I each carried a doggie bag home. Not for Adi though (I had ribs, they were delicious, all twelve of them).

Thirty-five years earlier here -- The Jims were hitched February 24, 1973 -- "what God has joined together, let man not separate" 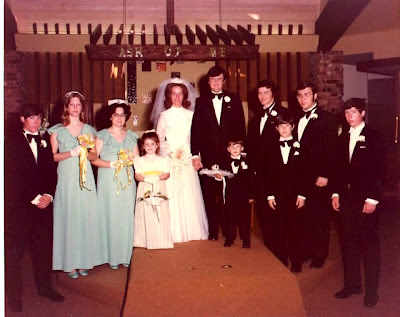 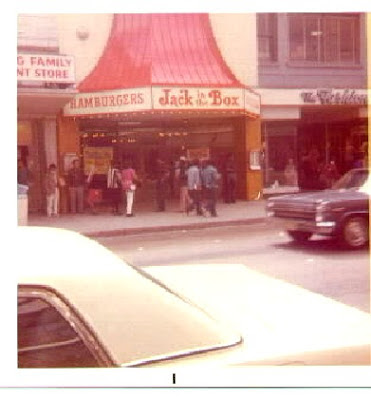 We had breakfast the next morning in San Antonio. At this Jack-in-the-Box which was across the street from our hotel on the river. It did not have a drive-though. And the hotel was on the river walk, our car was in the hotel garage. 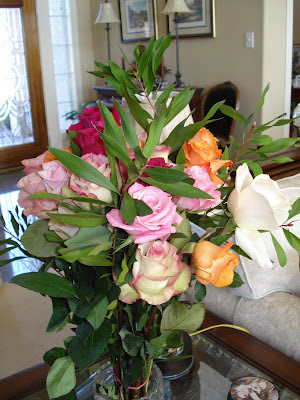 Last night the Jim Bunch ate again. Our friend took us to eat for our anniversary. Before we went to the club to eat, she gave us this nice bouquet of roses.

Would you believe I was the only one at the table who didn't speak French? Since Mrs. Jim isn't terribly proficient they mostly spoke English for both our benefits.

.
.
Note:
"Haven't you read," he replied, "that at the beginning the Creator 'made them male and female,'

and said, 'For this reason a man will leave his father and mother and be united to his wife, and the two will become one flesh'?

So they are no longer two, but one. Therefore what God has joined together, let man not separate."
[Jesus speaking in Matthew 19:4-6 (link)]